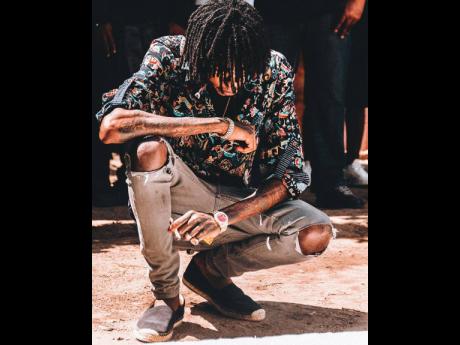 Contributed
A favourite shot of Alkaline by photographer Rockstaar. 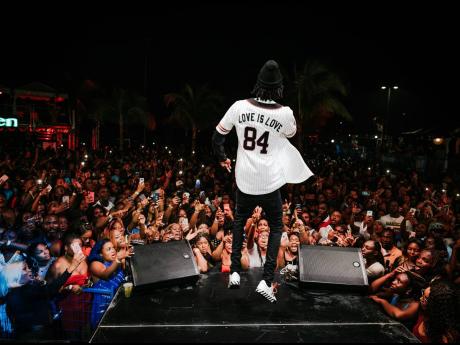 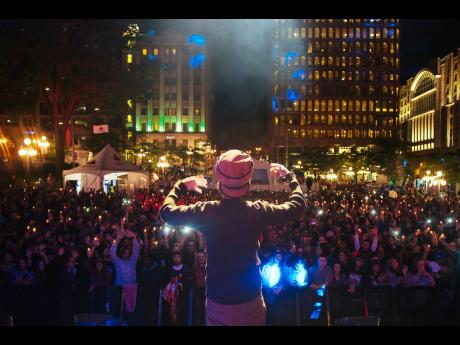 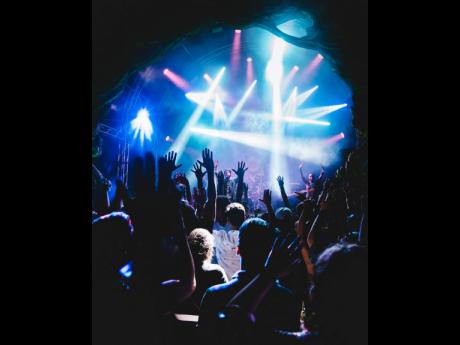 Contributed
A shot of Protoje performing in Translyvania, Romania, by Yannick Reid.
1
2
3
4

ENTERTAINERS DON’T go on tours alone. They move with entire crews of roadies, instrumentalists and assistants. And among those invaluable crewmates are photographers, who help keep fans at home in the know about where in the world their favourite performer is, which brands they may be wearing, and who’s hanging out in the studio.

But the photographers are all grounded now and forced to recalibrate their routines, creative pursuits and practices to suit a society suffering a global pandemic.

In a pre-COVID-19 world, Yannick Reid would be sorting through his gear in anticipation of a summer tour across Europe with Protoje. Now, he’s home for the foreseeable future, and “it’s a bit bittersweet. I was enjoying the time home, mostly because I don’t get to spend summer in Jamaica,” he told The Gleaner.

Before the pandemic secured its vice grip on the globe, Reid anticipated a wildly creative summer season. “I was expecting an exciting summer from Jamaica, in all creative aspects. Sometimes it’s sad to not be in the country when so much of these movements are happening.”

He continued: “Pre-COVID, Jamaica was getting active creatively. A lot of things were happening in different music scenes – not just reggae, but dancehall, as well as soca. It was inspiring and exciting to be around, to take in all that culture.”

Now, with no tours or concerts to cover, along with the necessary social-distancing directives and enforced curfews, photographers have to get even more creative, and give more attention to their archives.

Peter Clarke, better known as ‘Rockstaar’, usually hits the road with dancehall star Alkaline. Instead of stops and taking glamorous shots in locales like Ghana and New York, Rockstarr is also grounded, a little less busy, but still preoccupied.

He told The Gleaner that he has a wealth of content stored and ready to post just for fun. In addition to working with the ‘Vendetta Boss’, Rockstaar’s clientele includes I-Waata, Jahvillani, Jay Prince and others. As such, there is other work to be done, “like cover art and stuff like that,” Rockstaar, whose Instagram handle is @rockstaar_, said.

Reid is also still on the grind, despite the cancellation of his regular, summer-long European gig. “As a crew, we’re just trying to adapt to all the challenges that COVID has presented us, which is not easy.”

“Right now though, we are just working on the next set of stuff that you’re gonna be hearing from Protoje, Lila Ike and Sevana. We’re still trying to find creative ways to accompany the stuff that’s coming with visuals and vibes – to be as creative as possible without compromising what is necessary for public health and safety,” he said.