Bob Andy to be laid to rest at ‘appropriate time’ 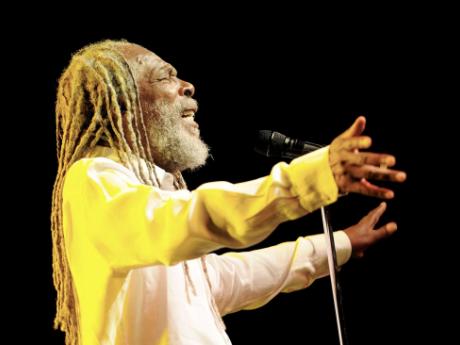 Beloved veteran reggae singer, Keith ‘Bob Andy’ Anderson, who passed away on March 27 after ailing for some time, has not yet been laid to rest. In a recent update, the family thanked fans for their “outpouring of condolence, prayers and well-wishes”, and announced that plans are being made for a service of thanksgiving. However, the family was unable to give a definite date.

“In keeping with his stated wishes, we will gather at the appropriate time to celebrate his continuing journey,” the release stated.

As a direct result of the COVID-19 pandemic, Jamaica has been in lockdown mode since the middle of March, and the Government has made it mandatory for persons to be at least six feet apart to maintain social distancing. Funeral services and interments have been severely impacted by restrictions which even dictate the length of time, and the number of persons who are allowed to be present. In an effort to enforce the ban on gathering in any public space, that number moved from 20 persons in March to 10 currently, and that also includes the officiating pastor.

Given his status within the music industry internationally, a funeral for Bob Andy would attract hundreds of mourners from across the globe. However, there are still restrictions at many ports of entry worldwide, including Jamaica’s.

Numbered among reggae’s most prolific songwriters, Bob Andy has enjoyed a storied career, receiving numerous trophies and accolades along the way, among them, the Order of Distinction (Commander class) from the Government in 2006 for his contribution to the development of Jamaican music.

Tributes flowed freely from his musical colleagues, fans and the Government when reports of his death were confirmed. Minister of Culture, Gender, Entertainment and Sport Olivia Grange stated, “Bob Andy was easily among the best songwriters Jamaica has ever produced. He leaves a legacy of some of the greatest hits, including the classic, I’ve Got to Go Back Home and Fire Burning. I have been a big fan of Bob Andy’s music. His writing was superb. Nobody could write songs like him. Bob Andy lived a long, creative life during which he’s been a singer, songwriter, producer, dancer and actor. I offer my sincerest condolences to his fans, colleagues, friends and family – especially his children Bobby, Bianka and Shamori. We all mourn the passing of a truly remarkable man.”

According to Bob Andy’s family, reggae’s elder statesman would have been both “honoured and humbled” by the many tributes, noting that although he impacted the world as an artiste, his family and many friends can attest to the fact that he was also “a loving human being with a remarkable intellect and sense of humour”.

The statement noted: “Until we are able to gather, we are blessed to have his music to celebrate his life and to keep us strong.”