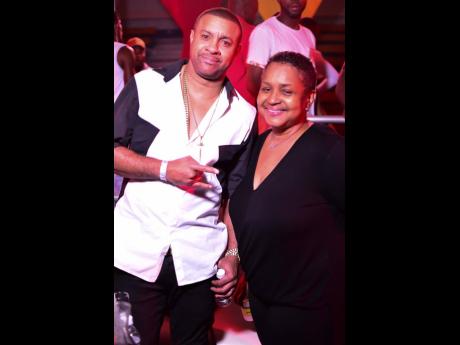 Contributed
Burke and Shaggy go way back. She is instrumental to the staging of Shaggy and Friends concert. 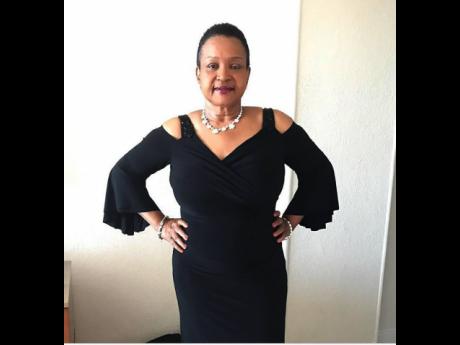 Almost a week after the historic Verzuz clash between dancehall legends Bounty Killer and Beenie Man, the iconic performance remains the highlight of a slow-moving entertainment industry. The clash which attracted more than 3 million viewers from across the globe has been hailed as the most successful Verzuz battle to date. Last Saturday’s show was the result of teamwork, but there is one woman who made it all possible. Her name is Sharon Burke and she is a powerhouse talent on the local entertainment circuit. Not only is Burke president of one of Jamaica’s most successful booking agencies, but she is the force behind some of the biggest entertainment events staged in Jamaica, including Shaggy and Friends and, most recently, the Jamaican leg of Buju Banton’s Long Walk to Freedom show. Not one keen on soaking up too much of the attention, Burke prefers to work behind the scenes. But her decision to remain in the shadows is not to be mistaken for complacency. Her immense contribution to local music has catapulted the island into the forefront of the global market many times. Her work relationships with some of the biggest international stars, including Swizz Beatz and DJ Khaled, has resulted in many iconic partnerships for countless local acts. In this week’s 5 Questions With, we get to learn a little bit more about this coy but powerful individual.

How did you get your start in the music industry?

My first job was with Tommy Cowan in 1984, who introduced me to Minister Olivia ‘Babsy’ Grange, who then made me work with Ronnie Burke on Reggae Sunsplash, and the rest is history, as they say.

You are considered the woman behind a lot of the big events and the careers of some of our top entertainers. Still, a lot of people wouldn’t know. Is that how you prefer working behind the scenes?

Yes, I much prefer to work behind the scenes. I get more work done that way because I have less distractions.

It’s often said if you do what you love, then work will never feel like work. Do you relate to this statement?

Yes, I do (lol). Right now, I am responding to these questions at 12:45 a.m. I love music so work is much easier because of that love.

What’s one of the things people would be surprised to know about Sharon Burke?

I am a great chef. One of my favourite things to prepare is curried shrimp.

The music industry can be ungrateful sometimes. What keeps you committed?

Having artistes like Shaggy, Bounty Killer, Aidonia, Beenie Man, Wayne Marshall, Ding Dong, Barrington Levy, Tessanne Chin still working with me; and then the new gems like Konshens, Kemar HighCon, Dre Island, Skorcha, Vanessa Bling, Jesse Royal, Shuga, Tanto Blakks, Jamila Falak, Jody Kay, Matthew Blake and Laa Lee. Having them on board, plus the team at Solid Agency, is what keeps me going and keeps this working.

How did you manage to pull off such a seamless staging of the Verzuz battle on Saturday? What kind of planning went into it?

Swizz and I have been friends for years upon years, so I called him and said Beenie and Bounty. He said do you think that can happen? And I told him to give me two days, and the rest is history. Doing the same thing over and over in this business will get you to a level of perfection.