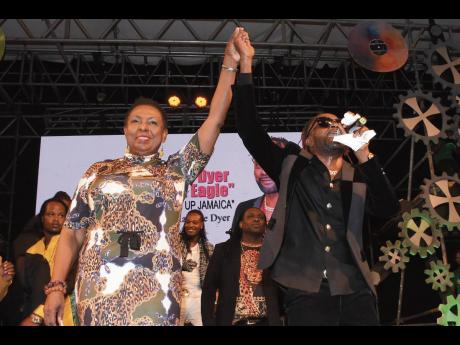 Television and social media platforms will be the engines that will run the Jamaica Festival Song Competition this year, as the COVID-19 restrictions continue to challenge the entertainment industry. In the run-up to the actual finals in July, Minister of Culture, Gender, Entertainment and Sport Olivia Grange has announced that there will be several changes in the how the programme is executed.

Disclosing that plans are well advanced for 2020 staging, she said, “We convened a panel of industry experts to analyse the songs that made it through the auditions, which were recorded, and those entries that we received through recordings. The 10 songs will be announced later this week.”

Minister Grange said there are high-level discussions taking place with strategic partners to finalise the format and presentation.

“This will be a signature year for the Jamaica Festival Song Competition. I hosted a think tank in February with members of the music industry to look at the way forward and we got some very good inputs and recommendations. Among those who attended were Buju Banton, Donovan Germain, Cleveland ‘Clevie’ Browne, Barry O’hare, Tommy Cowan, Clive Hunt, Not Nice and many others, including music administrators, radio presenters and media personalities. I feel renewed energy from the music industry and this will serve well for the future of the competition. Our goal is to have the industry and the public see this as a professional song competition, one of the oldest of its kind in the world. We intend to deliver in a very big way this year,” she added.

The Festival Song Competition in Jamaica began in 1966 and was conceptualised to give Jamaicans a feel-good vibe at independence time. The winning Jamaica Festival Song is meant to be a song that will be on the lips of every man, woman and child and a call to action at home and in the diaspora. The winning song is meant to be the backdrop of the Jamaica Festival Independence Celebrations.

Among the big winners in the past have been Toots and the Maytals, Eric Donaldson, Hopeton Lewis, Roy Rayon, Tinga Stewart and Nazzleman. It has had entries by Bob Marley, Rita Marley, Jacob Miller, Inner Circle and Desi Young. The current winner is St Ann-based singer Loaded Eagle.

She also revealed that the event is being rebranded, as the aim is to grow the brand ‘The Jamaica Festival Song’ and make it more attractive and to return it to its former glory.

Minister Grange says discussions are taking place at the executive level to finalise decisions regarding the other independence and festival activities, including Gospel Song Competition, Festival Queen Competition, World Reggae Dance, Culinary Arts, Creative Writing, Visual Arts, the National Festival of the Performing Arts and the Grand Gala on these programmes, and an announcement can be expected soon.