Ska King Derrick Morgan – a force to be reckoned with 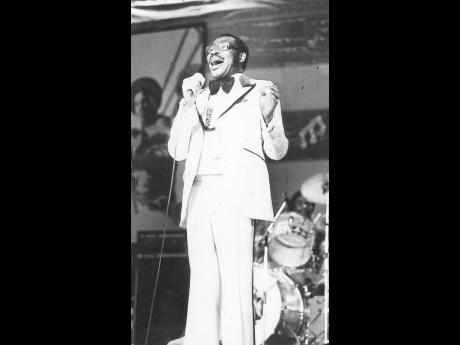 File
Morgan on stage in his element in his earlier days. 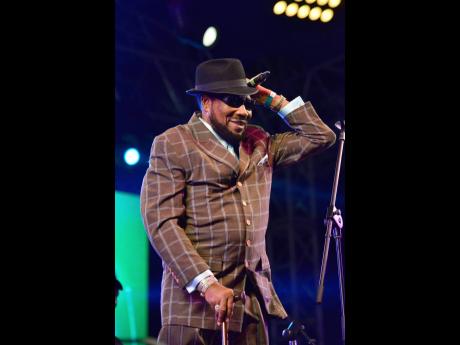 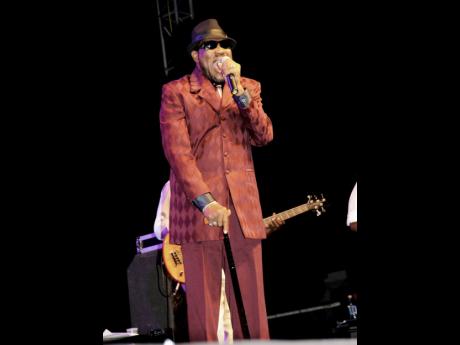 Ska King Derrick Morgan remains as cool as the proverbial cucumber as he recounts with dramatic fervour an incident which led to the curtailment of his stage manoeuvres in recent times. Apart from his wife Nellie, who has been his eyes, his best friend and main support for years, Morgan’s other main support has been a walking stick which accompanies him on stage for his performances.

The incident in question, which led to this ‘walking stick’ support, remains indelible in Morgan’s mind as he related it to me in an interview for The Gleaner.

“Me, Max Romeo and three friends were travelling to Montego Bay for a show put on by Hopeton Lewis in 1994. While somewhere in St Ann, the car suddenly went airborne, swinging from side to side, went over a wall and ended on a ball ground”, Morgan dramatically expounded.

He managed to wiggle his way through a window and, thereafter, heard voices from within the mangled remains shouting, “Mi dead, mi dead”, to which Morgan responded, “Shut yu mouth, can a dead man talk?”.

Morgan’s word came to pass, as truly it was only he who complained of an injury from the mysterious ordeal – a pain in the right hip. It was later revealed that a boulder rolled off the hillside and lodged under the rear axle of the vehicle, sending it airborne from a hilly incline.

After reaching Montego Bay by alternative means and doing the show with no serious ill-effects, Morgan visited a doctor who declared him fit. But sometimes an injury has a way of not immediately revealing itself until years after and, in Morgan’s case, it took six. It was on the day following his birthday bash in 2000 in Miami that Morgan declared, “I felt my big toe start tingling, then the other big toe followed. I visited the doctor, did an MRI, which revealed that a bone shifted and was touching my spinal cord. The doctor asked me if I ever had an accident and, when I revealed my 1994 ordeal, he concluded that my present condition was linked to it”.

Morgan had two operations done in an effort to correct the problem – the first to his neck and the second to his lower lumbar region, which left him dragging his feet while walking. According to Morgan, “From then, I’ve been off balance. I used to do shows standing, but, of late, I have to sit most times”.

Morgan, father of Queen Ifrica and one of the true pioneers of Jamaican popular music, celebrated his 80th birthday on March 27. He is immortalised in the annals of Jamaican popular music for, among other things, having the most hits all at once in the Jamaican top-10 charts and jump-starting the careers of some of the biggest names in the Jamaican entertainment business. Under very trying circumstances of being visually impaired and physically handicapped, Morgan, amazingly, continues to receive invitations for overseas engagements.