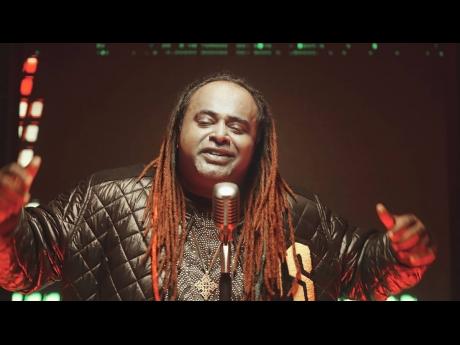 For award-winning Malaysian singer, songwriter, and producer Sasi The Don, his reggae journey started back in 1990, when the then 12-year-old embarked on a quest to find a musical connection. His peers were listening to the likes of Boys II Men and Vanilla Ice, but he just couldn’t find that intrinsic connection. Then, he discovered Dr Alban, a Nigerian artiste who was also a dentist, and subsequently, he unearthed a collection of reggae and dancehall artistes whose music would greatly influence the soundtrack of that journey.

“Dr Alban had a big influence in my life. He had started his career in Sweden, and his music was a cross between ragga, reggae, and European,” Sasi The Don recalled. At that time, reggae wasn’t as popular in Malaysia as it is now, and neither was the Internet, but he somehow managed to find what he was looking for and has, over the years, amassed a classic collection of reggae and dancehall CDs. Sasi The Don was also introduced to a lot of reggae artistes through the movie Cool Runnings.

“It was good music. It connected with my soul, and I went all out with reggae music. Shaggy was a big influence back in the days for me. I grew up listening to him, Apache Indian, Maxi Priest, Diana King, Super Cat, Bob Marley, Inner Circle, Ini Kamoze, and Jimmy Cliff,” he shared.

Sasi The Don recently released his Father’s Day tribute, a rollicking, dancehall-infused number titled Daddy Don. The music video, shot during the coronavirus pandemic lockdown, shows clips of his daughter and is packaged with a quote from Australian poet Pam Brown: “Dads are most ordinary men turned by love into heroes, adventurers, storytellers, and singers of song.” Sasi The Don said he wanted to “appreciate the many papa dons, nana dons, and baba dons out there saving lives”.

Some fans hailed it as a “comeback song”, and Sasi The Don is even now preparing to release his sixth studio album, titled Second Wave. There are eight new songs and four remixes, and according to the artiste, who is of Indian lineage, the idea is to connect generations through this album. “I want to connect with children, youth, people of my age and older. This album is about trying to bring passion and dreams together. It is all about connecting people together for beautiful reasons.”

The singer, who was given the title Reggae Ambassador of Asia, has been performing and recording albums since the year 2000 and has broken into the music scene in India. “I produce reggae, raggamuffin, dancehall, but always with an Asian touch. My aim is to always complement the Jamaican roots of reggae through my strong Indian influence. I call it Asian dancehall as it is a marriage of Asian culture and what comes largely out of Jamaica,” he said.

He stated that there is a big and growing market for the genre in Malaysia, which has a number of reggae bands. “Reggae in Malaysia is huge, and so is the listenership. It is actually big everywhere in Asia. We have 38 million people, 14 states, and many islands. There are bars themed after reggae music and after Bob Marley. Damian Marley is big, and I see Koffee and Chronixx slowly making their way. I am proud to be part of this ecosystem in my country,” Sasi The Don, who has a 2013 collab – Island Queen – with reggae singer Maxi Priest, told The Gleaner.

Having worked with some leading record labels, including Positive Tones, Sony Music, Universal Music India, Times Music India, and currently back with Sony Music, Sasi The Don says he is looking forward to more opportunities to collaborate with Jamaican artistes. He recalled that when Shaggy was in Malaysia for a festival, he was able to connect with him and learned a lot. “In my eyes, he’s a legend. I dream of making a song with Shaggy, I dream of jamming with Inner Circle. I want to take a selfie with Damian Marley and do a collab with Sean Paul. I want to do a cover of Jimmy Cliff’s Reggae Night. This album is a stepping stone into a new world.”

He added, “It is all in Jah’s hands, but I am ready. I want to have fun telling my part of the world about Jamaica.”

Sasi The Don has sold more than 100,000 copies of his albums and is the first solo Malaysian Tamil artiste to break mainstream. Regionally, he has won and been nominated for multiple music awards, among them Anugerah Industri Musik Malaysia, Bintang Popular, Anugerah Era, Anugerah MACP, Anugerah, and Planet Musik.