What does Independence mean to you? 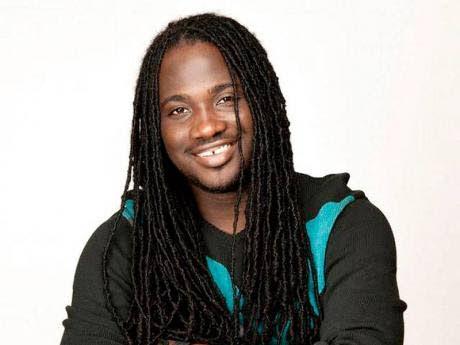 Today, as the country celebrates 58 years of Independence under the theme ‘Resilient and Strong’, we ask some formidable figures in the entertainment industry to express what the holiday means to them. Some say it is a time of celebration as it is the result of a long, hard-fought battle by our ancestors to gain liberation from slavery, others say that in 2020, as remnants of a colonial system still rears its ugly head, Independence is an illusion as the nation, though free, is still oppressed mentally.

I Octane, reggae artiste: For me, growing up, Independence Day was all about the celebrations. I loved dressing up in my colours and celebrating the country because at that age, I understood that this was the day we became a free nation. But as I got older, I realised that as Jamaicans we only celebrate the idea of it (being independent) because it’s good, but deep down, it (the idea of Independence) is a big façade. We can’t be independent and having Independence Day when we’re still running our machinery off a dependent system. We are not truly independent. We might be free in certain ways and couple things that we do but in a great way, our system is still dependent ... . [I] just work wid it because we have people before us that have done a lot of work to get us to this moment. Our heroes put out a lot of work to get this freedom for us as a nation, and so when I celebrate, I celebrate them and their efforts.

Spice, dancehall artiste (who is celebrating her birthday today): Independence Day, which is also my birthday, is the most important day in the year for me . To me, it’s like celebrating the birth of my country and my birth in one. COVID-19 has placed a dent on big celebrations this year because people can’t come together and celebrate as they would want at this time. However, Jamaicans are a unique people and I’m sure they will find a way at home to enjoy holidays and celebrate with their immediate families. I hear a lot of people saying to cancel Independence Day because of the judges’ ruling regarding the dreadlocked little girl last week, but to me, cancelling it would be like cancelling what our ancestors fought for. I am totally against the judges’ ruling but we can find better ways to tackle this decision than cancelling a day that’s such an important day in our history.

Julian Marley, Grammy-nominated artiste and son of the late Bob Marley: Independence is a holiday worth celebrating every year but we affi bring back a certain level of consciousness to the day. As a nation, we need to come together and remember why we’re celebrating. This is the day black kings and queens of our country took back their power and we affi recognise that again. Jamaican independence means freedom of mind, freedom of speech, the freedom to teach what we have to the world. We are important and we have to make sure we nurture our people in that importance. One love to everyone, peace and blessings.

Richard Roache, artiste manager: I don’t know if we are truly independent because Independence means standing on your own two feet and making your own rules and laws. When you become independent from your parents, you take on full responsibility for yourself, and I don’t know if as a nation we have taken on that responsibility completely. We are out there and ‘free’ but we’re still calling upon others to bail us out of our problems like a child who runs away and gets into trouble and has to come running back to their parents. Still, I salute and celebrate the work our ancestors did to get us to the point of freedom. They are who we celebrate on this day.

Gussie Clarke, veteran producer: I don’t believe we are independent as a people. How can we be independent when we’re financially dependent and the Queen is still basically the head of state? That is a remnant of the British imperialism and it and the other remnants of colonial power have to be removed from our laws and then our thoughts before we can say we’re truly independent. Independence right now is seen in two kinds of ways: the cultural way and as a holiday. Very few look at it from a cultural perspective because most adults see it as a time for fun when dem go party and session and so. The bulk of people see it just as a holiday.