Eddy Grant pulls the plug on Trump over ‘Electric Ave’ 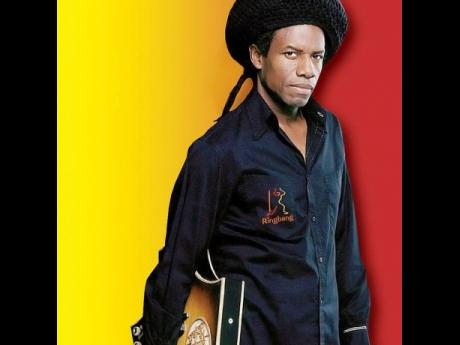 Legendary Guyanese-British singer and founder of the ringbang genre of music, Eddy Grant, has accused US President Donald Trump and his campaign of unauthorised use of his blockbuster reggae fusion hit song, Electric Avenue, which topped the US charts in 1983.

In a 54-second animated video on Twitter, which up to news time had 13.2 million views, the Trump campaign used Grant’s song as the soundtrack, while criticising Democratic presidential candidate Joe Biden. It was originally posted to the personal Twitter account of White House Deputy Chief of Staff Dan Scavino, Kaieteur News states.

The site further added that Eddy Grant’s legal counsel, Wallace E. J. Collins, who is a leading copyright authority, sent a cease and desist letter to the Donald Trump campaign. “Collins is demanding of the Trump campaign that they immediately cease and desist from any further use “or exploitation of Electric Avenue. He is also demanding that the Trump campaign “hold any monies arising out of or relating to your campaign” and attributable to the infringing use of Electric Avenue, until “the matter is fully and fairly resolved”.

Grant posted a news story to his own Instagram account on Saturday, which stated, “Collins said ‘we prefer to resolve this dispute expeditiously, in order to avoid time-consuming and costly litigation and the negative publicity that can surround the unauthorised use of such an iconic musical composition, especially where the use indicates a fundamental misunderstanding of the very meaning of the underlying work’.” As for Grant, he had a few choice words of his own: “I call upon such arbiter, as is responsible for this sordid abuse, to come forward like a man and let’s sort this thing out, in the way that America demands when such issues are to be sorted, especially when they are wrong. Mr Trump, I am calling on you. You are the final arbiter and I await the word from you.”

On social media, Donald Trump is being properly educated about the origins of Electric Avenue. In an article headlined ‘Trump mocks Biden in new video with ‘ Electric Avenue’, but isn’t Eddy Grant’s song about 1981 Brixton riots?’ meaww.com shared pertinent quotes from fans and music lovers to the US president.

“ Electric Avenue was about the 1981 Brixton Riot which was a result of racial issues and poverty/inequality, literally fighting AGAINST Trump’s mindset & priorities and the failings of capitalism.”

Another fans stated, “ Electric Avenue, written by a Black British/Guyanese singer/songwriter is about the Brixton uprising/race riots. I hope you are sued.”

Eddy Grant’s career spans over five decades, starting when he formed the pioneering multiracial pop/rock group, The Equals, which had three top 10 singles in the UK. In his early twenties, his career course shifted when a genetic condition triggered a severe heart attack, forcing him to step away from touring. He later focused on a solo career and also launched his own label, Ice Records, in 1974. Grant relocated to Barbados in 1982 and opened the Blue Wave Studios, which continues to function as his base. His last album, Plaisance, was released in 2017. It is named after, and dedicated to, his home town in Guyana.