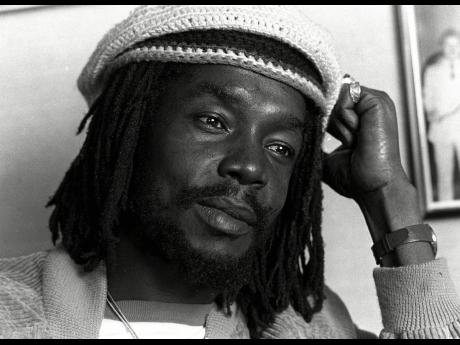 Peter Tosh’s youngest son, Gamal Jawara McIntosh, aka ‘Tosh1’, 41, was recently cremated in the US, Dave Tosh, one of Peter Tosh’s son confirmed. A devout Rastafarian, Jawara was mercilessly beaten at the Bergen County Jail in New Jersey by inmate Kyrie Charon Baum. He passed away on Friday, July 17, 2020. A virtual celebration of Jawara’s life is scheduled to be held soon.

Tosh1, a father of four, who, like his dad, was an activist for the legalisation of marijuana, was serving a sentence for cannabis-related charges when he was beaten on February 21, 2017. The once-vibrant singer, who was carrying on the legacy of his father’s music, along with his own signature songs, sustained traumatic brain injuries and was confined to a bed. He was eventually transferred from New Jersey to Boston, where he remained until his passing, in the care of his mother, Melody Cunningham, and sister Niambe, administrator of the estate of Peter Tosh.

“Gamal born inna me hand,” Dave Tosh shared with The Gleaner. “He lived at the house with Peter and Melody, so pretty much me dey round him from dem time deh,” he said.

“I came to live at this very same Red Hills house when Gamal was only months old. From day one, Gamal was my responsibility for 24 hours per day. Showers, cleaning, feeding, playing, and even while he was asleep. Over the next four years, I had to take Gamal with me to school for every class party at Christmas, sports days, during spring, and final days leading up to summer holidays. And even if I had classes on Saturday, I had to take him, too,” he explained.

Asked about the decision to cremate Jawara, Dave, the outspoken brother, said, “What I would have wanted to see done I won’t see, because I am in Jamaica and he is in America. If I was in charge and had the ability to do more, then I would; but for whatever it is, right now we have to accept it because it is a global pandemic and people have all sorts of reasons and rational to do whatever is done. Personally, I will let history be the judge.”

Tosh1’s musical odyssey began soon after as he wailed his first cry as a baby on Peter’s 1981 single, Poor Man A Feel It. The song, Dave recalled, was voiced at Dynamic Sounds studio in Kingston for Peter’s fifth studio album, Wanted Dread & Alive, that was released for Rolling Stones Records. The final mix for the track was done in New York. At age five, Jawara moved with his family to Boston, Massachusetts, where he was introduced to the music of hip hop pioneers Public Enemy, Kool Moe Dee, N.W.A., L.L. Cool J, and others, but it was the lyrics and music of his uncle Bunny Wailer, Bob Marley and his father Peter that inspired his musical offering.

As Tosh1 grew older and more in tune with his roots, he yearned to carry on the legacy of his father, as well as establish his own sound. His remake of You Can’t Blame the Youth – Peter’s controversial song that criticised the systemic failures of modern education in helping the youth reach their full potential – proved he was ready to awaken the spirit of his father and deliver the message to his generation. The track was used to launch the inaugural hosting of the ‘Can’t Blame The Youth’ campaign to celebrate Black History/Reggae Month in February 2019.

In 2017, after the jailhouse beating, his mother Melody and Jawara’s nine siblings filed a lawsuit against Bergen County Jail in Hackensack, New Jersey, for failing to protect and uphold the human rights and the dignity of Jawara. Several months prior to Jawara’s assault, he recorded a remake of his father’s classic smash single Downpressor Man, which was released last year as one of the efforts of the Tosh family to celebrate ‘4/20’.

“Jawara, you are a true soldier and we are blessed to have you as a son, a brother, a father, and a friend. Please hug and kiss our ancestors for the family. Your legacy lives on through your children, Jahzarah, Jeremaiah, Nazare, and Azariah” was the heartfelt tribute the family posted on the Peter Tosh Instagram page days after Jawara’s death.