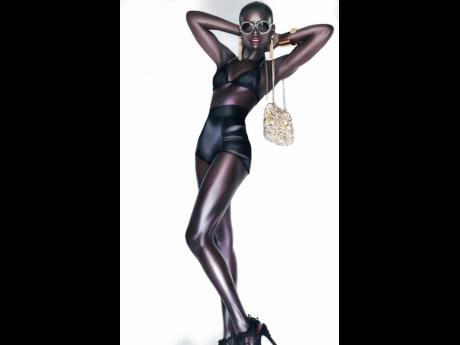 “Her features are too strong; she is not quite right for us.” This was the typical response of international agents when we introduced many of our models. Lois Samuels saw every model agent in Paris, London, and New York without success before Beth Ann Hardison, herself a black activist against racism in the fashion industry, signed Samuels to her agency. Lois would become a big success and Pulse’s first Vogue cover girl.

I would take bets as to whether that “too strong” statement would be uttered today. The seismic shift in thought about how the power structure views black people and obstacles we have had to surmount would immediately void those words. And still, we have got even more negative feedback over the 40 years that Pulse has been introducing black models to an industry with very little representation of our race. It was common to hear that agencies already had enough black girls on their books and, therefore, could not accommodate any more. Yet, we have been undeterred and, nonetheless, very successful.

Pulse has driven the ascendency of black models in the world at three different periods in the last 35 years: first during the late ’80s and early ’90s in the Lois Samuels-Angela Neil-Nikki Vassell era, then the early 2000s in the Nadine Willis-Jaunel McKenzie-Carla Campbell-Oraine Barrett era, followed by the mid- to late period of the first decade of the 21st century in the Jeneil Williams-Gaye McDonald-Suna Gottshalk-Sedene Blake era. Once again, a new guard from Pulse is ascending, led by Alicia Burke with Francine James and Miqueal Symone Williams. Regardless, our success would have been multiplied manyfold if the industry had been open to giving black models and, indeed, all black professionals an equal opportunity.

For us, it has been an unwavering and consistent 40 years of advancing and celebrating beautiful black lives in the business of modelling. We have long recognised our power, strength, and intrinsic ability to represent blackness and beauty to and for ourselves as Jamaicans. And so when Kingsley Cooper started Pulse and set out to show the modelling powers in Paris, London, and New York that we, too, should have a seat at the table, he was undaunted by the ingrained, institutionalised prejudice. The challenges were all around, but the successes would just be one campaign, one magazine editorial, or a cover away. It was enough to encourage the sensibilities and fortify the belief that even more was possible. The foundation was laid, and it was then time to get to work to show that this was not just a flash in the pan but the beginning of a modern modelling industry for Jamaica and the wider Caribbean. And yes, young black women could look to modelling as a career option, despite the misgivings about its viability, particularly back in those days.

Powered by passion and driven by a strong motive to produce results, the Pulse system of introducing new faces from Jamaica and later, the greater Caribbean to the international market took hold and developed many early successes. These successes spanned both sides of the Atlantic. Kimberley Mais, a trailblazer, made her mark in Tokyo, Paris, and New York. To this day, hers is one of the most successful careers of all Pulse models. Angela Neil, Althea Laing, Juline Samuels, and a host of others would be featured in magazines and advertising in the major markets of New York, London, Paris, and Milan. Since then, the list of highly successful Pulse models has been widely documented, from multiple cover girl Lois Samuels to Jaunel McKenzie, who became the world’s number one black model for three years running, to Jeneil Williams, who appeared in the first all-black edition of Vogue (Italian). Fast-forward to more recent times with Alicia Burke’s cover appearance, again, for Vogue Italia. Pulse models have worked for the most important fashion brands worldwide.

Although significant for Pulse, in the global context, this was little more than tokenism in how the fashion world saw and used the services of black beauty. Rarely did a black model front a global fashion campaign for a major brand (as did Nadine Willis for Gucci in 2002) or appear on a major magazine cover.

Fashion’s white power brokers kept a tight rein and limited the access of a significant number of beautiful black women.