The ‘Twist and Turn’ of Popcaan - Artiste at the next level 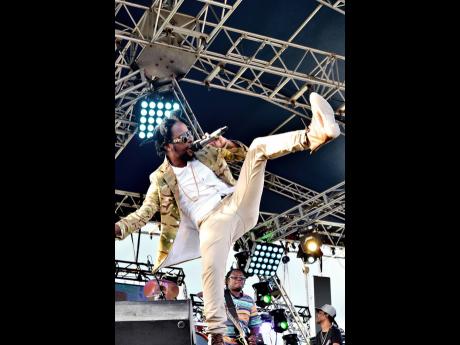 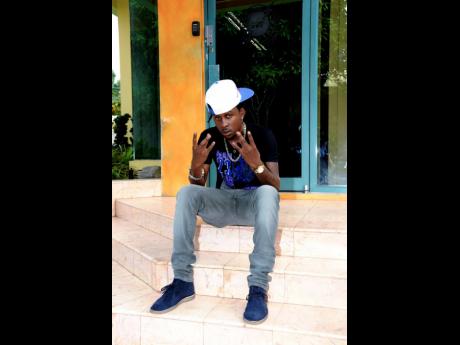 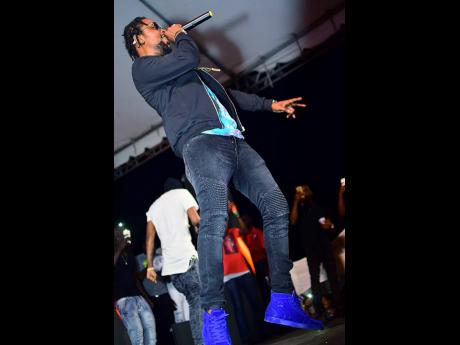 “Dem say mi nah go nuh weh (and youth), yuh nah go make no money. Dem say mi soon affi run away but dem a dream.” Those are poignant lines from Popcaan’s 2010 hit single, Dream, in which he forecasts his musical success. The song chronicles the deejay’s state of mind, as he is determined to make his dreams a reality, despite doubts surrounding his talent and his ability to achieve longevity in the music business. With a decade of achievements under his belt, some music industry insiders believe it may be safe to say the ‘Unruly Boss’ is well on his way to becoming the next big dancehall act to achieve major crossover success.

Julian Jones-Griffith, artiste manager and record label owner, told The Sunday Gleaner that, with his achievements over the years, the Firm and Strong singer has the world at his fingertips and needs only to do everything in his power to seize all opportunities as they are presented. “Popcaan has a movement around him and he’s just dropped arguably his best project to date with the Fixtape compilation. His career is still on an upward trajectory. If you really assess things, Popcaan has managed to accomplish all he has in the midst of being hampered by his inability to perform and promote himself in the US. That alone amplifies his achievements even more.”

Label owner Sean ‘Contractor’ Edwards agreed. “Nobody can deny Popcaan’s potential. I think, for an artiste who has largely been doing the work on his own, Popcaan has done very well for himself in terms of penetrating the reggae and dancehall markets in Africa, Europe, the UK and the United States. His association with Drake has boosted him a lot and, if and when he finds that huge crossover hit, he will be even more of a superstar than he already is.”

Edwards, who has worked with the likes of international artistes such as Ed Sheeran, Sean Kingston and most recently Shatta Wale says, if Popcaan’s team plays close attention to the recent buzz he has been creating on the overseas circuit, they will see that the artiste may already have that career-changing song on their hands. “The track Twist and Turn with Drake and PartNextDoor is the one that’s doing really well on the international market, and they have to start pushing that song even more. That is the song that got him on Obama’s summer playlist, and it could be the track that pushes him into even more international success.”

Both Edwards and Jones-Griffith also expressed the view that, with the playing field in music now level because of travel restrictions caused by COVID-19, now is the opportune time for Popcaan and his team to make even bigger leaps on the international circuit. They explained that, with artistes now being commissioned to perform via live streaming, those who have been banned from physically entering a country can still make appearances on stage shows and TV shows in these countries via virtual reality.

Artiste manager Richard Roach who does work for Unruly Camp member Quada, says, with Popcaan’s international appeal continuing to grow, it is now up to his team to push him to new heights. “Popcaan has done the groundwork. Over the years, he has defied the odds and, even when the negative overshadows the good work he has done, he continues to outdo himself. Many people didn’t expect him to get to where he’s at right now and so I am quite sure that, with OVO behind him, he will make more of those international moves,” he said. “I do see him being one of those acts that can get to the level of Sean Paul, Shabba, Shaggy or Beenie Man. I mean, the artiste sold out concerts in London more than once. He is a crowd-puller, a performer, and he has done so much that he has pushed himself above and beyond.”

Since his introduction to music via a collaboration with mentor Vybz Kartel back in 2010, Popcaan has gone on to carve out his own musical path. He has managed to create his own musical brand by chalking up an impressive list of international successes. In 2015, his collaborative single Good Times made Billboard Magazine’s Top 10 songs. Then in 2017, that track was picked up by Coca-Cola for their ‘Share A Coke’ summer campaign. That same year, he was the only Jamaican act to have a song on the Rolling Stone 50 Best Songs list. His collaboration with Gorillaz titled Saturnz Barz, came in at number 38 on the list. In October 2016, Popcaan made headlines after his vocals were featured in the official ad for Michael Jordan’s OVO-inspired clothing line. In 2018, the ‘Unruly Boss’ sold out London’s second-largest indoor arena, before going on to give birth to Unruly Fest. His most recent international successes came earlier this week when he made his debut on former US president Barack Obama’s highly regarded summer playlist for 2020. That accomplishment came hours after the artiste cracked the Billboard Top 200 chart with his recently released compilation, Fixtape, which made its debut at number 94.