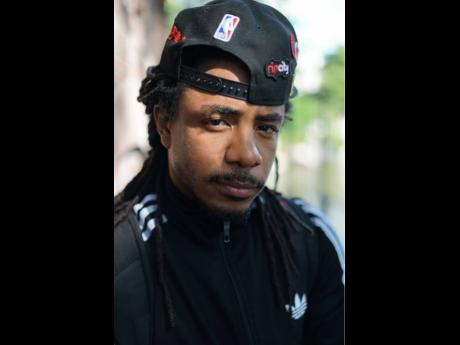 Sean ‘Young Pow’ Diedrick says having been brought up in a musical family, there was no escaping the lure of the entertainment industry. And, with his three brothers also having musical inclinations, the seasoned producer and musician said he had no intentions to do anything else. From getting a job as a musician in the hotel industry to landing a spot in Damian Marley’s band, Young Pow recalls working his way up the ranks. A firm believer in growth and ‘evolution’, as he described it, the producer stepped into different realms of the music business back in 2018 when he became a Grammy-winning producer, having done work on Marley’s Stony Hill album. He told The Gleaner that having learnt from the best, he plans to use the years of experience he has acquired to continue fostering his own development.

“I have been working with him now for almost 17 years. At first, it was like almost a dream because I was just leaving high school, and trust me, getting into a big band mi used to just sit and wonder if it was all real. You know you grow up hearing about Bob Marley and his kids and then suddenly, you’re in a band for one and so it was kinda overwhelming at first. But the whole journey has just been such a good experience. I know I have been learning from one of the best to ever do it,” he said. “I am a person that loves evolution. I believe that a person should grow from one stage to another and so naturally, I see myself transcending to different levels in life. Being in the band, I evolved from being just a musician to becoming a Grammy-winning producer. Working with Damian is where my journey as a producer really began.”

Citing discipline as one of the biggest lessons he has learnt from working with Damian Marley, Young Pow says he believes he’s ready to make his own mark on the industry. And, with the prestige and industry know-how he has acquired during his 17 years as part of Marley’s team, the producer says another Grammy, this time for his own project, is not unattainable. “The Grammy thing was gold and something that I knew would happen. Is a whole heap a sacrifice went into that album not just on his (Marley’s) part but everyone on the team. I won’t say I was surprised by it when it happened because that was the aim. Still, I was excited to know that I thought about this, put in the work, visioned it all and it happened,” he said, indicating that the Grammy win has been acting as a catalyst for his solo work. “You know branding is important and so, of course, the Grammy addition has brought about respect and attention because people tend to want to see all these titles and accolades because that is the society we live in, and so people are coming to me because they know the quality of work based on the Grammy acquisition.”

As part of his preparation to earn another golden gramophone, Young Pow has been working on a riddim called Turn It Up. The juggling was officially released last Friday and it features acts such as Kabaka Pyramid, Mykal Rose and Answale, a new artiste who is signed to his label, Young Pow Productions, and Irie Soldier from Spain. Young Pow says he believes the project will help to solidify him as a force in the production world.