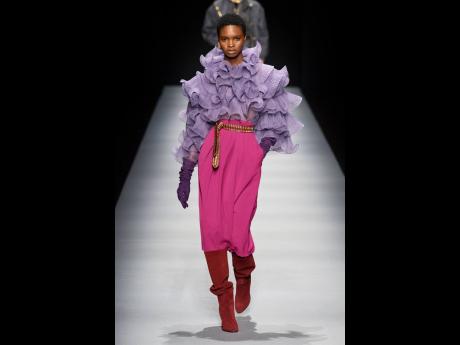 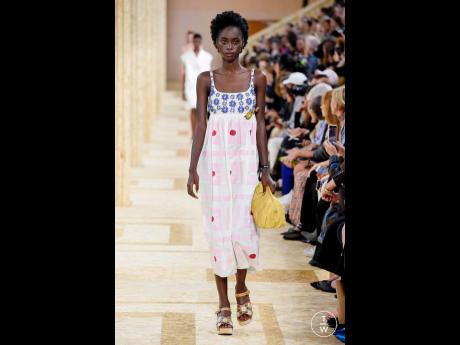 Contributed
Tomiwa, nursing student resident in the Osun state, was discovered online in late 2018 by Peters. 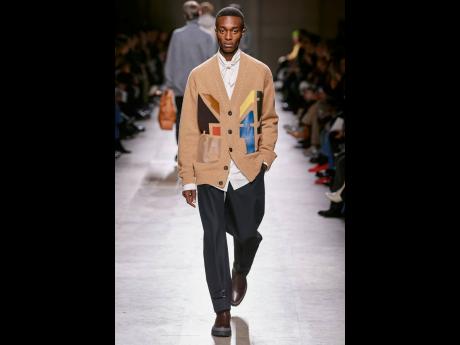 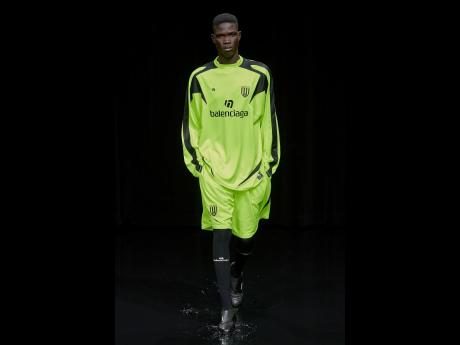 Contributed
Cameroon national Gedon Kit was discovered on Instagram in 2019.
1
2
3
4

Recognising their pure and authentic beauty, African queens have readjusted their crowns and reclaimed their rightful place on the runway, with the help of one of the leading local style and talent agencies. Saint International has successfully expanded its reach to Africa and now represents a fast-growing list of next-generation fashion stars from the continent. Within just two years, Saint has signed talent from the motherland and has already garnered enviable advertising and impressive runway work for such elite luxury labels as Balmain, Balenciaga, Celine, Hermès, Louis Vuitton and Miu Miu.

“There is no model agency in Jamaica or anywhere in the Caribbean that has done what we did; taking models from continental Africa, specifically Nigeria and Cameroon, and directly booking them for the most prestigious fashion jobs in the world,” the characteristically bold Saint founder and head honcho Deiwght Peters to The Gleaner.

Peters outlined that he was able to leverage Saint’s powerful global network within the industry to be able to discover a model in an African country. And within a few weeks, getting her on a plane to Paris to start a career that once was only a dream.

“The tastemakers in the international fashion industry embraced our new African models with a fervent passion that exceeded my expectations,” he enthused. “In a relatively short span, we have made major inroads across the continent of Africa and have identified, developed and made tangible stars from Nigeria and Cameroon.”

One of Saint’s African breakout models is Nigerian stunner Tomiwa. A nursing student resident in the Osun state, she was discovered online in late 2018 by Peters. The 21-year old beauty made her debut as an exclusive model for French label Celine (negotiated directly from Jamaica by Peters) at their much-lauded 2019 runway show in Paris last year February. “Deiwght believed in me and felt I could do well internationally, and he still does, which boosted my confidence to a hundred,” she shared.

Also making waves is Nigerian Saint David Oyinloye, currently starring in the lookbook for the French luxury goods manufacturer Hermés. “I am happy to be putting Africa on the map,” the genetically blessed model said. A trained electrical engineer, Oyinloye admitted that “the ups and downs in the industry before I joined Saint almost made me give up, and thank God I didn’t as I would have missed out on a lot”.

Not missing a beat on golden opportunities was Aworo Mayowa, an English literature graduate from Lagos State University. “I randomly followed Deiwght on Instagram and he immediately showed interest. I had been scouted by a lot of agencies, but I decided on choosing him when I saw he could be trusted (from the questions he asked) and had a lot of experience with managing top models such as Tami Williams,” she explained. Soon she was strutting the Parisian and Italian runways for Balenciaga and Alberta Ferretti and working extensively in Germany.

The story of finding fame on the Saint model express is echoed, too, by Cameroon national Gedon Kit, who was discovered on Instagram last year. “It was the beginning of a dream,” he recalled. “Before being recruited by Deiwght, I was in university doing a master’s degree, and then I got booked as an exclusive model for Balenciaga this past February at Paris Fashion Week.” The 24-year-old was also booked for Balenciaga’s Fall/Winter 2020 global ad campaign.

Life has come full circle for Saint in Africa as in its nascent days, the then fledgling agency signed a host of Jamaican models directly to South African model agencies, including Kibwe McGann, Janine Henry, Kirk Headley, and Kanhai Condison, who worked extensively in the fashion industry there, appearing in magazines, on billboards, and landing fragrance and clothing campaigns.