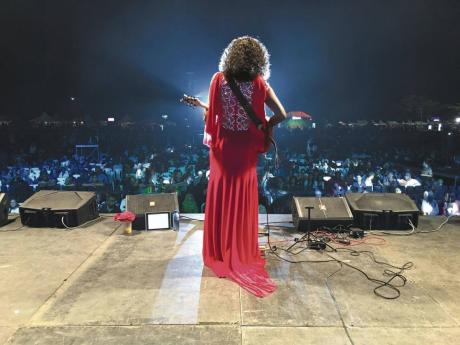 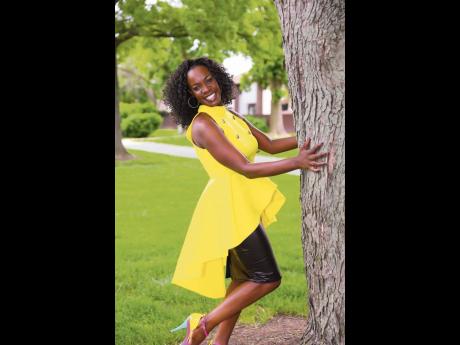 Glacia Robinson is downright enlivened by her latest album. It is the sixth album from the award-winning gospel singer and songwriter, with the previous album, You Are My Servant, released in 2014. Like all her work, it is a labour of love and one that she hopes is worthy of taking home a Grammy Award.

The 11-song set, titled Symphony of Surrender, fuses the sounds of country, jazz and blues, neo-soul and reggae. Many of the songs on the album were crafted over an eight-year period, with the earliest recording done in 2012 and the final track within the week of its completion.

“There was an opportunity to work with an orchestra, and so the music was composed and arranged so that it could be played by a 50-piece string and brass ensemble alongside a full band. In the end, the selections were made based on what the team thought could shine via an orchestra,” Robinson shared.

Now, Robinson is calling on the voting members of the governing board, The Recording Academy (formerly the National Academy of Recording Arts and Sciences , NARAS) to consider Symphony of Surrender for a Grammy Award. Presently, it is being pushed in three categories, Best Contemporary Christian Music Album, including two tracks from the album, Believe, for Best Gospel Performance/Song, and Your Word for Best Contemporary Christian Music Performance/Song. Over the weekend, the singer shared the good news with fans on social media with the caption ‘Attention Voting Members’. The voting period commenced on September 30 and will end on October 12.

With more than 20 years under her belt, the Manchester-born singer has worked with some of the biggest names in music: award-winning producers of Jamaica such as Jon Williams, who produced her chart-topping Hold My Hand Today single in the late 1990s, and Dennis Rushton, who served as her musical director; internationally acclaimed singers and songwriters Diana King, Terry Clarke and Carolee Mayne, to name a few, as well as previous Grammy Award winners Shaggy, Beenie Man and Kanye West. For this album, several music professionals who are no strangers to the Grammys lent their skills, including producer Maurice Gregory, mixing engineer Canute Neil Ellis, and mastering engineer Frederic Kevorkian, which helped to bring it to life.

“The collection is composed in the keys of life; it represents the ups and downs, the good and the bad, yet the underlying theme of each song is sustained in the candid conversation of sweet surrender, which, unlike the military context where surrender means to quit or give up, it is about offering hope,” she told The Gleaner. “It’s the kind of surrender which says, ‘Heavenly Father, here I am, I come to you just as I am. I give you all of me’. Surrender is an integral part of worship. Symphony of Surrender was inspired and composed to express personal worship.”

The album also has significant meaning as it a collaboration with her husband Emerson Ally, a composer and producer, whom she lives with in New York. The musical pair, having met in church, have been bonded not only by their interests, but spiritually, for 15 years – five of which they have been married.

Grammy hopeful Robinson said their approach to music is sacred, so much so that it never feels like work.

“We are musically in tune, so when we are creating, even when we have different ideas, we are going in the same direction, that is to make better music through striving for excellence. Our creative space is loving, funny, light; and the beauty of creativity is that it’s a naturally cooperative process – everything enhances everything else,” she said.

“Emerson is very supportive of me and what I do. He’s a gem of a husband,” she exclaimed. “He is a brilliant composer, arranger, producer, guitarist, comedian and cook. He is fun and funny and I am truly blessed to have him in my life. Working with Emerson has always been a blessing.”

Emerson Ally did all of the music on eight tracks – Let All Creation Worship You, My Hope, It’s All About You, Great Is Our God, Jesus, Believe, Lord I Surrender – and everything but drums on Your Word.

Together, the two had the freedom to record and review as many takes as needed for each song, and the pandemic “in the end became a catalyst for its release”.

“The lockdown gave us time to focus on getting the album done. It’s easier, and makes sense, to put things off now, but this was the right time to release it. People need to be encouraged now. Some have experienced the passing of their loved ones and are grieving and need comforting. Some people have lost their livelihood and their sense of direction. Some are bombarded with fear, while silently struggling with hopelessness and uncertainty. There is a certain uneasiness that people are grappling with globally. We did not want to hold back on something that may help folks traverse these unchartered waters the world is paddling through today. We wanted this album to be available for those who might need it, to reflect on the lyrics and to be positively influenced, equally blessed, and inspired,” she said.