Life, legacy of Barry O’Hare to be celebrated at virtual wake - Virtual wake set for Friday 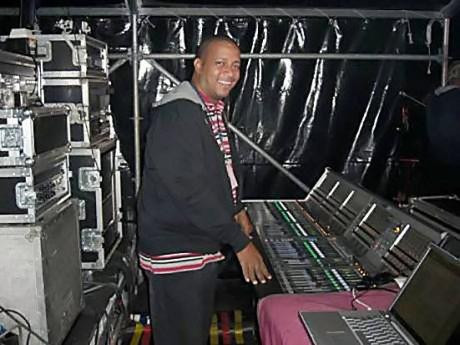 The death of Barry O’Hare on September 19 sent shock waves throughout the music industry, especially since many persons were not even aware that the multitalented music and audio engineer had been hospitalised. On Friday, members of the music fraternity will join hands virtually to celebrate the life and legacy of O’Hare, who played a critical role in the development of modern Jamaican music.

“We will be having a virtual wake, with a little set-up on the grounds of IRIE FM in Ocho Rios. I tried my best to reach out to as many persons as I could, but he had such a wide base that I know that I didn’t get to everyone. Persons will be paying tribute via Zoom and I will be sending out the link through his Facebook page, so hopefully most people will see it,” O’Hare’s widow, Janice, told The Gleaner.

She emphasised that, in keeping with the COVID-19 protocols, only a handful of persons will actually be present at the venue for the thanksgiving service which will be held from 4:30-7:30 p.m.

The Ocho Rios-based O’Hare enjoyed a long and fruitful relationship with IRIE FM and the station’s first general manager, Clyde McKenzie, along with on-air personalities Ainsworth ‘Big A’ Higgins and Ka’Bu Ma’at Kheru, will guide the proceedings. Paying tribute will be some of the artistes with whom O’Hare worked, including Sean Paul, Tanya Stephens, and Gramps Morgan, who have all expressed their sorrow at his passing on social media.

McKenzie recalled his and O’Hare’s ‘irie’ days. “We worked a lot with each other throughout the years. Barry produced many of the jingles for the station, including ‘Reggae in the Morning’ and was directly involved through Grove Music which he shared with IRIE. In the early days when I was doing Fireworks on the Waterfront, it was Barry who was responsible for the sound. He worked with us on Beenie Man’s Summer Sizzle [concert] and when Beenie Man did that collab with Arturo Sandoval, it was Barry who worked on the first phase of it out of Jamaica,” McKenzie said, adding that O’Hare was brought into the business by Stephen Stewart and went on to develop an impressive discography of his own.

He also mentioned that O’Hare did all of Burning Spear’s albums, including the Grammy-winning Calling Rastafari and was also, at one point, the musical director for Toots Hibbert.

Although not divulging the exact date for the funeral of the 56-year-old O’Hare who played a huge role in the production of Third World’s 1992 album, Committed, and also worked as an engineer for Sean Paul, Shaggy, and Beres Hammond, Janice O’Hare said it would be “very soon”.

“We are making the arrangements and following strictly the protocols as far as the limited numbers at the graveside is concerned. But we will be videotaping it and putting snippets on his Facebook page because we know how important it is for persons to have a sense of closure. Once we are back to normal, we will do something where everybody can come out and properly celebrate his life,” she shared with The Gleaner.