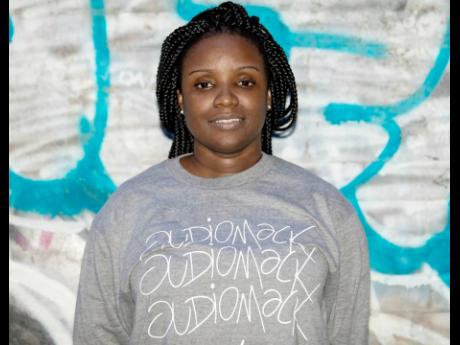 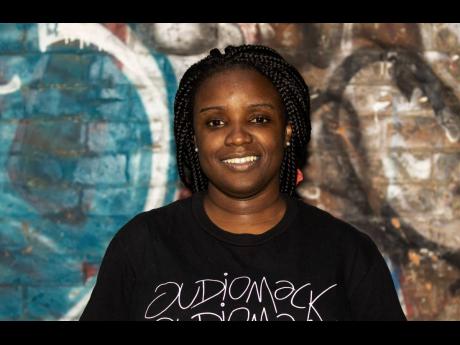 The youth-driven streaming and music discovery platform Audiomack is on the hunt for recording artistes and they are pulling away the blinds to display the rich musical tapestry of the Caribbean. As one of the very few platforms available in Jamaica, it has contributed immensely to pushing burgeoning local talent forward. The likes of Teejay, Alkaline, Koffee, Kranium, Popcaan, Jada Kingdom, Skillibeng and Tommy Lee are at the top of the game on Audiomack, and the person that is active is making sure there is no smoke and mirrors is music executive Tanya Lawson.

“I will be honest, I didn’t quite have a big grasp on the platform until two or three months in, I just knew what my role was … to move music forward,” Lawson told The Gleaner.

With more than a decade of experience building acts, Lawson is presently the director of Afrobeats and Caribbean Music at Audiomack.

The music executive has preserved the lesson that “not everything is about money”, which she picked up in her earlier years as an intern at Sony Music. “I was an intern for about one year while part of a high-school programme. I spent the majority of that year begging my mom to give me money to get to work, and she was like ‘go get a job’, but I was so devoted to it, it didn’t matter. I didn’t even participate in any of my senior year activities. There were interns who came and left. I stayed, I loved it.” Lawson wants her passion to be contagious and create a pandemic of learning the music business, especially in her area of Afrobeats and Caribbean music. She explains why there is such a keen interest, what keeps her going and her expectations for the future.

1. Why is there such a keen interest in the Caribbean, and in particular Jamaica, as a burgeoning market?

The music is still so good, as the parent of hip hop, reggae and dancehall as well, and is part of a rich musical history. Though it seems like the child has come to outshine the parent, if artistes realised the role of the genres and owned it, it would be a different day. I know a lot of persons may want to disagree but Jamaica is the gateway for the Caribbean; Haiti is also doing very well and then Trinidad follows. Presently, the Caribbean makes up of about 40-50 per cent on Audiomack. We are trying to get it to 75 per cent, and slowly but surely it will.

2. What do you believe is the reason for our Caribbean artistes across the reggae, dancehall and soca genres and their sub-genres not having a greater presence on streaming platforms?

Lack of understanding. Before, I used to get mad at artistes for not showing a greater interest but it was because most of them did not understand what digital streaming platforms were about. I can’t stress enough, not everything is money, it is important to take a deep look into the opportunities. As a music industry professional, one has to be out there, the more awareness the better.

3. Let’s delve into Tanya Lawson, the individual, a female pioneer for the music industry of the future. As Director of Afrobeats and the Caribbean at Audiomack, what challenges have you been faced with, and how did you overcome them?

Thank you, but I am nowhere near where I plan to be. There is still more I have to overcome to achieve. The music industry is a male- dominated field, and while the opposite gender can do something cold and keep pushing, for us it is not that easy. I have learnt as a female to put personal feelings aside; we are naturally emotional beings and when we love something we put everything in it. So that passion, my passion for the business is my main challenge, as oftentimes it is seen as being emotional or hearing my voice, it is mistaken for attitude, so I have to find ways to separate it. It is rough for a female as it tangles with personal life, but I roll with the punches; if a man wakes at 10 a.m. I wake at 7 a.m., just to be ahead. I must say though I haven’t been discriminated for being female. If I did, I didn’t see it. I never paid attention to how male and female genders were treated, either way no one could stop me, colour, race or gender because if anyone tries to block me, I will find a way over it, it they go over me I will go under it, I just stay driven.

4. Who is your spirit artiste, and why?

Peter Tosh. Naturally like me, he was a rebel and I genuinely liked his music. He was more than a reggae artiste. From watching his documentary, I feel where I spiritually connected to the type of person he was, a radical that was overlooked but used the platform he had, to speak up and to speak out. Of course, I don’t like the way he died but I appreciate what he lived for.

5. What are some of the top tracks that you have on repeat or as part of your on-the-go playlist?

My playlist changes every two weeks. I can tell you though, the tracks that were on rotation during my morning jogging session. There is Youngest and Richest by American female rapper Mulatto, Enough/Better by hip hop duo City Girls, Skywalker (Miguel), Lucky Me (Big Sean), Pon Dem by Jody Couture, who is known for her collaborations with Vybz Kartel, Pressure by Koffee, Go Hard by Intence and Na Nurse by Lady Saw from the 1997 Passion album. My go-to music is usually from the older generations of recording artistes such as Aretha Franklin, Sonya Spence, Marcia Griffiths, the reggae tracks from Carlene Davis, Bob Marley and Gregory Isaacs, especially when I want to unwind. Those classics are ones that my parents would play in our home.