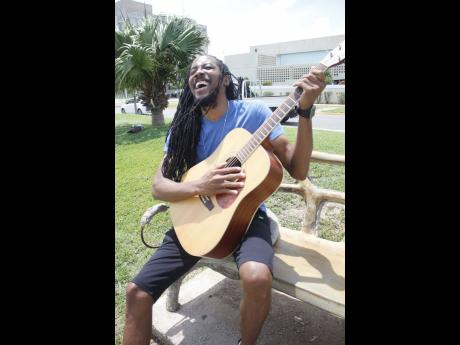 Singer and percussionist Feluke will finally be laid to rest this weekend but the exact location will not be disclosed, said Crystal Campbell, his friend who acted as his caretaker throughout his illness.

“I know once the location is announced we will have to deal with a large turnout of persons, just because of who Feluke was and the love people have for him,” Campbell told The Gleaner.

“Me nuh have no million dollar to pay no fine, so we intend to follow the protocols and guidelines set out by our Government; however, persons will be able to join the send-off by tuning into a live stream from his VEVO channel,” she added.

Feluke, who was poised to make a global impact with his music, passed away on Saturday, September 5 at a medical facility in Mexico, where he was receiving treatment, which created a shock wave among members of the entertainment fraternity. The Soul Alive singer battled with colon cancer for six years, and according to Campbell, he put up a good fight. He had received treatment in the Spanish-speaking country for the first time in April 2017 where he was part of a 21-day programme.

“Everybody knows how much of a fighter he was, long and hard,” she managed to say in a trembling voice. “We got there [Mexico] too late, he was doing good for the first two weeks, getting stronger, less pain but struggled with the bleeding. As many would know, he asked for blood to be donated a few times before we left Jamaica on August 3, but his blood count kept dropping below the suitable number to accept treatment.”

Feluke, whose real name is Denver Smith, acted as a backing musician for the likes of Jimmy Cliff, Damian Marley, Stephen Marley, Luciano, and as a member of Etana’s band, he was also featured on her hit single Warrior Love. The funeral service begins today with the blessing of the ashes at a church, and continues tomorrow where saxophonist extraordinaire Dean Fraser, singers Chevaughn and Mackeehan and multiple Grammy Award-winning musician, Riff Raff, will give musical tributes.

The grief-stricken friend took a moment to gather her strength before recalling her final days with him.

Campbell shared, “I didn’t just put on a tough face, I had to be that tough person. I prayed a lot. I found my strength in knowing that I wanted Denver to get over the hurdles with his health.”

The singer dedicated time to recording new music before leaving the island, but she says music was not on his mind as much of the focus was placed on getting better. “He had a very good connection with his creator, he had made his peace and became very involved in church, especially with working with the youth,” she said of Feluke, who attended the St Theresa Roman Catholic Church on Deanery Road in Kingston.

She also said the musician had expressed his desire to be cremated but that, “it was never a discussion in the last days whether it would be done if he did not make it”.

“People close to him will tell you, not only did he want to be cremated but Denver always spoke about his ideal place to lay to rest – for his ashes to be scattered in the sea – he liked the sea. So, after the service we will move to a boat to fulfil those wishes,” she continued.