Who is Marcy Chin? - Sumfest rookie ready to rock 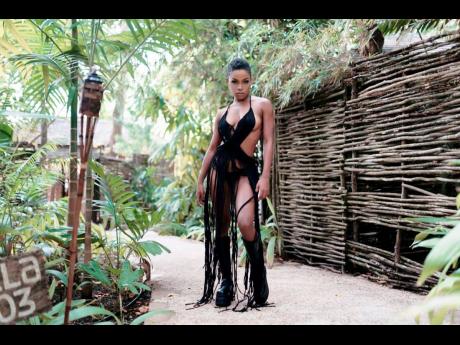 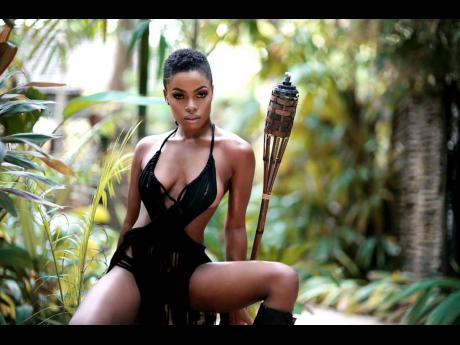 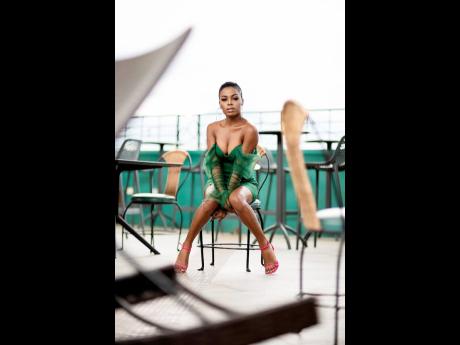 When up-and-coming artiste, Marcy Chin, made her onstage debut back in July during the virtual staging of this year’s Reggae Sumfest, she caused a lot of chatter. On a night which saw sizzling performances from some of dancehall’s biggest stars, many expected Chin to have served as the night’s opening act. But instead, the Nasty Love singer came on during what many considered to be a prime time slot. Viewers were left baffled and, as expected, they began asking questions about Marcy Chin. Everyone wanted to know about the ‘newbie’ who was granted this golden opportunity to perform ‘up there’ with the established acts. Well, it seems those questions will finally be answered this evening as Marcy Chin officially introduces herself to mainstream audience through a top tier live streaming event, a production powered by Downsound Records.

In an interview with The Sunday Gleaner, the artiste born Lonique Chin admitted that following her Sumfest debut, she has been bombarded with questions about herself and says she is eager to finally show Jamaica and the world the stuff of which she is made. “ Episode 1 is my debut EP and it is my introduction to mainstream music. It’s six different songs that will showcase six different sides to me and the world will get a taste this Sunday because from Sumfest everybody a ask, ‘A who da girl yah? Who she and why she come on pan prime time? We nuh know her. Well, ya’ll about to find out. This show is about to answer all your questions,” she said.

Describing herself as a ‘go getter’, Marcy Chin said she was well aware that her performing in the slot she did on “the greatest reggae show on Earth” would send tongues wagging but the pint-sized talent admitted that the latter was exactly what she wanted. “Marcy Chin is fearless and bold and a hard worker and she seizes an opportunity when it’s presented to her. When I did Sumfest I didn’t even know I was gonna perform until the night before and so I didn’t get a chance to rehearse, the band didn’t learn my music until the day of when we did sound check but this was a huge thing and I knew I had to just go out there and do my best. I did hear all the chatter after my performance but to be honest, I like that kind of thing,” she said. “I like that people had no idea what to expect and I’m sure they thought it was going to be some established artiste and then I came out. But you know what, I came out at a time when all eyes were glued to the screen and to me that was the perfect time. Everyone saw me and everyone was asking who is Marcy Chin and that was the most important thing. The negative chatter didn’t and doesn’t bother me.”

IN IT FOR THE LONG HAUL

Chin is the latest female artiste to receive the backing of the Josef Bogdanovich-led team at Downsound Records. The label has previously helped to fuel the careers of artistes such as the late Toya, Ishawna and Shauna Chyn. It is no secret that the relationships have had their rough patches. In fact, it was only recently that fences were mended between Ishawna and Bogdanovich after she left the label in 2016. Although aware of the seemingly ‘come and go’ nature of the talents associated with the Downsound label, Chin is unbothered and expressed confidence she will be in it for the long haul.

“I have been around just doing my thing for a long time and so believe me when I say music is my only agenda. I am here (at Downsound) because I want to make my dreams come true and I am not going to stop until it happens. I was never the girl to care about what others did or are doing. I know who I am and what I am about and so I stay focused,” she said. “I know I have what it takes to make it in this industry. My inspiration comes from being real and being myself. I try not to fake anything or put on some kind of persona to please anybody and I think that is refreshing because when I look out there I see everybody kinda trying to pattern somebody else or whatever which is okay because nothing is new under the sun, however, there is a way to really make it your own, to be original and I feel like I have mastered that.”

Speaking of being original, when The Sunday Gleaner asked Marcy Chin if she was afraid she would be overshadowed by the reputation of Dowsound Records’ ‘other Chyn’, the entertainer says she is completely unbothered. “First of all, my name is actually Chin, and secondly, like I said before I am just doing me. It means everything to me having the support of the Downsound team. I feel like all of this is a manifestation of what I been working towards for the past ten years. When I started out with Cunleigh from Ward 21, we knew we could only go so far just with us but we knew if we had a stronger team, we could definitely break barriers and now there is no limit for me,” she said.

The ‘Who is Marcy Chin’ live event will begin at 5 p.m. today on various platforms including Downsound Records’ facebook page.