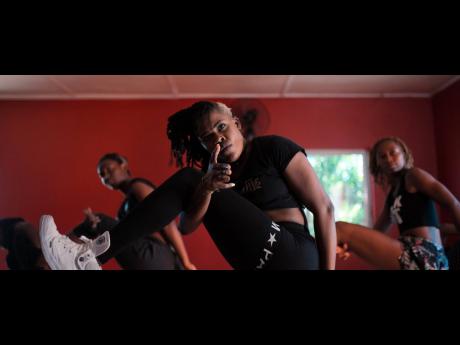 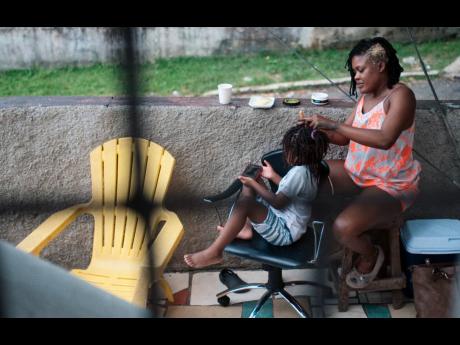 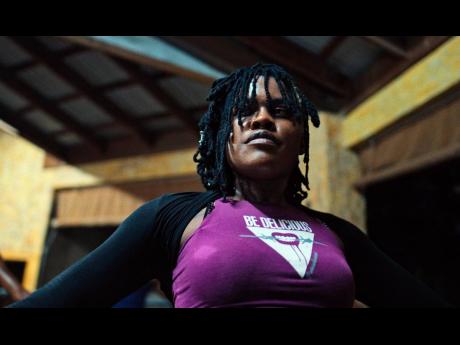 “The feminist in me was able to express myself as a powerful female and not feeling downgraded from a male perspective.” These are the words of dance choreographer and performer Kimiko Miller in the introduction of episode three of the Netflix original documentary series MOVE, which launched last Friday, October 23.

Miller, known widely in the dancehall and dance community as KimikoVersatile, is one of five dancers in the docuseries. The others featured are founders of Movement Art Is (MAI) Jon Boogz and Lil Buck from the United States; Israeli ‘Gaga’ dance concept creator, Ohad Naharin; avant-garde flamenco star Israel Galván form Spain; and United Kingdom-based choreographer of Bangladeshi descent, Akram Khan.

The episode opens a window into the unique lives of each creator, which for Miller “was a surreal moment”, knowing persons would see a vulnerable side of her, find out where she was born and raised, and the various battles fought as a child and in her adult life.

“When I looked outside my house, on the first day of recording, seeing the crew and equipment ready to come into my yard ... to show the world my life, that is when it hit me. I said to myself, ‘Wow, I am actually doing this’,” Miller told The Gleaner.

“The directors really explored the depths of my life; from growing up without a father, my mom having to migrate to seek a better life for us and pursuing dance, those personal aspects of my life. Then from studio to street. It makes me very emotional to watch it,” she added.

The French film-making duo Thierry Demaizière and Alban Teurlai were fortunate to be in Jamaica when Miller’s mother was visiting from the UK; and also see the interaction between the two women and also her son, Kayuri.

“I was passionate about dance from within my mother’s womb. She herself told me I would move vividly when music played. She was concerned when I told her I was going to take on dance as a professional career – worried about the financial side of things. But she started to see in music videos then touring across different countries, and I was able to show her for myself by flying her from London to Germany where I was teaching at a dance camp of about 300 participants. It brought tears to her eyes, and it makes me happy that she was in Jamaica during the filming,” Miller expressed.

Packed with striking dance footage, Miller takes the film crew to dance rehearsals and classes at L’Acadco and Versatile Studios with her dance family Versatile Ones, and through the ghettos of Jamaica to get a first-hand look at a dance clash highlighting the primarily all-female group against the male dancers from Sopreme Blazzaz.

L’Acadco’s founder and director Dr L’Antoinette Stines and sociologist Dr Sonjah Stanley Niaah are also featured in the episode, speaking about Miller’s growth and contribution to the evolution of dancehall. All angles of the dancer’s life are captured in 53 minutes, making it the second-longest MOVE episode.

“The docuseries will definitely open the world to a deeper analysis and perspective into dancehall which was derived from our African ancestors, showing people that it is not just music or dance but a culture and understand it better from a female perspective,” she said.

“It is a misconception that dancehall is lewd and provocative; it is also perceived as taboo, but at the same time, there are many who take art and positivity out of our culture. It is not only for the world to get a better understanding and appreciation, but nationally, where although the art is recognised, there is still a resistance, people who don’t want to accept it.”

KimikoVersatile has danced with and choreographed for local and international entertainers and was featured in Jason Derulo’s Let’s Shut Up And Dance released last year and with the likes of Diana King, Buju Banton, Beenie Man, Vybz Kartel, Spice, Sean Paul, and the list goes on. She also holds a diploma in Dance Theatre and Production and earned her Bachelor of Fine Arts in Choreography and Performance in 2011 from the Edna Manley College of the Visual and Performing Arts.

“I believe I have broken boundaries and live up to the title of being versatile, but I am humbled by my journey,” the dancer shared.

What’s Miller’s next move? “Well, the world is for the taking. I don’t know where it will lead me but if anything, I have learnt over this past year is that when one door closes, many more open, and this documentary is going to open more doors for me. I would love to inspire persons with a talent in the arts to go for it,” she said.