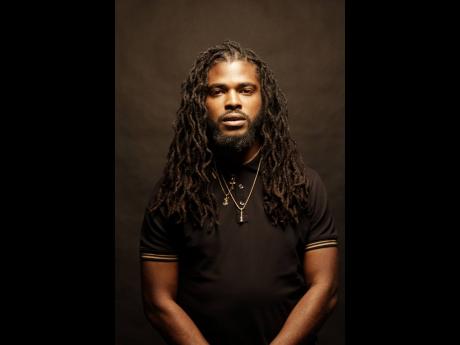 Pharaoh, in Cecil B. DeMille’s film The Ten Commandments, might have made the decree, “So let it be written. So let it be done.” But it is the philosophies of Haile Selassie and Marcus Garvey that have played a significant role in the life and work of Canada-based reggae artiste Kirk Diamond.

Lending his voice to the outcry of injustices being faced by people around the world, Diamond’s latest single, Let it be Done, stands out because of its powerful message.

“ Let It Be Done was inspired by the social unrest that we all have been witnessing. First, with all of the injustices that black people are still facing in America and all across the world. Secondly, with the coronavirus pandemic literally stopping and changing what the world thought was normal, I felt we needed to have hope and faith that together we will all get through it,” the artiste explained.

He added: “I can relate to the song a hundred per cent and so can the world at large. We have all been affected directly or indirectly by the pandemic and oppression of the Black community. We all need to have faith and have some hope that we will be all right at the end of it all.”

Originally from Spanish Town, Kirk Diamond, who now resides in Brampton, Ontario, built his sound on the foundations of classic roots and pop music. He won a Juno Award in 2018 for his song Greater in the Reggae Recording of the Year category.

“Music has always been my joy, especially sound systems when I was younger. After migrating to Canada, Jamaican music was my way of staying rooted to home. And it evolved from me singing Beenie Man and Bounty Killer songs to me singing my own lyrics,” he shared.

With singles like Love Inna We Heart and Greater among his more popular songs on the Canadian reggae scene, Diamond aims to be an advocate for upliftment and positivity.

Musically, his mission and goal are to spread his message of love, unity, and hope.