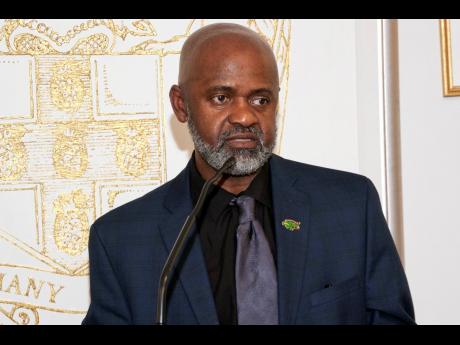 Irwine Clare was hit hard by Mark ‘Buju Banton’ Myrie’s comments about the coronavirus (COVID-19). The New York radio host told The Gleaner that while the dancehall superstar’s utterances by no means surprised him, they were tough to hear.

“Mr Myrie’s statement about ‘man fi dead’ hits me real hard given that one of the ‘dead’ is my brother, Dwight Clare. This is personal for me and many others, Mr Myrie. I am not angry at you, just very sad that a person who is an influencer, with a voice, whose words resonate globally, can make such callous and irresponsible comments,” was his stern rebuke.

Banton received intense backlash from other members of the media fraternity in the United States diaspora for controversial comments he made last week, in three Instagram (IG) videos that were sent to his 1.2 million fans globally and circulated to others on various social media platforms. “Wi waan done with this mask-wearing bull**** inna Jamaica!” Banton exclaimed in one of the videos. “Who fi dead a go dead, an’ who nah go dead ah fi jus’ live.”

Buju’s comments contradict recommendations by the Centers for Disease Control, which indicate that face masks and social distancing help prevent people who have COVID-19, including those who are asymptomatic, from spreading the virus. They also contradict the Jamaican Government’s directives, mandating the use of face masks to slow the spread of the virus, which has so far infected more than 8,000 Jamaicans and has claimed nearly 200 lives.

South Florida radio host Kirk Nelson, who goes by the name ‘Captain Kirk’, stated that with Buju’s level of influence, his comments were ill-advised. “I heard him talking to some graduates recently, telling them to structure their future and to believe in their dreams. Then how are you gonna come back now and tell them not to wear masks, considering the pandemic is out of control in Jamaica? It is very irresponsible,” Captain Kirk told The Gleaner.

Speaking directly to Banton, Jerry McDonald, producer of FaceVu TV in New York, asked, “Would you feel safe to meet and greet random fans without wearing a mask? Would you tell a healthcare professional not to wear a mask when dealing with COVID-19 patients? The least you can do, Sir, is to protect yourselves and others so we can get back to normal times.”

“I’ve been listening to Buju’s music his entire career. Even when he was incarcerated, I played his music on the radio. The fact, however, is that in July of this year, we lost to COVID-19 my friend and one of Buju’s colleagues, Dobby Dobson, who contributed so much to our reggae music legacy. A few weeks ago, we also lost reggae legend and international superstar Toots Hibbert, who performed in the annual Festival Song Competition with Buju. How dare Buju say something so stupid! What examples is he setting for the young generation?” Warren asked.

On September 12, Banton posted a heartfelt message to Hibbert on his IG page saying, “My brother. With so much love. Rest well.”

A concerned Donovan Longmore, a Connecticut radio host, said that he felt that Banton was not himself.

“I have seen him perform many times, and I know the real Buju. He is off. I don’t know if he is angry at the situation because he can’t get to perform and make money anymore, but something inside is really bothering him,” he reasoned.