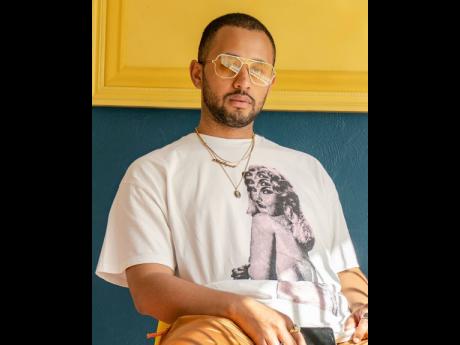 Contributed
Before becoming interested in production, Cadenza was not sure if music was in the cards, despite being the son of music master David Rodigan. 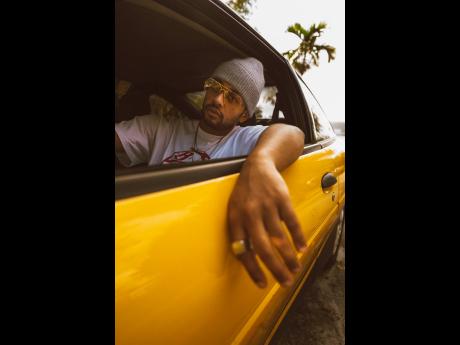 Contributed
Cadenza’s latest production, ‘Up Inna’, is the result of a private late-night writing session in London.
1
2

At this time last year, London-based musical trailblazer Cadenza was leading the charge in the Voices of Jamaica Writing Camp, where a selection of songwriters, recording artistes and producers from the United Kingdom, America and Jamaica participated in five days of intense workshops at Portland’s super studio, GeeJam.

Dancehall and reggae entertainer Agent Sasco; platinum-record producer Dre Skull, known for his work with Vybz Kartel, Popcaan, Snoop Dogg and Drake among others; executive producer of WizKid’s latest album Made In Lagos, P2J, who has been credited as a contributor to Afrobeats success in the UK; breakout English singer-songwriter Jorja Smith and new wave recording artiste Sevana were some of the key players the music producer mentioned as participants in the writing camp.Had it not been for the pandemic, the second instalment of the writing camp would be happening right now, Cadenza said in an interview with The Gleaner.

“We definitely would have done it this year. It’s just that everything is up in the air because of all the pandemic-imposed restrictions, but I am looking forward to hear the changes and to returning to Jamaica in early 2021,” he said.

Cadenza, 30, has been creating a footpath in music, professionally, for the past eight years and has stepped out with knowledge acquired in several career-defining projects, including producing music for the Mad Decent record label, spearheaded by international record-making wizard Diplo; touring with Major Lazer; and most recently, Beyoncé’s writing camp for her Lion King: The Gift album.

The blueprint for the camp is heavily rooted in songwriting, “but there is much to be said about its purpose, and my main mission to bridge the gap between the United Kingdom and Jamaica, as well as other cultures”. Noting that last year’s camp gave birth to songs like Jorja Smith’s Come Over hit and Sevana’s sweet single, Mango, he added, “all the elements that combine, plus it’s not forced, allows for more to come out of the next one”.

His latest production, Up Inna, is a result of a private late-night writing session in London with Ghanaian producer Guilty Beatz, whom he met at Beyoncé’s Parkwood Studios in Los Angeles, and M.I.A., who earned her stripes with the 2008 chart-topper Paper Planes.

“He was calm, and we connected, so the beat — wild, spontaneous energy — became a product of that. Then M.I.A., who I have been working with for about two years, and I decided we would try something different, that’s how she ended up being the vocals on the standalone club-type song,” he explained of the track, which they also made a remix of. It featured dancehall veteran Cham, Florida-based dancehall entertainer Beam, and upcoming singer-rapper sensation Alicai Harley, all originally from Kingston.

Cadenza expressed, “It’s a good blend of voices which fuses the sounds of hip hop, the ethnic sounds of dancehall and British pop to make one feel-good track. People are still learning about Beam and Alicai, who is the youngest on this collaboration, but it goes back to the idea of making a bridge that also connects new with established artistes.”

Before venturing into production, he was not sure if music was in the cards despite being the son of music master David Rodigan, noting that “my university studies were riveted in Abrahamic and African indigenous religions”. He actually graduated with a master’s degree in theology from the Edinburgh University in Scotland.

“I did A level subjects like Latin, mathematics and economics, quite boring, and the study of religion actually wasn’t. Truthfully, opposite to persons’ perceptions, doing theology does not mean a career in religion or the Church, and going further I had to be comfortable in the choices I made,” shared Cadenza, whose real name is Oliver Rodigan.

He said that he was also very conscious never to use the ‘Rodigan’ name when figuratively placing his ante before a deal.

“Dad didn’t even have much of an opinion about it, except to take my education seriously. I was not sure I’d do music full-time when I was younger, but once I left university, I was fortunate to get opportunities to transition into doing it.”

He started out doing instrumental club music, then developed a liking for music which involved creatively mixing artistes’ vocals. Cadenza lived in Jamaica for a few months after school, where he was exposed to audio engineering. He later released his official debut beat The Darkest Hype in 2013, and also recorded a version titled Diamonds, featuring dancehall deejay Mr Lexx.

“I have always tried to keep my family connection muted. For me, it is important to shine and achieve without any preconception, not saying I won’t use the connections around me; not using the contacts you have is silly, but I make sure it is backed with the talent,” he said.

Up Inna is gaining mainstream popularity and Cadenza looks forward to more promotion and marketing of the song in Jamaica’s dancehall. As for the Voices of Jamaica Writing Camp, the producer anticipates inviting and/or visiting colleges that have music and art programmes to involve students in a series of workshops for songwriting processes with key musicians. He also mentioned the possibility of providing live-stream performances in coordination with the recording sessions.