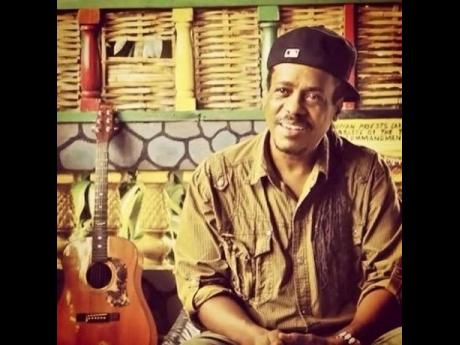 Contributed
Dalton Browne was remembered as selfless in a beautiful send-off on Wednesday.

When the final chords of his extraordinary journey were played, guitarist Dalton Browne was elevated to the status of hero and his send-off was soaked with as much love and harmony as the humility that defined his existence.

For his mother, Miss B, his brothers, Glen, Noel, Clevie and Danny; his partner, Keisha Patterson; his daughters and the friends and extended family in the music industry, Dalton was their hero, and their exquisite tributes were simple, yet profound.

The well-planned thanksgiving service on Wednesday was streamed from the auditorium of Dalton Browne’s alma mater, Jamaica College, which, owing to COVID-19 protocols saw only close relatives present. But, just as how Dalton was described as selfless, the family demonstrated this same spirit as they shared his final studio session with the world.

Many who were watching virtually found that it was a good idea to have napkins handy to mop up the tears that inevitably flowed, whether it was from listening to baby brother Danny’s loving “Dalton is my hero” remembrance; keyboard player’s Robbie Lyn’s on-the-brink-of-tears outpouring of love; daddy’s girl Abi’s loving insights; Freddy McGregor’s Somewhere featuring Dalton, or Patterson’s Wings Beneath My Wings.

Crying emojis and broken hearts were dropped frequently in the online chat, from the over 600 viewers on YouTube. Dalton’s peers and fans used words like “great” and “legend” while youngsters like Freddie McGregor’s children and their generation hailed their much loved “Uncle Dalton”.

The over three-hour-long, professionally produced service struck a delicate balance between spoken word tributes and musical masterpieces, all of which were tuned with love and showcased Dalton’s enduring legacy. There was no shortage of singers and players of instruments willing to pay homage to this humble hero, whose death, one week after suffering a massive heart attack, sent shock waves throughout the industry.

Singer Mikey Spice, who, like Dalton, is a member of the Twelve Tribes of Israel, was full of emotion as he delivered the serious Rastaman chant, Jah is my Keeper, and Dalton’s younger brother Clevie (of Steely and Clevie fame) sang the Christian standard, How Great Thou Art.

Lymie Murray’s message in song was to the point: “Don’t wait till I am gone to tell me that you love me”, and Judy Mowatt, on whose groundbreaking Black Woman album Dalton played on every track, performed I Must Tell Jesus.

There was what one viewer described as a “boom chune pon toppa boom chunes” segment which saw the band play a medley of some of the hit songs that Dalton’s fingers had caressed. Among them were Born Again by Mikey Spice; Thank You Mama by Sizzla; Holy Mount Zion by Cocoa Tea, and Push Come To Shove by Freddie McGregor.

It was a truly poignant and fitting tribute for Dalton Browne, a legend who created musical magic on his signature black Fender Squire guitar.

Dalton’s Twelve Tribe brethren Ashesw Issachar and Sangie Davis brought greetings, and noted that although it was undoubtedly a sad occasion, it was also one of celebration. Of the tribe of Issachar, Dalton characterised exactly what the tribe represents – giving and giving. “He worked with humility, and a lot of persons who worked with him didn’t understand his reach,” Ashes said, while Davis pointed out that Dalton, a trustee and musical director of Twelve Tribe, was “love personified”.

At 2 p.m. Minister of Culture, Gender, Entertainment and Sport Olivia Grange joined the chat and offered up a prayer. “Lord fill us with peace which can only come from you during this time. Walk closely with us on our journey to healing that we know is possible through your love. Blessings, rest well, my brother,” Minister Grange posted.

All the tributes spoke to a man who lived for others, doing studio sessions even when there was no financial reward; giving his best clothes to a friend who had been burnt out; ensuring that his younger brothers reached inside the bus before boarding, and calling his ‘soulmate’ every evening to find out if she needed anything on the road before returning home. Judy Mowatt told the audience that she asked God why Dalton. His answer was, “Dalton gave his all to the music, to the people and never retained anything for himself.”

His brother Glen said that he found out while taking Dalton to the hospital that not even the severe pains he had been experiencing in his chest could stop his mission. Dalton confessed that he had been taking his pain relief medication up to eight times per day when the maximum was three. “Dalton was one of the greatest gentle lions that existed in this time. I love him, dearly. Thank you for sharing your life with us Dalton,” Glen said, speaking for all who knew, loved and respected Dalton Browne.