Pamputtae charts new course - Says she was told dancehall would not accept her because of ‘fatness’, ‘blackness’ 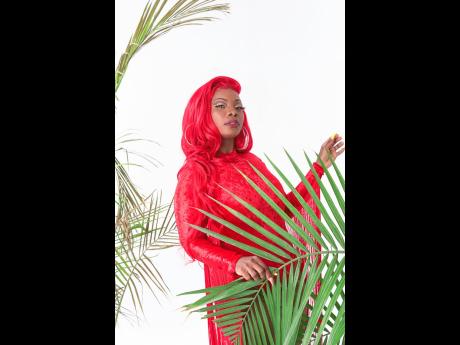 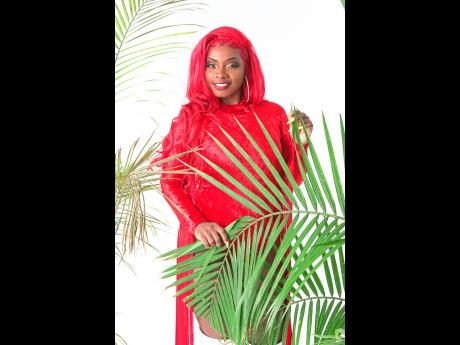 “When you’re a single mother, things automatically change up,” says Eveana Henry, known professionally by the moniker Pamputtae. The dancehall diva tells The Gleaner she has been on a journey of “self-love” and with that, has put a lot of energy in creating a catalogue of music that reflects the adventure.

“Where I’m coming from is a far way from where I am now. I often heard that I would not reach anywhere, or me nah buss - being told dancehall would not accept me - because of my fatness or blackness, but those things kept me going and made me realise the only thing that allows me to move forward is the love you show yourself. Pamputtae is still being herself,” she shared.

The entertainer says she has tackled comments on her looks and sound of her voice for years as she navigated her career in the music industry.

She said, “I dedicated a lot of time to loving me, spending time with myself to focus on my goals. It may sound selfish to some people, but sometimes you need to just be with you and work on yourself … you know that saying, “if you don’t love yourself, who going love you” … that’s what I did. It’s my new eye on life.”

Pamputtae continues to be vocal about her road to happiness and striking a healthy balance, but not all the fans have been positive about her weight loss. The Put On A Show artiste says she is aware that there are persons who believe she is not representing for the ‘fluffy’ females ever since she embarked on the road to fitness.

“It’s not even that I am skinny; I lost weight, maybe I am not fluffy, but I am still thick,” said Pamputtae as she burst into laughter.

“I only made some lifestyle changes which were necessary. That included lessening my intake of fast food and [not doing] too much of one thing. Every Sunday, I would want ice cream, it was a routine, but now maybe once a month, or I feed that craving for something sweet with a fruit or a shake.”

The dancehall artiste was diagnosed with diabetes after the birth of her second son seven years ago and, with the help of her colleague and friend Stacious, took on the challenge to get fit.

“It is a serious boot camp. Stacious would say, ‘Eveana, we’re not friends when we are training,’ and once I am instructed to do the routine, whether it be to lift up them big, heavy tires or sit-ups, I have to do it,” she shared.

Changes in her life and appearance, however, does not mean that she has turned her back on speaking out for “big, black and beautiful women”.

“I paved the way for fluffy ladies like me, and continue to wave the banner. Fluffy needs love too, and I am living proof that we can do things and make an even bigger impact than what persons may think,” she said. “I am still the same artiste that deejayed, ‘Slim gyal ah bet yuh, yuh cyaa do this’, a decade ago. However, dancehall and lifestyle [have] seen changes across the generations. My fans are comprised of the older, traditional supporters of dancehall, as well as the young youths who have come with [a] different style, slang and look.”

Another change Pamputtae says persons may have expected was with her music after she released the influential track Single Mother, which she later transformed into a philanthropic campaign.

“It is right to say the song was different, but it doesn’t mean I am different. It was a softer song versus the rough and tough Pamputtae people are used to. My style has always been classy and raunchy at the same time; I never stopped being hardcore, I just mix it,” she explained.

The Single Mother production was followed with Stop It, where Pamputtae’s dancehall tone flows over a slow, old-school ska rhythm as she calls out ‘woman beaters’ to raise awareness on violence against women in society.

“If tomorrow I feel to sing a gospel song, then I’ll do that. Just like how I sing for ‘sinners’ I can sing for Christians, too, and deliver it well,” she said.

Her latest singles, Curfew, Hook, Cyaa Style Me and the newest, Come Out, released two days ago, are far from gospel, but Pamputtae continues to preach the importance of self-motivation.

“It is all about motivating self, and realising that there are things that you don’t have to do to be accepted by society. I just want people to support the music which is on all digital platforms and watch how Pamputtae transforms,” she said.