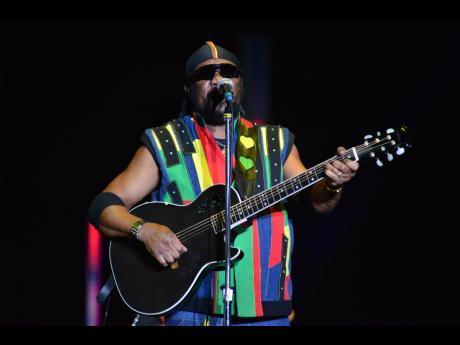 The late Frederick 'Toots' Hibbert has landed his fifth Grammy nomination in the reggae category.

The announcement was made a short while ago via a live-stream on the Grammy's official website.

The last time Toots and the Maytals won the Grammy Award was back in 2005 for their album, True Love.

Toots Hibbert passed away on September 11.

Banton landed his spot for his album, Upside Down 2020 while Maxi Priest earned his place in the final five for his It All Comes Back To Love compilation.

This is Banton's sixth nomination and Maxi Priest's third.

Banton tasted victory back in 2011 when he won the category for his album, Before the Dawn. Maxi Priest has never won a Grammy Award.

The other albums nominated are Skip Marley for his debut EP, Higher Place and The Wailers for their album, One World.

More than 100 entries were submitted for consideration this year.

It will recognise the best recordings, compositions and artistes of the year running from September 1, 2019, to August 31, 2020.

The nominees for Best Reggae Album are:

3. Maxi Priest - It All Comes Back To Love

4. Toots and the Maytals - Got To Be Tough