Grammy nomination ‘Got to Be Tough’ - The Maytals, supporting musicians still mourning loss of Toots 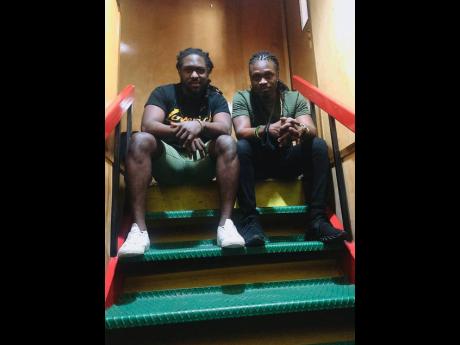 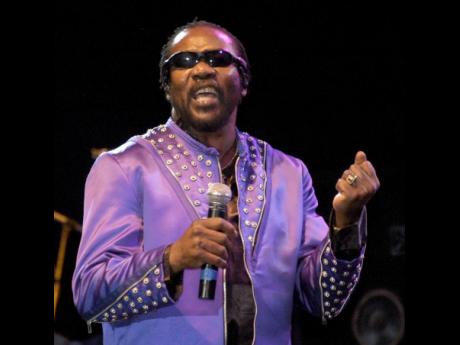 File
Guitarist Dario Morgan described Frederick ‘Toots’ Hibbert as ‘the bridge and embodiment of that Jamaica R&B-soul and blues sound’.
1
2

Earl ‘Paul’ Douglas, one of the first instrumentalists added to The Maytals, describe the Grammy nomination or best reggae album as “surreal”, even as he still grapples with the loss of a colleague and friend, Frederick ‘Toots’ Hibbert. Toots and The Maytals were nominated for their latest album Got to Be Tough, the announcement made yesterday, just nine days after the musical icon was laid to rest at the National Heroes Park.

Got To Be Tough is the final studio album released by Toots and The Maytals before the death of the band’s frontman. Though the message may not have directly dealt with loss, the title speaks to the impact it is having on the musicians who worked with him for many years and contributed to the Grammy-nominated project.

With a heavy heart, Douglas expressed, “To Toots, congratulations as usual; the nomination is deserving, and it’s such a wonderful feeling that after all this time, the band is still recognised and it is special. It would be awesome if we won, for it would be a good send-off for him, but I’m only left with the option of wishing that he could have been around to see.”

In 1969, Douglas joined Toots and the Maytals as a founding member of the band and has been the group’s drummer, percussionist and bandleader from the mid-1980s to the present day. He has worked with the likes of Tommy McCook and the Supersonics, Boris Gardiner, and Byron Lee and Dragonaires, but spent the last 50 years by the side of Hibbert. For this reason, he does not know how he will cope, having to consider performing without him.

“It’s just so hard playing, and he’s not there, it’s so hard,” said a grief-stricken Douglas in an interview with The Gleaner, adding that, “you can imagine through years, he became one of my best friends, not only as a musician – to my children he was not this megastar, just Uncle Toots. It’s been such a journey.”

The veteran musician could barely fight the tears. He apologised for being emotional as he recalled many memories on tour and in studio with the man that is credited for giving reggae its name.

He said, “I’m so sorry … Toots is such a special person, to me and to everyone who has had the chance to meet him and work with him because he treats everyone the same. It is always about love and family – there’s something he would always do, that is, invite people on stage which is usually not permitted, and they could not wait to touch him or hug him – all owed to the life and energy brought to the stage.”

Audio engineer Stephen Stewart had similar memories to share, noting that a lot of the magic with the reggae icon was unrehearsed.

“It has been my extreme, extreme privilege to have over the years worked with Toots, both live on stage and in studio, he is really a musical genius. It was a pleasure to be part of that – unrehearsed magic – when he would come out of the blue on stage, stop the music to come up with a groove, and when we as the musicians are playing it, to see how it develops,” said Stewart, who is credited as a keyboardist on Got To Be Tough, which was released a week before Hibbert passed away on September 11.

“That’s what he does; he brings a musical magic. I must also praise great musicians like Jackie Jackson, Paul Douglas, Carl Harvey, Radcliffe ‘Dougie’ Bryan and Charles Farquharson, all of whom contributed to the magic as members of The Maytals, and Toots’ daughters that add to the vocals because these are the people who were there with him from the beginning, I was only pulled in later to join the stalwarts,” Stewart shared.

Hibbert has also made an impression on the younger musicians who contributed to the final studio album, said saxophonist Conrad Pinnock and guitarist Dario Morgan, who celebrate their first Grammy nomination as musicians who worked with Hibbert for little over five years and enhanced Got To Be Tough with their instrumental inputs.

“Even though it is tough, having to mourn the loss of this reggae icon at a time when we could all celebrate, I am grateful. If I were speaking to Toots, I would say, ‘you are getting what you deserve as a living legend’ – congratulations to a living legend, as he was and will always be, as his music lives on,” Pinnock told The Gleaner. The saxophonist added to the soulful, upbeat track titled Just Brutal.

“Toots was miserable when doing work, but it was the best thing ever, motivating all of us to get it done, and I miss him every day because he was one of the few artistes to demonstrate a type of care to musicians who come around that is rare. I was really planning to go on tour with him,” he said.

Morgan, on the other hand, was flabbergasted by the nomination, he said, not that he doubted the possibility of the Got To Be Tough to be a Grammy-nominated album but that he was not aware.

“I know I have played on several songs for Toots, but this is his – thanks for the honour – it’s something I have said to him personally, but I would say it again, only because I know he is reserved about his contributions. He’s the bridge and embodiment of that Jamaica R&B-soul and blues sound, having converted American music to our music. His death comes as a huge loss to industry and culture,” Morgan said.

“This Grammy nomination is validation for one of the many lessons Toots taught me, that you don’t have to be a renowned musician to command and deserve respect; as a young musician, that means the world. Anything he had to impart to me was always done in a paternal way,” he added.