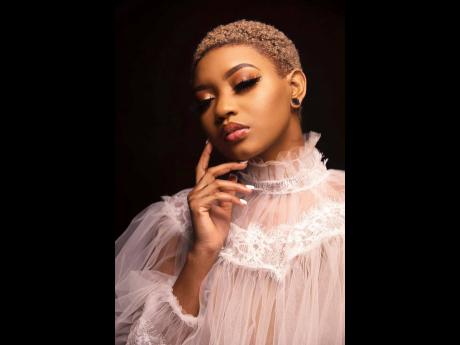 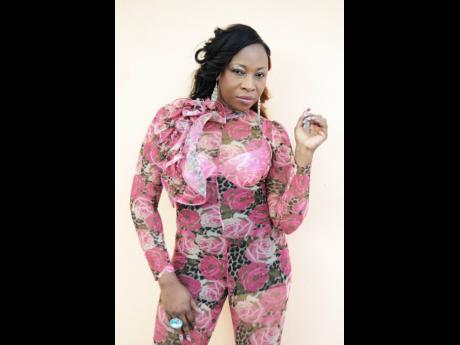 Female dancehall artistes are easing their way into Afrobeats. Among those who have tried their hands and voices in the West African genre are Macka Diamond, Jada Kingdom, Shenseea, Pamputtae and Curvy Diva, among others, and it’s more than just a musical bandwagon.

“The music and culture lines are blurred nowadays, so they’re just doing what feels and sounds good; there’s no deliberate attempt to do an Afrobeats song in an attempt to jump on any wagon because they think it is hot. They’re just making music and sounds that reflect them and their influences rather than a conscious move towards something perceived to be trendy,” producer and artiste manager Julian Jones-Griffith told The Gleaner.

As Pop Style Music’s CEO, Jones-Griffith, who deals with the management of Jada Kingdom, said he believes more female dancehall entertainers are merging the Jamaican genre with Afrobeats because of the modern influences from social media, streaming platforms and radio airwaves.

He expressed, “Reggae and dancehall are far more influential and have bigger catalogues of hits over the decades than Afrobeats. I know there was some talk about it being under threat or whatever from Afrobeats, but I think it’s exaggerated. Tiwa Savage is the biggest female Afrobeats star right now, and she just dropped an incredible album with the backing of a major label, and it hasn’t really yielded mainstream success. I’m sure they are finding it just as hard to break into the mainstream, or labels don’t understand how to market it same way.”

The difference in the size of the diaspora, according to Jones-Griffith, is heavily weighted in Afrobeats’ favour, but as far as influence and recognition he said, “reggae and dancehall are still way ahead”.

“I don’t think anyone should ever deliberately try to cross over using other genres because over the decades all the songs that have crossed over from Jamaica have been largely dancehall tracks. Jada likes to push boundaries by fusing styles to make music that is fresh, and we’re never in studio trying to make a record we think can cross over — just music that as many people as possible will enjoy. When you make an attempt to do what you think will cross over it more often than not doesn’t,” he said about the process of working with Jada Kingdom and the genre.

On her usual path to bring home the money, dancehall lyricist Macka Diamond said her experimenting with African-type or Afrobeats music has nothing to do with crossing over, but rather exposing her skills to different markets.

“My latest single Wuk Off is one of several African-type beat or Afrobeats music, not the first. What happens is producers send you rhythms, and it work off a mood or feeling; it’s where the music takes you,” Macka Diamond said.

“It’s not a decision really if you do a track, it is about showing off versatility. It doesn’t matter that the genre is trending. What matters is how you sound [so] that’s why I did this track, to show what I am capable of doing. I do dancehall, soca or Afrobeats, and the list goes on,” she continued.

Recording artiste Yanique ‘Curvy Diva’ Barrett says that her interest in the Afrobeats genre ripened when she travelled to Nigeria in 2017. She had gone there to host and perform at the Reggae AfroBeat Jamrock festival in the capital city of Abuja.

“I can’t speak for other female entertainers. For me, it’s about trying new things. Being a black female I always wanted to connect with my African roots in some way, and as an artiste fusing the music is a great way to do that,” said Curvy Diva about her recent journey into a new genre. “I think a lot of African beats or Afrobeats music have a spiritual connection with the drums and the overall energy.”

The first song the inspired entertainer shared from her upcoming Underestimated EP is a collaboration with Nigeria-based Afrobeats artiste Solidstar, a remix of his single titled Eleganza released more than a year ago. The original single, she says, had a smooth melody that she could see people dancing very seductively to, adding to that, Afrobeats is an empowering genre which for the artiste is an important quality.

“This proved to be the right opportunity, having wanted to explore Afrobeats for a couple [of] years. The beats force your body to move for sure, and it calls for vibrant colours. Also, the whole movement is empowering to the female figure, women with big bumpers are appreciated in this genre very much,” she said.

Editor's Note: A version of this article incorrectly referred to the musical genre as Afrobeat. The music referred to above is West African popular music, also known as Afrobeats, not to be confused with the Fela Kuti-created Afrobeat.