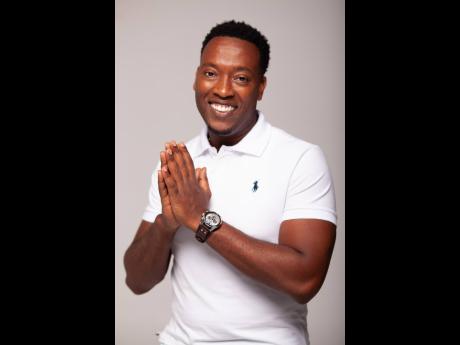 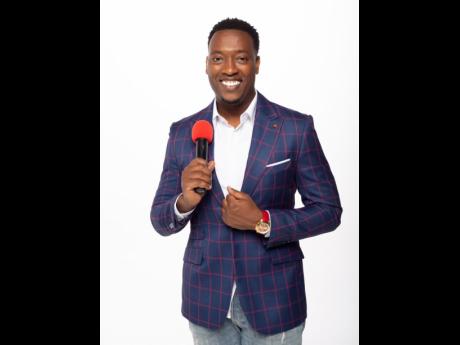 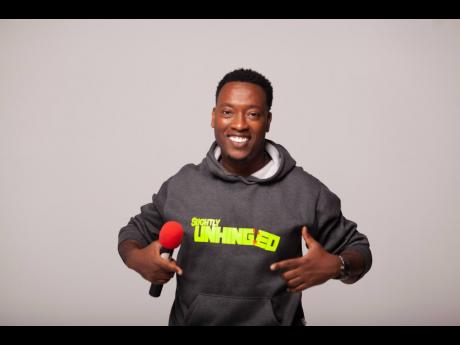 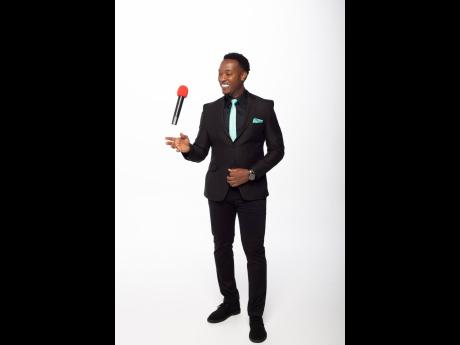 Watching him at work, effortlessly delivering punchline after punchline, one cannot help but be awestruck. There is something utterly captivating about the personality that is Dufton ‘Duffy’ Shepherd. He administers his comedic onslaught with such expertise (not a fluster in sight) that it would be hard to believe that the entertainer’s journey as a professional stand-up comedian is not even a decade old.

Though he knew from early out that he was born to entertain, it was not until the birth of his daughter in 2011 that the man many now refer to as one of the best in the business decided to take that leap of faith and seriously pursue a career in comedy.

“I didn’t know I was going to do stand-up comedy. It wasn’t until September 30, 2011, when my daughter was born that I made that decision. She was born early in the morning, and when I went to the hospital to see her, and I held her for the first time and looked at her, I remember seriously asking myself what I had to give her. At that moment, it was just me and her and the universe, and I remember thinking the only thing I could really give her is a legacy, and so I asked myself the question, ‘What am I here for?’. I mean, I knew I could give her financial stability, but what I really wanted to give her was a legacy, and I knew in order to do that, I had to find myself,” he told The Sunday Gleaner.

Shepherd says something changed for him within that moment. He adds; “It was then that I realised I loved entertaining. I loved making people laugh. I knew whatever I was going to do, I wanted to give people moments where they are just lost in joy. What more powerful thing could I give my daughter than a legacy that says ‘My dad is someone that makes people laugh’. That is something she can be proud of, and so that is when I walked away from corporate Jamaica and decided that ‘hey! I’m going to do this comedy thing full time’.”

The joy in Shepherd’s voice was unmistakable as he spoke about that life-changing moment. He said that the decision wasn’t the easiest because walking away from his job meant no steady stream of income, but he will readily tell you that he has zero regrets. Explaining that had he not been blessed with that epiphany, his purpose would still be eluding him today. The comedian is adamant that realising his destiny was what transformed his life from one of mediocrity to one filled with endless possibilities.

“The security of the regular pay cheque every month was no longer there, and when I just started out people look pan mi like me mad. Dem say, ‘Yow, a weh yuh really a do?’ Dem say, ‘A comedy dis, innu. Weh yuh really a go do wid dat?’ And I did question myself at times because when yuh bruk in this field, yuh bruk, innu, and you don’t know when the next gig is coming. But once you make that step, the happiness and joy that fills your soul knowing that this is your purpose, you wake up every morning feeling blessed. The ups and the downs are worth it because this is you and you’re happy,” he said.

Still on the topic of finding one’s purpose, Shepherd, the mastermind behind the comedy series Slightly Unhinged, says he would like young creatives to be given the opportunity to not only express themselves, but to be provided platforms in which to do so without the fear of labels. Admitting that as a teenager he was usually referred to as “troublesome” and “disruptive” by his teachers, Shepherd says the energy from personalities like him are often misunderstood. He says the latter has caused a lot of creatives to stifle their expressive sides to conform with people’s ideologies and expectations of them.

“When you’re growing up, you feel the way you do, and you don’t yet know that it’s because you’re meant to entertain people. You don’t know that this could possibly be your profession. You just know that you get excited about making people laugh or having an audience. You’re doing that thing that comes natural to you, and when you suppress that thing, you run the danger of locking up that energy and killing that light, the person you are meant to be,” he said. “You also run the risk of transforming that energy into something else, and so that disruptive thing that you have within you, that makes you want to entertain and make people laugh may now become destructive, and that’s what you don’t want to happen. If this is who you are, seek out healthy ways. You can express yourselves and do not let anyone stifle your light.”

Shepherd is calling for changes to be made in the education system to better nurture these burgeoning talents. “Our education system on a whole is not really geared towards self-expression, and so an educator may see a child who has this energy, and they are expressing themselves. Do not tell them to shut up or label them as ‘disruptive’ and ‘troublesome’,” he said. “Maybe the child is just looking for a way to express themselves. Maybe take that child and get them involved in drama class, etc. Give them that outlet. We are losing a lot of future creatives this way, and we need to start nurturing these talents rather than stifling them.”