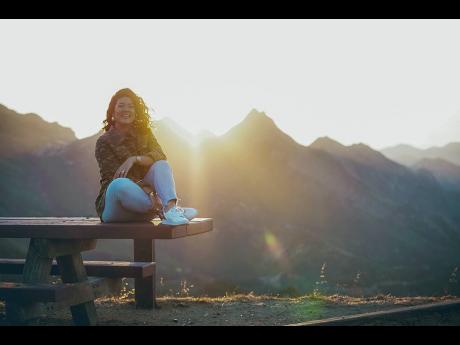 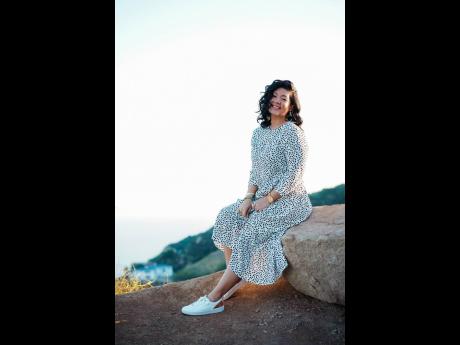 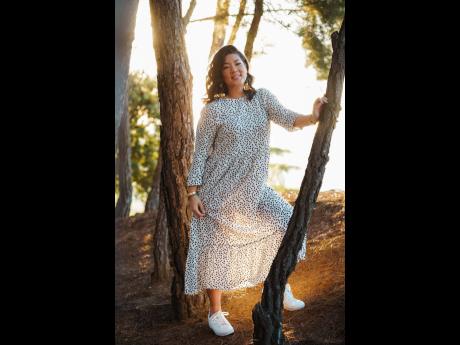 This songbird flew her way into the hearts of Jamaicans more than a decade ago and is still on a picturesque flight to spread messages of love through her music globally. Multi-genre vocalist Tessanne Chin actually says if she were to have a superpower it would be “to inject people with love at critical times”. “I think it would be slightly weird because it messes with people’s free will and I know it sounds a bit ‘hocus-pocus’, but if someone was about to do something bad or hurt themselves, I would just show up and LOVE!” she yelled dramatically. Chin continued in a jovial and animated manner, as she stated that her superhero name would be her Instagram handle, @thebestess. “So, people would be like, oh look it’s a bird! It’s a plane. No, it’s The Bestess!”

In reality, the recording artiste is focused on being a hero and role model for her 10-month-old daughter, Zaia, and a great wife to her husband, Brandon Crooks, who she celebrated her one-year wedding anniversary with in October. “She’s crawling, eating big people food and I look at the pictures when she was just a little bunch in amazement. In a way, the pandemic has allowed for her dad and I to be here experiencing that growth together and not be preoccupied,” she said. As a matter of fact, it will be their first Yuletide season as parents, and all the more special she said, as it is her husband’s family’s first Christmas together in a long while. The Season 5 winner of NBC’s The Voice also shared that she is still very much committed to her career as a singer and songwriter. She brings fans up to date on the plans for her music, Christmas holidays and has a little fun in this week’s 5 Questions with.

1. What was your childhood nickname?

There were three common ones, ‘Tessy’, ‘Teska’, ‘Wessie’, and then there were a couple of not so nice nicknames my relatives gave me. Bwoy, I tell you, it’s always family that does it worse than the people outside but we love them so we forgive them and move on.

2. Have you ever lied to your parents about where you were going? How sneaky were you when you were a child?

Oh no, I wasn’t that child, because I didn’t go anywhere. I wasn’t a party girl or anything like that. If everybody else was out, I was at home watching something on the TV. Seriously, I was such a homebody. I still am up to this day so I never had any reason to lie to them and I have quite easy-going parents. I wasn’t a very sneaky child. If I wanted to do something, I would just do it and deal with the consequences after. The most I did was thief out some of my sister’s baby formula and the condensed milk. Now that I know how expensive baby formula is, I would have given myself a beating.

3. What is your most embarrassing moment as an adult or child?

I think I was accepting an award in Canada. You know how you and your friends will talk and joke about things? One of my friends used to call it ‘Canaydia’, and while accepting an award I went on stage to says thank to everybody especially my family here in ‘Canaydia’. I didn’t even know I said that until I came off the stage and my sister told me. I was like, ‘Beg your pardon?’ I didn’t even realise what she was talking about. I could not imagine a worse moment than mispronouncing Canada, in Canada. As a child, I fell off the stage into the orchestra pit at The Ward Theatre (laughs). I was doing a production for the Little People and Teen Players Club, a theatre group back in the day. I had to go on the stage in the dark – because it was a blackout – and basically a spotlight would appear on me, on stage, already in my position and ready to go. So, I would always get told off by everyone because they could always see me walking on stage to get to the spotlight which ruins the whole illusion. So, one day I decided that, ‘this is the day, them nah ketch me this time’, and I walked on in the dark and just didn’t feel stairs under my foot.

4. Have you ever been affected by what people say about you on social media?

Absolutely, I’m human. Of course, you try to build up a thick skin and remember that the people commenting don’t know you, therefore, they shouldn’t have a say over your life but sometimes you feel affected – it’s not often though, thank God. As a result of this, though, I don’t make it a habit to go on other people’s pages that have posted about me and I don’t go through comments. I think it’s so unfair that people can say things about other people, who for whatever reason their jobs have placed them in the public eye, and they say they should just accept it because they are a part of the public scene. Being rude or crass, mean and cruel, is not something that is acceptable for me and I will block you. Going back to the days when bullies were actually physically bullies. I was the girl who would say, ‘No! You’re not gonna do that to that person!’ I just think it’s such a cowardice thing to do.

5. What are your plans for the Christmas holidays as it concerns spending time with family or travel?

Well, there won’t be any travel. To be fair, Christmas holidays most times would be me, Tami and our daddy. It would be nice to have all our family here. I miss my mommy, my brothers and my other sister; they are between the US and UK. So, we will end up going to my husband’s family then, if time permits, to my sister’s house. It is important to note that these are people we see all the time and it’s our little pod. Presently, I am working on different singles that I would like to use to put together a compilation, EP or album … I am not sure what it will be as yet. I am just trying to find my balance and getting into the rhythm of things to concentrate on doing that. And in this pandemic, it has been a challenge, because you want to be safe and it’s impossible to record with a mask on.