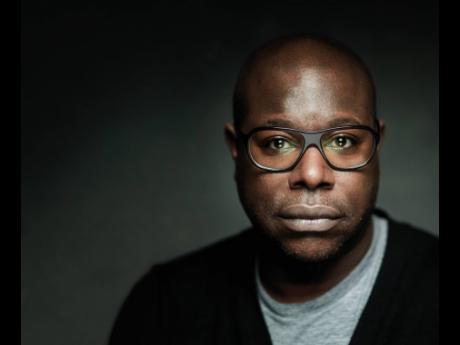 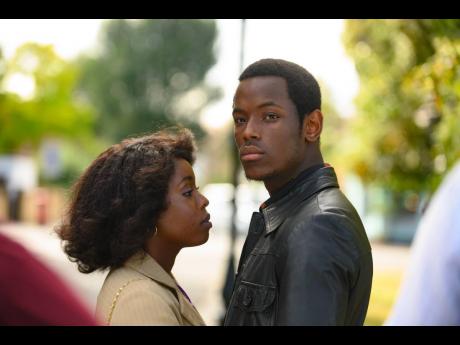 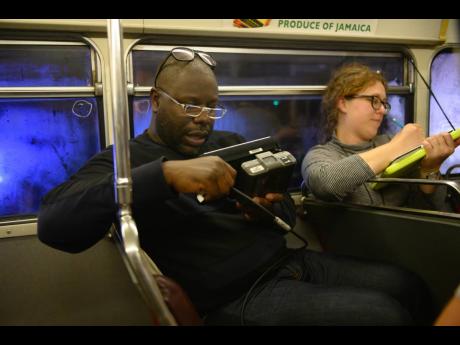 BBC Studios
A Product of Jamaica sticker is visible in the background as director Steve McQueen sits on the set of film, ‘Lovers Rock’.
1
2
3

As a tumultuous year draws to a close, Oscar-winning film director Steve McQueen, born in Britain to Grenadian and Trinidadian parents, talks to The Sunday Gleaner about his new anthology, Small Axe .

At the end of Lovers Rock, one of five Steve McQueen films being screened by the BBC this winter, the synth sound of the Revolutionaries’ 1976 classic, Kunta Kinte Dub, rings out. It’s late at night, at a party in early-80s London, and the speakers are stacked high beside the DJ’s turntable.

The young black faces light up in the crowded room. As the bass kicks in, the dancing gets frenzied. The party has cranked up from slow groove to release. As with most McQueen films, the sensory experience pours from the screen, making you feel you are there among the revellers.

That scenes like this, from his groundbreaking Small Axe series, are being broadcast on prime time UK television – in slots usually occupied by mundane family entertainment – is quite remarkable. In a year where race has been centre stage in both a depressing and invigorating way, Small Axe is much needed, as it uncovers lost social histories of the black Caribbean experience in Britain.

Speaking to McQueen on a video call from his home in Amsterdam, I start by telling him how the films have impacted my Jamaican relatives in the UK, and the parallels with their lives.

“What’s interesting to me is that parents, grandparents and children have been sitting down watching Small Axe together, having these kinds of conversations,” McQueen says. “Conversations that have been allowed to come to the surface.”

The story of black British police officer Leroy Logan, for example, played brilliantly by John Boyega in Red, White and Blue, mirrors my brother’s decision to join the Metropolitan Police after graduating from university. Like Logan, he had lofty ideals of changing the force. But, unlike Logan, whose father is also Jamaican and who has an MBE for services to policing, my brother left within two years – dismayed by the undercurrent of racism and aggression.

The scenes of police brutality in Mangrove, based on the true story of the Mangrove Nine, triggered memories in my father, too. He migrated from Jamaica to England as a child in the 1960s, and, as a young man, he was frequently arrested for no reason.

“A lot of West Indian people suffer from PTSD,” McQueen continues. “But in a weird way, because they would never tell their children things. You wondered why your father came home upset, or your mother was angry. Now people are willing to have these conversations. And Small Axe has helped that, but also, this year has helped that.

“I didn’t even know that Rhodan Gordon, who was one of the Mangrove Nine, was one of my father’s best friends. I only found out this year. People didn’t want to talk about these things.”

These hidden black histories, lost down the generations, are resurrected in Small Axe. Every film in the anthology, except Lovers Rock, is based on real historical events. The Mangrove Nine were activists protesting police harassment of Mangrove restaurant-owner Frank Crichlow in Notting Hill. They were charged with inciting a riot, and their 1970 trial exposed inherent racism within the police.

I ask McQueen if he has ever experienced police harassment.

“I’ve never had any run-ins with the police because we left the inner city, White City Estate, Shepherds Bush, in the mid-’70s and my mother moved us to Ealing. So I was in the safe surroundings of suburbia. And I don’t drive,” he says laughing. “I imagine if I drove … .”

He doesn’t need to finish the sentence.

And how would he feel if his children wanted to join the police?

“Of course, I would encourage it because if that’s what you want to do, that’s what you want to do. I’d say you just have to be careful. It’s an environment that isn’t particularly welcoming, but who knows? Leroy Logan thought he had a possibility to change the institution. When he joined the police in the ‘80s, they were terrorising black people.”

For some of the British television audience, seeing these realities will be an education. But McQueen, who won the Best Picture Oscar in 2014 for 12 Years A Slave, as well as the Turner Prize in 1999, says that isn’t his concern.

“I wasn’t catering to white people, OK? I love white people just as much as I love black people … because I’m a human being. Whatever I do can’t be alien to you, just because I talk slightly different. Everything is relatable. Just like when I see Dickensian dramas, I have no ... concept of that, other than the fact that I know it happened, I learnt about it in history, and I can look at it and appreciate that story and the humanity of it.”

By depicting a troubling past, did he want to show how far Britain has progressed?

Lovers Rock, starring Jamaica-born actor Micheal Ward, is a soothing slow-burner amid the maelstrom. Janet Kay’s Silly Games is on its shimmering soundtrack. Is it a love letter to a largely forgotten scene?

“It’s a Cinderella story really,” he says. “It’s about my aunt who wasn’t allowed to go, and she went out the back door. Of course, that party was specific to the black community of that time, but it could have been a birthday party in Aberdeen, because all the ingredients are there. Your best friend gets the boy, blah blah … We’re no different, it’s just what we do is specific.”

Asked if he spends much time in the Caribbean, McQueen says he visits most summers and wants to visit all the islands. He is currently producing a film version of Augustown, a novel by the Jamaican poet Kei Miller. He is working with the same team that made Small Axe – Antiguan director Shabier Kirchner and British screenwriter Courttia Newland, who has Jamaican and Bajan heritage.

Is Augustown being filmed in Jamaica?

“Oh yeah!” he virtually screams. “Absolutely! There’s no point making a movie about Jamaica and not make it in Jamaica. Oh no, no, no. We’re not mucking about.”

“They don’t give money to universities, but they give money to make prisons, because they want to repatriate people? And Jamaicans can’t get visas to go to London? Because a few bad apples come and do some kind of stupidness? So you ban all Jamaicans? It’s just racist.

“And what about reparations? We don’t talk about that. It’s a crime. The West Indies is a crime scene. We need to have compensation for how many years, centuries of free labour. Look at us. Look at the West Indies. We’re relying on tourism, not even agriculture anymore. Look at Jamaica. Most of the things are owned by white people. I mean, come on. What’s going on?”

With this passion for racial justice, it’s clear why he chose the title Small Axe.

“It’s that Wailers tune, but it’s actually an African proverb, which they used on Burnin’,” he says. “I love the idea that, as a collective, if we come together, we can make anything happen. This is what Small Axe is about. If you don’t want us, we’ll make our own clubs, social environments, schools … . It’s us. We change things. Similar to how Small Axe got made – I demanded. I went [to the BBC] and said this is what I want to do. No one gave it to me. I took it.”

The last film in the series, Education, McQueen says was inspired by his own bad experience at school. But, while the story of black boys suffering in school is familiar in England, what about the less well-known stories of Caribbean intellectualism? People like C. L. R. James and Stuart Hall who are absent from UK school curriculums. Does he have plans to make a film about those kinds of figures?

“I feel I’m a part of that. People like Paul Gilroy, even back in the day Stokely Carmichael, Malcolm X His mother’s Grenadian, you know? Maybe it hasn’t got enough recognition. It’s there for all to see. It’s a good question. I don’t know how to answer that. It’s part of my heritage.

To end, I troll McQueen, a Tottenham Hotspur fan, by showing him my Arsenal scarf, and ask him for a prediction for the North London Derby.

“My eyes! My eyes!” he cries in mock outrage at having to see the Gunners badge. Then, he mulls over it for a second, and predicts – correctly, it transpires – a 2-0 victory for Spurs.

BBC Studios is in dialogue with broadcasters in the region to bring Small Axe to Caribbean screens.