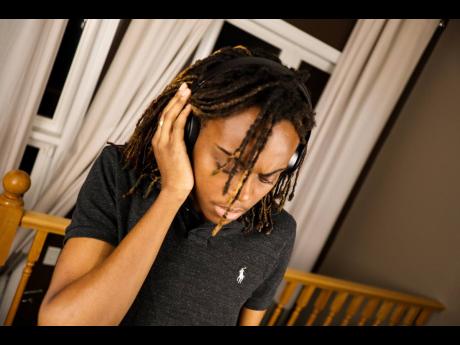 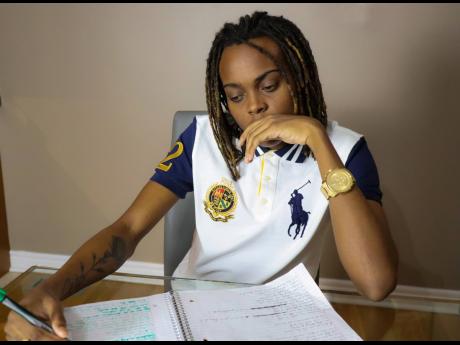 Contributed
As a songwriter, artiste, and producer, MOSES has a hand in every step. 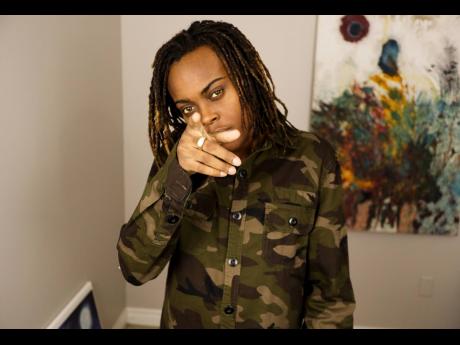 Contributed
Moses Davis Jr is following in the footsteps of his father but hoping to make an even bigger impact.
1
2
3

He comes from a background of compelling story lines. As the son of a king, the ‘King of Dancehall’ that is, Moses Davis Jr held a front-row seat to learning the business of music, but he did not always know that the next chapter would find him following in the footsteps of his father, Beenie Man. However, it was hard to ignore his genealogy.

“My peers, persons I’d meet upon, everyone, would say it’s in my blood,” said Davis Jr or simply, MOSES. “I was never pressured to go in the direction of music. Instead, it was motivation to figure out what I wanted to do in life, especially watching the hard work and time my father dedicates to his passion.”

In his days at St George’s College, the now-22-year-old never devised a career plan.

“I wasn’t a full-on troublemaker or anything like that, but you know when you par with a certain crowd, your name would get called, too. Back in high school, I would have been one of those individuals who wasn’t sure what they wanted to do with life, and the focus definitely was not on music. As I got older, I decided to learn the ropes and see the potential of my passion for it and fell in love with it.”

MOSES defines himself as an inherently laid-back person, and later on as the interview with The Sunday Gleaner weaved through the past five years doing music under the management of Visually Sound Records (VSR) and his lifelong medical condition – sickle cell anaemia – he explained what he meant by that. “It’s about being humble, always,” he said. “As a person whose philosophy is to live life to the fullest, I would say I am just enjoying life as I can now.”

Maintaining that a positive outlook is important for the songwriter, artiste, and producer with the dream of making an even bigger mark on the entertainment industry than his father despite battling the illness in which his red blood cells have hardened and changed shape, affecting blood circulation, causing pain and other underlying medical conditions.

Last month when news got out that the young Davis had been admitted, many persons reached out to his father, but for MOSES, it was just another few days in the hospital.

He said: “I was diagnosed with sickle cell at two years old. Both my father and mother have traits, and I guess you could say the hospital was my second home. Every year I am admitted at least six times, and back in my childhood days, I hated it because I had to miss a lot of school and extracurricular activities. I actually didn’t finish high school because I missed out so much due to complications with the illness.”

During his most recent visit to the hospital, MOSES spent a total of five days but also shared that it was the first time in the entire year that he had been admitted.

“Every time I’m in pain, it’s not a crisis,” he said, before describing what a crisis felt like. “A sickle-cell attack would start creep up slowly in my joints, whether my knees or ankles, and I’d take some medication. If the air-conditioning unit was on, I’d turn it off – because the cold temperature only makes it worse – until it doesn’t bother me much. It’s hard to explain to someone who does not have it. When the pain spreads to everywhere else and I can’t move, then that’s a crisis, and I’d end up in the hospital.”

Now he’s recovering and back at work. As the conversation drifted, he mused on the time he has also spent in studio, the kind of catalogue he is working towards building and what healing is like for him.

“I am just here relaxing since everything happened, recovering from the whole episode in the hospital, and I feel a lot better. Usually, I listen to music as I get inspiration by listening to other artistes, but I didn’t write as I was only able to use one arm when in hospital,” MOSES shared.

The punchline … well, there’s none. According to MOSES, there is “no punchline” in this story. “It’s a serious thing. A lot of people who are diagnosed with the illness have passed, and I am blessed to still be here with the opportunity to share and pursue a career which I am very passionate about. No Punchline is actually the most recent release that I am featured on, and it’s with my father.”

While the track is not a manifestation of his time in the hospital, he said that it may be a result of having more time to dedicate to music during the pandemic.

“I do a bit of production, as initially, I was making beats, but the past three years it changed to becoming an artiste and even more [so] in the pandemic. I spent the days alone writing music and perfecting my craft,” he said. “When I started recording music, my father did not even know. when he finally discovered that I was doing it, he was, like, ‘Oh, you decide to do it’. Even with No Punchline, he recorded the song, and I happened to be going by the studio and told him it needed a third verse, and that’s where I came in.”

One of MOSES’ sources of strength is music – as unoriginal as that may sound. The complex culture of hip hop and rap remains a guiding influence on his lyrics, and he is pioneering a chameleonic sonic signature that spans more than one genre. His debut track, Blast Off, features him rapping, and the follow-up Higher, which was a collaboration with another VSR artiste, was a fusion of dancehall and hip hop.

“I rap and sing … it just depends on the feeling I have. I am working on releasing more music for the Christmas or before the year ends so people can see I am serious and the consistency. I’d also like to hope I can go through this year without being back in a hospital. Twenty-twenty-one, look out for MOSES,” he said.