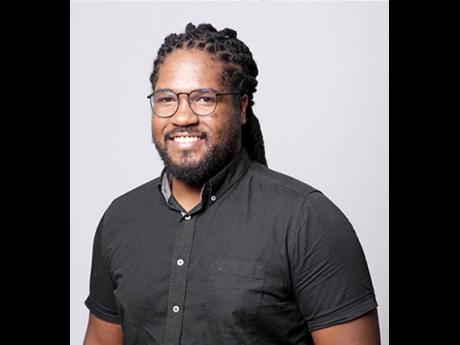 For film-maker Saeed Thomas, falling in love with arts and entertainment was as simple as it could get.

He was a student at The University of the West Indies, Mona campus, hanging out at the Philip Sherlock Centre for the Creative Arts when production and lighting designer extraordinaire, Nadia Roxborough, asked him to carry out a rather small job. Thomas was instructed to place a stool on the stage, but he recalls, “just doing that alone was pure joy”, and so, beginning with that task, he continued to work in the arts. When he transitioned into the working world on a full-time basis, he had no idea his journey would lead to him co-owning his own production company, and he never would have guessed that his work would earn him the recognition of the prime minister. Thomas was one of five persons honoured for their outstanding work in the arts and culture field at the 2020 Prime Minister’s National Youth Awards for Excellence.

“With the work I have been doing over the years, I knew I was in good standing, but I guess just the reality of it (the PM’s Youth Award) happening was a bit of a surprise, to be honest. I am not the type of person to build up my expectations before something happens. There were some interviews to be done before they announced the winners and those were rough,” he told The Sunday Gleaner.

“It was a panel-type interview done via Zoom and those are hard enough to manage when you’re there physically, more so online. It was hard to read the room and they were asking questions along the line of why I [thought] I deserved the recognition.”

Thomas said for him, the questions made him dig deep into the work he had been doing over the past six or seven years. “What I told them was that I have dedicated my life to the arts and entertainment. I mean, I started off with theatre, I moved into production, where I did almost everything, learning everything I can from stage management to the production aspect itself. I have produced many shows for countless artistes and I have even worked on the Grand Gala. Then I went into the field I am in now, which is more film-related, where I have done sound design for Flight, which was the first film I worked on to be picked up by HBO. I have produced my own short film, Kinto, and many other pieces that are noteworthy, and so this award is just to signify that the hard work that I have done over the years is paying off,” he said.

“I am also the co-owner of the production company M-One and that I told them is what I am most proud of because I have always wanted to not only hire persons so I can give back to my field monetarily, but through M-One I can train young professionals and set them up to advance our industry even further.”

Thomas says he aims to transform the creative industry. “I wanted to make a change within my industry, and so although I am a creative, I vowed to excel in whatever I do, step out in a certain way that makes me able to impact the industry in meaningful ways and I am now able to do that. I randomly moved from company to company to learn different things, went through a lot of hardships, not in the hopes of recognition but just because this is what I love,” Thomas said.

“I would hope that this recognition adds some prestige to the work I’ve done. It is a big award and I am grateful for it, but for me though, I really just want to continue to work hard and continue to have a vision in place not only for myself but for others because my main goal in all this is to impact this industry.”

Speaking of impact, Thomas, who has been working on his next short film, Sugarcake , said while he is not boxing himself in creatively, he wants to tell stories that are more diverse. He said the latter has been lacking in the film-making world and he hopes to bridge that gap.

“I know I have bigger dreams for myself in terms of storytelling. I want to see more diverse stories on screen because that isn’t something we grew up on. I want us to do more feature films that focus on our story. That is a huge thing. With everything going on in the world now, I think it’s very important to push our own content to convert some of those novels that we read as teenagers, into feature films or series. That is definitely something I am trying to do more of that and if the PM Youth Awards can assist me with [achieving] that, then that would be great.”