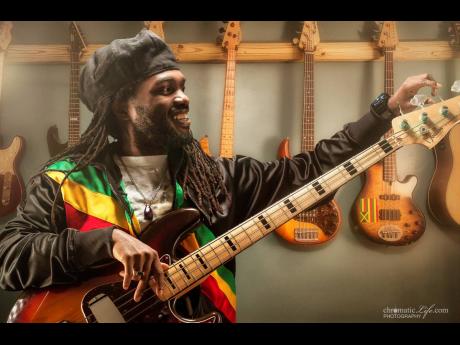 Photo by Austin Amacker
Aston Barrett Jr says the Grammy nomination means more to him for his father than for himself. 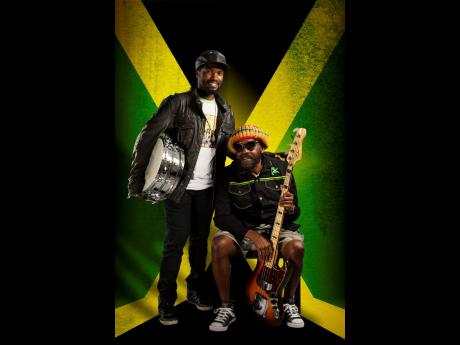 When Aston ‘Family Man’ Barrett, leader of reggae group The Wailers fell ill in 2016, his son, Aston Jr took over the musical reigns. On advice from his father, Barret Jr’s first mission as band leader was to get the original members of the band back together. Having done the best he could where that was concerned, in 2018 the group set out to put together an album. It took them some two years, but on August 21, The Wailers released their first solo album in some 25 years. The compilation, titled One World, would go on to make the 2020 Grammy shortlist, a first for the band outside of their association with the late Bob Marley.

In an interview with The Gleaner, Barret Jr revealed that although he tried to outrun his destiny of one day leading the band, he knew he would have to embrace it. “I was touring with my father when he got ill, and he said, ‘You’re gonna have to take over the band’. I used to run away from it because I didn’t want all that responsibility and extra stress. I just wanted to deal with the music, but after a while I made peace with the fact that this was what I was supposed to do. If I didn’t, I would be letting my father down and, most importantly, myself, because this is my gift, and when yuh get a gift you must use it,” he said. “You know, when they tell you in life you must try and figure out what you want to be and some people go college and all that, for some reason, from I was young I already knew this was what I was going to do. I always knew that I was going to do my father’s work and I never thought of anything else.”

ESSENCE IS THE SAME

Having made peace with his destiny, Barrett Jr said he set out to add a new element to The Wailers. He said while the band’s core purpose remains the same, as the next generation, some things will be made new. “One thing my father told me is that if I can’t look back at the past and do the same things, I must at least do things differently, but with the same respect. Yes, we’re in a ‘new school’ now and so some things will have to change, but the essence of The Wailers music will not,” he said. “In order to make music as The Wailers yuh haffi think respect, yuh affi think message, and das why it took us so long to put another album out there. We still a stand firm inna Babylon, but modernising the music in a way where it doesn’t lose that message. When I do work for The Wailers, I know that it has to be the best and that everything must be top level. The band already set a certain standard with Bob Marley and so if we can continue that legacy in these new times, we can take the music to even bigger heights.”

Speaking of which, Barrett Jr expressed that the Grammy nomination, although one of his biggest accomplishments to date, means more to him for his father than for himself. He said the band was undoubtedly expecting to make the prestigious list, and said the honour is dedicated to his father. “Yes, we were expecting to make the cut, but even if we never get it we wouldn’t give up, because we’re looking to the future. Nonetheless, I was very happy when we got nominated because my father and my uncle (Joe Higgs) never got a Grammy even though they made [the] Album of the Century, and so my Grammy will be their Grammy,” he said. “To be truthful, a win would make me feel very accomplished, but it would be going straight to my father. That is who I am doing this for and get it or not, we will never give up.”

One World was produced and co-written by multi-Grammy-nominated producer Emilio Estefan and released by Sony Music Latin. It features work from Emilio’s daughter Emily; French harmonica player Frédéric Yonnet; Brazil’s Carlinhos Brown and Natiruts; Puerto Rico’s Farruko; rappers Paul Anthony and Black Dada; and Jamaican artistes Jesse Royal, Shaggy and Kush Gad. Members of the I, Three, Cedella and Skip Marley are also featured on the album, quelling rumours that the Barrett and Marley families are at odds. Speaking of which, Barrett said he was happy he got to work with Cedella and Skip as the unity not only speaks volumes about the album, but about the ‘One Love, One Heart’ message Bob Marley and The Wailers preached from the inception. “How can you sing about ‘One Love’ and don’t live it? And so we brought back a lot of that love with this album,” he said. “It’s no secret that after Bob died a lot of things went haywire, but the band kept moving because we were always on the same mission. The album is testament to that because we have Skip on there, Cedella on there, and we’re working with almost all of the core members of The Wailers. It’s a good feeling.”