King Tubby ‘must not be forgotten’ - Life of legend to be celebrated with show, dub album 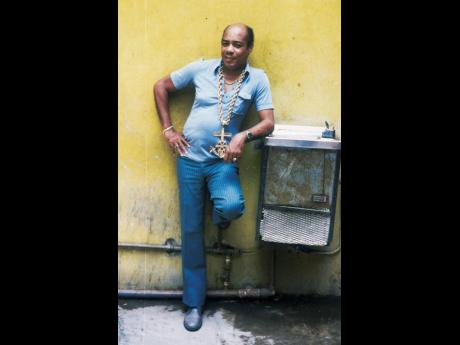 Contributed
King Tubby, who is considered the inventor of the concept of the remix, was killed on February 6, 1989, outside his home in Duhaney Park, St Andrew. He was returning from a session at his Drumalie Avenue studio in Waterhouse. 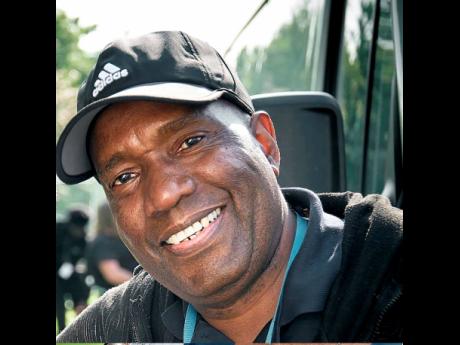 It was on the February 6 birthday of reggae greats such as Derrick Harriot and Bob Marley that the life of a musical genius was snuffed out. Seminal music producer and engineer Osbourne ‘King Tubby’ Ruddock was shot and killed on that day in February 1989 outside of his home in Duhaney Park, St Andrew. He was returning from a session at his Drumalie Avenue studio in Waterhouse.

Fast-forward three decades and the life and legacy of King Tubby, whose groundbreaking innovations in the studio saw him “elevate the role of the mixing engineer to a creative fame previously only reserved for composers and musicians” will be celebrated in a huge way. Paul Scott, the promoter for the King Tubby show, ‘Sound System Club Presents: Firehouse Crew and Friends Tribute to King Tubby 31 Years Since his Passing’, is adamant that the greatness of King Tubby must not be forgotten.

“The event is being planned to recognise the contributions King Tubby has made to reggae music and electronic music across the world. The event is a call for King Tubby to be honoured with distinction and highlight his ongoing never-ending portrayal of Jamaica’s greatest attribute: reggae music. Once I began to travel the world, my eyes were opened to the respect accorded to King Tubby and his musical creations,” Scott, Tubby’s former business manager, told The Gleaner.

A virtual event, it will be streamed live from the King Jammy’s studio in Waterhouse on March 27 and will see performances from The Firehouse Crew, the band that boasts that its career started with King Tubby; Tubby protégé, Anthony Redrose; saxophonist Dean Fraser; and singers Courtney Melody, Thriller U, Duane Stephenson, and Miriam Simone from Suriname. The Firehouse Crew will be releasing a dub album, Tribute to King Tubby, especially for the event.

King Tubby, whose dubs became the soundtrack of that era, making him a figure of immense influence, is often portrayed as one clothed in humility. Scott shared with The Gleaner that King Tubby was “very quiet and studious” and enjoyed listening to a little jazz, preferably by Thelonious Monk, at the end of the day. George Miller from Firehouse Crew concurred. “He wasn’t much of a talker. He was a genius. Tubby was a warm-hearted person who was our mentor and godfather,” Miller declared.

King Tubby’s musical journey began when he was 17 years old and operated his own Tubby’s Hometown Hi-Fi in 1958. He attracted U-Roy and Dennis Alcapone, who were the deejays on the sound. He later ventured into the world of studio engineering and became exceptional at what he did. Interestingly, the pioneering studio engineer’s trade as an electrician is often cited as one reason for his expertise in the field of sound engineering. It is said that his knowledge of circuits and crude equipment would reshape the music landscape. “Being an electrician influenced the sounds he created and the knowledge of the equipment he worked with. He not only made the electronic equipment, [but] he could change the way they operated to give him the sound he wanted,” Scott explained.

Tubby, who earned his kingship from his innovativeness, used his small studio in the musical inner-city community of Waterhouse to churn out a whole new sound that “redefined Jamaican popular music in the 1960s and 1970s”. And, according to Scott, King Tubby was aware of his own greatness. “Yes, but he was not boastful about it. The title ‘King’ came from his innovation and the command he had over the creative aspects of dub, which he made an art form,” Scott elaborated.

According to one of his bios, King Tubby can be considered the inventor of the concept of the remix that later became commonplace in dance and electronic music production. His most famous dub, and one of the most popular dubs of all time, was King Tubby Meets Rockers Uptown from 1974. Legend has it that the original session was for a Jacob Miller song called Baby I Love You So, which featured Bob Marley’s drummer, Carlton Barrett, playing a traditional one-drop rhythm. When Tubby completed the dub, which also featured Augustus Pablo on melodica, Barrett’s drums regenerated several times and created a totally new rhythm, which was later tagged ‘rockers’. This seminal track also later appeared on Pablo’s 1976 album King Tubby Meets Rockers Uptown.