Jazz and Blues Festival on a quest to set the stage - Latin musician Jon Secada, locals Richie Stephens and Jah9 confirmed to perform 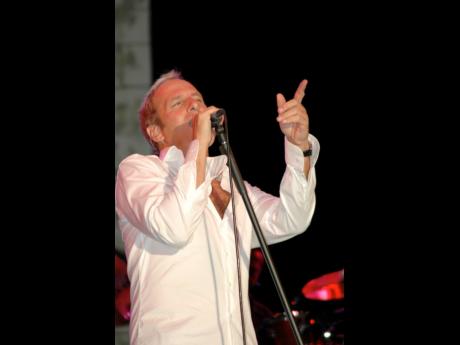 Claudine Housen
Michael Bolton performs during the 2007 staging of the then Air Jamaica Jazz and Blues Festival.

Approximately 20 local bands are currently in the running to secure a spot, on the virtual stage, for the first night of the Jamaica Jazz and Blues Festival when it returns to the calendar following a five-year hiatus. The festival is scheduled for three nights, from January 28-30, and the BandQuest competition which the organisers launched approximately three weeks ago has received entries from a wide scope of musicians who are versatile in playing more than one genre of music, shares festival co-producer Marcia McDonnough.

The idea of hosting the online competition, she told The Gleaner, “was born out of the festival’s small stage complement”. “Over the years, what initially served as the entertainment in the food court transformed into a platform for budding talent to showcase their skills, not restricted to any one genre,” said McDonnough.

Only six of the 20 entries will be selected to participate, but it does not mean the opportunities for the musicians to work with the festival end with their submission to the BandQuest competition.

“It’s not only young or up-and-coming talent, what we encourage is for persons to put themselves out there. People having seen the bands and musicians help them to gain exposure and generates more opportunities to end up on the big stage, as it has done for some in the past,” McDonnough points out.

The organisers needed a submission deadline that could allow for them to review the bands and musicians, but also saw it fit to extend the time for entries, she said. Now, as voting closes this weekend, “our team is looking forward to choose the winners and get them prepped to perform on Jamaica Jazz and Blues’ Night One”.

The festival has showcased the talents of over 400 international and local acts, including Diana Ross; Michael Bolton; Gladys Knight; Estelle; Kenny Rogers; Celine Dion; Earth, Wind and Fire; Brian McKnight; Tessanne Chin; Marcia Griffiths; Tarrus Riley and Moses Davis (Beenie Man), among others. For the upcoming staging, reggae crooners Richie Stephens and Jah9 as well as award-winning Latin-pop artiste, Jon Secada, known for hits like Just Another Day, have been confirmed. Over the decades, the line-up has managed to attract thousands of visitors to the island, and while the 2021 staging will be done virtually, the co-producer emphasised that the mission still remains the same, “to host a premium, one-of-a-kind show that also shares the enriching culture of Jamaica”, as it utilises the tag line, ‘Bring Back the Magic’.

A staple event in Jamaica’s musical culture, the festival is no stranger to the virtual format, having been credited as one of the first to test the live-stream waters, recalls McDonnough, though, “it may have been before the right time”, McDonnough said.

“Back then, the technology and Internet service utilised was probably not equipped to handle it,” she continued.

Currently finalising the studio space and the official line-up, she said even without having to plan a full production that involves a physical set-up, the nostalgia is setting in.

“This staging will bring back memories, although just a taste, with all the elements, which includes the virtual marketplace. It will remind people of what our festival strived for and also set the stage for its full return. I always like to extend thanks to the sponsors who have come on board and to those will join on to show support,” she said.