So you think you can lip-sync? - Sandals Resorts general managers go toe to toe in fun virtual battle 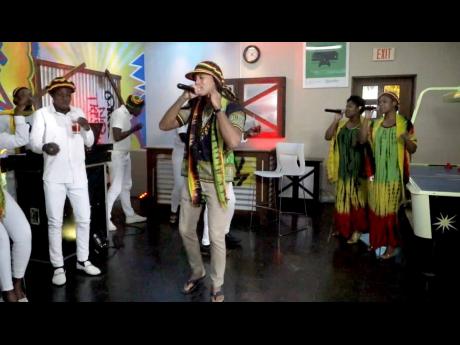 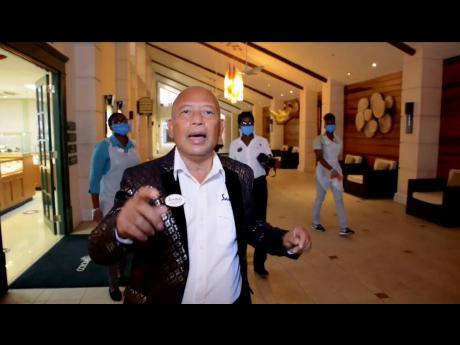 Lip-syncing has found its way into the Sandals Resorts International’s (SRI) Hall of Fame as the chain’s general managers took a virtual battle to unprecedented levels.

“Though lip-syncing was the name of the game, the teams left no stone unturned, fully embodying their chosen artistes and songs, and going the distance to bring their selections to life in carefully curated ‘music videos’,” said the resort group in a press release.

On Monday morning, Facebook was ‘lit’ by a riveting performance by Winston Anderson, from Sandals Grande St Lucia. His lyrical rendition of Sean Paul’s Like Glue went viral, leaving viewers convinced that the video was official marketing collateral from the company.

In a series of clips, dubbed ‘The Grande Medley’, the engaging Anderson also brought originality to the performance, deejaying original Sandals-inspired lyrics on Like Glue’s catchy melody.

The icing on the cake was the creative juices that flowed from Sandals Negril’s David Latchimy, who copped the top award. Latchimy left it all on the virtual floor with an entertaining and convincing representation of the radio edit of Squash’s Money Fever, placing the right ingredients in the pot and staking his claim as number one.

It was not an easy win, even as he displaced a ‘skanking’ Beaches Negril’s Christopher Elliott, whose impressive reggae and soca medley featured songs from Chronixx, Bunji Garlin, Machel Montano and Skinny Fabulous; and Sandals Royal Caribbean’s Dawn Smith, who brought Christmas cheer with a rendition of holiday favourite Feliz Navidad.

Designed to showcase the talent and creativity of the company’s top-tier bosses and team members, the event was aimed at providing entertainment for the regional team of over 15,000.

“Creativity has never been short at Sandals and this was further proven when 11 of the company’s general managers, supported by their teams, brought their lyrical and theatrical prowess to the virtual stage, lip-syncing to an array of hits in previously recorded video presentations,” the SRI public relations team stated.

Not prepared to be left out of the Christmas mood was Sandals Halcyon’s Martina Roth, who performed a buoyant medley, featuring Mariah Carey’s All I Want for Christmas Is You and Jerusalema by Master KG and Nomcebo.

And over in The Bahamas, Sandals Emerald Bay’s Jeremy Mutton took viewers back in time with a soulful performance of Earth, Wind and Fire’s September, set in the resort’s main pool, while Surinder Kahlon, Sandals Royal Bahamian’s general manager, channelled his inner music video star with a convincing depiction of Go Crazy by Chris Brown and Young Thug.

Commenting on the success of the series, Adam Stewart, deputy chairman, said, “This has been a trying year in more ways than one, and despite the fact that we were unable to have our traditional Christmas parties to celebrate and unwind, we felt it important to provide an outlet for our team members to gather, albeit virtually, showcase their abundance of creativity and still have a good time. By all accounts, a good time was indeed had by all, and we’re already looking forward to the next staging of this epic event.”