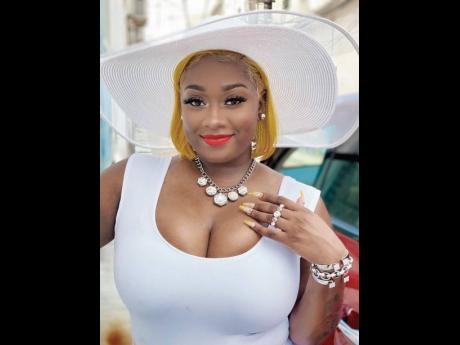 Coronavirus, enter stage left. Perhaps one of the hardest-hit sectors in the pandemic, the entertainment industry was brought to a grinding halt globally as curfews, travel restrictions and a ban on large public gatherings became the ‘new normal’. Things were particularly dismal on home soil with very few legal, live entertainment events held since March 2020. Surveys conducted by the Ministry of Culture, Gender, Entertainment and Sport in May reported a loss in excess of $26.182 billion.

Still, even in the midst of great adversity, the industry proved resilient. Virtual silver lining, enter stage right. It is indeed true that necessity is the mother of invention, for just when things seemed all doom and gloom, along came virtual events to save the day. Online shows such as the much-talked-about Verzuz Clash, Reggae Sumfest, Reggae Sunsplash and concerts staged by corporate companies such as Appleton, Jamaica National and Digicel kept me sane. Some dancehall selectors even held weekly ‘virtual dances’ which brought us back to what it felt like to be ‘outside’, and artistes used their social media platforms to stay connected with their fans.

This leads me to the accolades for the 2020 Year in Review: the male and female artiste of the year, breakthrough artistes of the year and song of the year.

Many singles made an impression on me in 2020. Pre-pandemic, I was vibing to Shenseea’s Sidechick and was captivated by the Trending Gyal’s boldness to confess utter satisfaction with being a ‘proud sidepiece’. This was perhaps the first time a female artiste came out to say she was OK with not holding the ‘wife position’. She gave me a new ringtone in August when she released the Lighter track with Tarrus Riley. In my opinion, it was her biggest song for 2020 and a strong contender for song of the year.

Her labelmate Teejay edged her out, however, with his From Rags To Riches testimony. Govana’s Convo series also made my list for 2020. The three-part song had me completely caught up and from the first installation in January, I waited with bated breath to hear how the story would unfold. Still, it was Koffee’s Lockdown track that did it for me in 2020. Koffee dared to ask the question that was on everyone’s lips: “Where will we go? When the quarantine thing done and everybody touch road.”

Male Artiste of the Year – Govana

Aside from the Convo series, Govana consistently churned out noteworthy tracks all year. He even birthed a new slang when he released the track Likkle Bit A Money in July. Govana works quietly and has consistently produced impactful tracks. Even if he isn’t the popular pick, give unto Ceasar what is due.

Female Artiste of the Year – Shenseea

The dancehall princess made her mark in 2020. She lost her mother in June and while she wept openly as she shared the pain of “losing a half of her heart”, she kept grinding and in August she released Lighter. The song trended number one on YouTube for weeks and has since amassed close to 35 million views on the platform.

Breakthrough Artiste of the Year: Male and Female

For breakthrough artistes of the year my choices are Skillibeng and Shaneil Muir. Mr Universe came out in 2019 with his breakout single Brik Pan Brik and when many said he’d be a one-hit wonder, the artiste said otherwise. Torpedo, Shake ft Jada Kingdom and Crocodile Teeth are among the songs that made Skillibeng a hot commodity in 2020. He grabbed the international attention and signed a publishing deal with Sony/ATM UK near the end of the year.

Muir, with her breakout single Yamabella, caused just as much chatter as Skillibeng in 2020. Her name is the first on the lips of countless industry insiders when asked to name a female dancehall act to watch out for. Signing on to Good Good Productions in July, Muir went on to release Same Guy with labelmate Denyque and the track opened even more eyes to the mega talent that is Miss Muir.