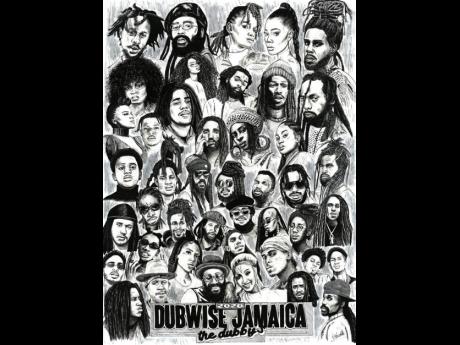 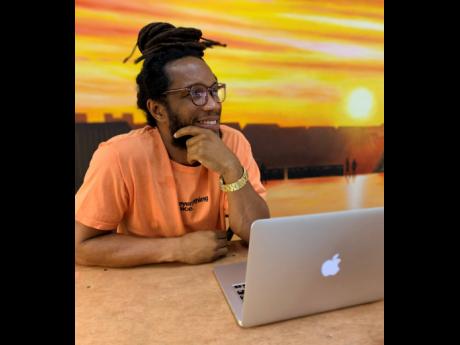 There have been numerous calls in recent times for a global reggae awards show hosted in Jamaica, by Jamaicans. Of course, there is the well-established Jamaica Reggae Industry Association (JaRIA) Honour Awards. Still, over the years, there has been an increase in the demand for more localised shows to honour the contributions of our industry professionals. Those calls have been answered by co-creator of Dubwise Jamaica, Jason Panton, as he and his team get ready to host the inaugural staging (albeit virtual) of a digital music awards called The Dubby’s.

Speaking with The Sunday Gleaner, Panton revealed that he has been toying with the idea of an awards show for a number of years and admitted that with the inactivity on the local live-event scene, he had time last year to finally put those plans into motion. “COVID as we know, has had its good and its bad. One thing COVID has done for all of us is centralise us a little bit more. We have been doing less running around over the past year. For me specifically, in December, I would normally be coming off of a Dubwise live event or be planning the next one for Reggae Month, but not having those as a realistic option in a meaningful way last year, I thought about what we could do that would actually impact our audience,” he said. “I have wanted to do this awards show for a while now, and we found ourselves with the time so I said, ‘Why not?’ This was on the [shelf] for a while, and now we get the chance to manifest it.”

Unsure of the space he was about to step in, Panton said he decided to test the waters with a flyer announcing the idea on social media to gain some feedback. The post he said returned an overwhelming response. “We pushed it out as a trial. We put the flyer together and sent it out for feedback and, yow, the response was overwhelming. We got over 3,000 votes from people, which told us without a doubt that this is something they want,” he said highlighting that a major part of the response had to do with the desire for Jamaicans to have an awards show that is uniquely crafted to suit the local music industry. “Jamaicans have long called for an awards [show] that is authentically theirs, so I knew there was a market for it, but Jah know the response was a pleasant surprise,” he said. “It showed me that Jamaicans want to be recognised by their own, and the Dubwise brand is undoubtedly uniquely Jamaican. I think that also contributed a lot to the overwhelming response that we have received.”

Speaking of a brand that is uniquely Jamaican, Panton said he believes that the idea was embraced by many because the Dubwise platform would be staging these awards for all the right reasons. “Another part of the response has to do with Dubwise being a platform that will do this for the right reasons. Unfortunately, a lot of people start awards for the wrong reasons. I think some people get into it for the hype aspect of it, meaning they want to be able to have artistes repost and promote the show to grow their platform. Dubwise is an internationally successful platform, one people are already familiar with, and so there is no sales pitch necessary to garner support for this venture. Dubwise has done the groundwork over the past seven going on eight years, and this would just be the culmination of all of that work, staying consistent in what we do and continuing to make meaningful contributions to the culture.”

Not keen on giving away too many details about the upcoming awards, Panton sought to assure Jamaicans that it will be one for the books. “We have a plan, and as with most of these things, we are just trying to make sure that we are as safe as possible. It’s going to be virtual, and so people will be able to tune in via social media and YouTube, and for now, we just want people to sit tight and watch what will happen. I think I am going to pre-record and air it live because we want to incorporate so many details like motion graphics to introduce the nominees, etc. With these kinds of things you wanna take your time and make sure you do it properly and especially because this will be our first staging. We are currently working on our custom trophy, and we have partnered with Kaya Herbhouse to get it all done,” he said. “We are working on an air date for the end of January. The very latest it will run is the first week of February for Reggae Month.”

The inaugural Dubby’s Awards sees nominees in categories such as Best Album/EP (male and female), Best Singles (male and female), Best Collaboration, Best Reggae/Dancehall Collaboration, Best Roots Singles, and Future Reggae Singles. From established artistes such as Protoje, Buju Banton, Chronixx and Etana to rising stars such as Lila Iké, Sevana, Jaz Elise, Tessellated, and Runkus, the Dubby’s features a balanced cross section of nominees. And speaking of balance, Panton told The Sunday Gleaner that he and his team have pulled out all the stops to ensure that the voting process is fair and transparent. “I did my master’s in arts management and half a doctorate in organisational leadership, where I had to do a lot of surveying and understanding things like bias and how to eliminate it in these circumstances and make things as transparent as possible. So this will be as transparent as awards shows get. At the end of the voting process, as the winners are announced, everybody will know what the percentage of votes they got as the document will be uploaded as a PDF and a graphic on dubwise.com,” he said as he disclosed his expectations for the event. “I am hoping for a show that is successfully executed and well received because my success is measured by the people, not how I did. If the people love it and it meets their expectations and everybody is pleased, I am happy.”

Voting for the Dubby’s closes on Monday morning. Votes may be cast at dubwisejamaica.com.

Protoje - In Search of Lost time

Kabaka Pyramid - Nice up the dance

Jah9 ft. Chronixx - Note to Self

Five Star Celestial- One Away -

Thy Will - Lila Iké

Black am I - King of Kings

THE NEW COUP BREAKOUT ARTIST OF 2020