Wendy Williams has no regrets over marriage 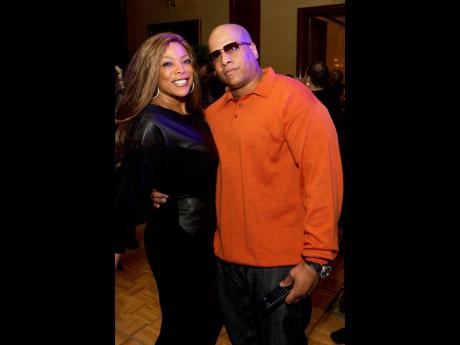 File
This March 25, 2011 file photo shows Wendy Williams and her husband Kevin Hunter at Aretha Franklin’s 69th birthday party in New York. Williams filed for divorce after nearly 22 years of marriage to her husband and manager.

Wendy Williams doesn’t “regret” anything about her marriage.

The 56-year-old talk show host split from her husband Kevin Hunter in 2019 after over 20 years of marriage after the producer allegedly fathered a child with another woman, but the presenter wouldn’t change their relationship because it’s helped make her who she is today.

Speaking during a panel event to promote ‘Wendy Williams: The Movie’, she said: “The life that I’m living right now is my best life, and I have no guilt about saying that. I don’t regret meeting Kevin, I don’t regret falling in love, I don’t regret staying with him for all 25 years, 21 of them married. I like who I am, so I have no regrets.”

Wendy also admitted her split from Kevin was “about a good 10 years in the making”, but she stayed with her spouse for the sake of their son, Kevin Jr, now 20.

She said: “The bigger the talk show got and the more I would look into my son’s eyes and see the things that he needed regarding having his father present in the home, and his mother and the family foundation, the more I decided to give of myself.”

Wendy served as executive producer on the film and was pleased it gave her the opportunity to clarify misconceptions about herself and present the truth.

She said: “I was able to clear up half-truths and untruths. Just when you think you know, you watch a biopic and you learn a whole lot more – and for mine, I wanted to be very truthful.”

Kevin does feature in the movie but he “had no input” into the contents of the biopic.