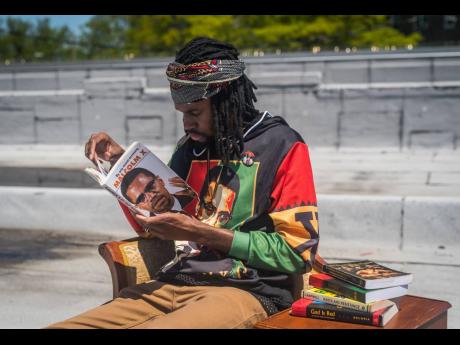 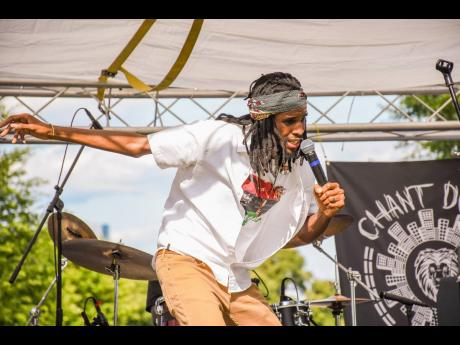 Autarchii (pronounced Aw-Tar-Chee), describes himself as a conscious reggae artiste whose mission is to elevate the mind of people through music. Quite focused on music as well as community service, he has a quaint way of painting the interaction between the two. “Music is community work in the form of melodies,” he told The Gleaner.

“My music gives solutions, social commentary, self-identification with Africa and the upliftment of black beauty,” added the founder of the Youths Today Scholarship and Entrepreneurship Meets Live Music, which is an event designed to boost self-reliance among black youths.

He took quite a bit of time to explain that the name ‘Autarchii’ is a depiction of ‘autarchy,’ which means absolute rule or power. He says that he was ‘baptised’ by his cousin, “who believed that his revolutionary approach to music would make him inextinguishable”.

But revolutionary or not, Autarchii finds empowerment in regaling the black woman with all that is due to her. It is no coincidence, therefore, that his most recent release is titled Black Beauty, and it is as much reggae and lover’s rock as it is a real love song.

Released in November of 2019, the Montego Records single, which Autarchii explains “puts a glorification on the black woman”, was picking up a bit of steam in 2020 before COVID stopped its flow. But the artiste and his team forged ahead with shooting the music video, which they quietly dropped in May 2020. All of five minutes long, it is accurately called a ‘music movie’, and it is set in a location designed to stimulate intrigue: “A tropical paradise where black men adore black women and black women admire black men.”

The producers were compelled to write in the notes, “ Black Beauty is more than just a song, it is rather an allegory of African love, the love that the Eurocentric media likes to hide. This song highlights the powers of a woman with melanin, the more she embraces her African identity, the more attractive she becomes. The ultimate aim is to unite the African family leading to true empowerment.”

A member of the Rastafari community, the artiste has talent in his favour and lineage in his blood. He is the son of veteran recording artiste Donovan Joseph and the cousin to the Crown Prince of Reggae Dennis Emmanuel Brown, and Autarchii, is only too aware of the magnitude of his responsibility. He is also quite proud of being a mentee of the late legendary Wayne ‘Sleng Teng’ Smith, who taught him many ins and outs of the music industry.

The singer, who had plans to release a full album in 2020, did a re-evaluation of the process and instead, placed the virtual resources on promoting the single. “I did a lot of radio interviews, which helped with airplay and spent a lot of time in studio. The album was originally supposed to be 17 songs, but it is way more than that now. So the planning and preparation continues. It is all about the journey, and sometimes it is unpredictable,” Autarchii said.

It was in 2017 that Autarchii released his debut album titled Land of the Free, which was distributed by VPAL Music. Reggae Vibes, a Netherlands-based magazine, said: “listening to Autarchii’s first full-fledged album is a mind-blowing experience”. Always ready to entertain and interact with his growing fan base, he has had the honour of sharing stage with artistes including Horace Andy, Inner Circle, Anthony B and The Mighty Diamonds. And in the fall 2019, he embarked on a tour in Kenya.