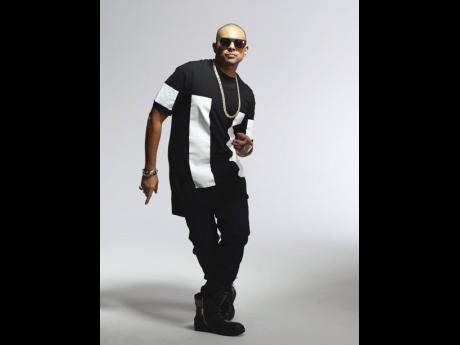 Contributed
‘It was time for a person like myself to address this issue’ of crime and violence in Jamaica said Grammy Award-winning dancehall artiste Sean Paul.

Drawing on the 1961 British-American war film, The Guns of Navarone, Grammy Award-winning dancehall artiste Sean Paul has painted yet another grim picture of Jamaica’s massive crime problem with a song of the same name. Partnering with fellow entertainer Jesse Royal and dub poet, Mutabaruka, the father of two is hoping to encourage gangsters to turn away from a life of crime as the latter will only lead them down two roads: death or jail.

Sean Paul’s Guns of Navarone opens with Mutabaruka questioning the logic behind choosing a life of crime. Describing the incidences of violence as traumatic, Mutabaruka said that society has so normalised these acts of war that it seems almost enjoyable to the criminal elements carrying out the brutality.

“How can a people be so traumatised that dem start to love dem traumatic experiences,” Mutabaruka asks in the song’s intro before Sean Paul gets into the chorus of the song where he laments that despite life being a most precious gift, there is no regard for it at all.

Breaking down the track for The Sunday Gleaner, Sean Paul said he wanted to make a statement about Jamaica’s crime situation and why it seems to be getting more uncontrollable each day.

“It (crime and violence) is horrible, it is sickening. People looking at babies and killing them, old people and executing them, it really is sad and it was time for a person like myself to address this issue. We address songs all day long about ladies dancing, about cheating, about how ‘bun’ hot and all these things and, of course, we want to keep talking about those things, but we also have to say things that really touch people or enable people to open dem mind and grow a little bit,” he said. “I think that is what we need to do more of as the entertainers in the society. We need to not only follow what is happening and hype right now, but we need to edify people and educate them on certain things. We need to open dem mind.”

The entertainer went on to say that although many believe that the music is one of the biggest enablers of crime and violence, it is not to be blamed 100 per cent. He said that individuals ought to take responsibility for their choices as the decision to become a criminal is not their only option.

“As a youngster, I never know what coppershot was and Coopershot is my bredda sound system. When I learn the song from Bounty Killer weh a talk bout coppershot me a say ‘weh him talk bout’ and mi find out say is when bad bwoy make shot outta copper and it sting hot and it will poison your blood and I was like ‘whoa’. I learnt that from that song and it never make me pick up no gun or nothing,” he said.

But while Sean Paul indicated that one does ultimately have a choice, he admitted that songs do contribute to desensitising individuals about the lasting effects of crime. He, therefore, sought to encourage his colleagues to strike a balance in the content. He urged them to craft songs that are not purely for entertainment purposes, but tracks that will sway gangsters away from the gun.

“It takes a village to raise a child and to me, we as entertainers have a moral responsibility to society to try and uplift, educate, edify and also entertain. It can’t all be about entertainment, it can’t be in one direction, it can’t be all darkness all the time. That will only lead to a dark future,” he said. “And when yuh future dark and di man dem start pree certain things, dem only have two place a go: prison or Meadowrest. I am sorry to say it like that but that’s just how it is.”

Guns of Navarone was released in December. It is one of the tracks on Sean Paul’s Live and Living album slated for release March 12. The compilation, which Sean Paul said is aimed at encouraging collaboration over confrontation in music, will see features with artistes such as Masicka, Govana, Busy Signal, Buju Banton, Squash and Intence.