Swedish nurse wins a week of isolation, films amid pandemic 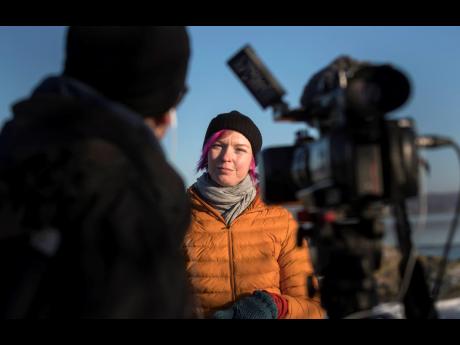 AP
Lisa Enroth is interviewed on the island of Hamneskar, western Sweden on Saturday. The 44th Goteborg Film Festival opened this weekend in a mostly virtual format, but an emergency ward nurse from Sweden was selected among 12,000 volunteers to spend a week on an isolated island in the North Sea with only the events’ entire movie selection for companionship. Enroth said the opportunity gave her ‘time to reflect’ after a busy year amid the COVID pandemic. 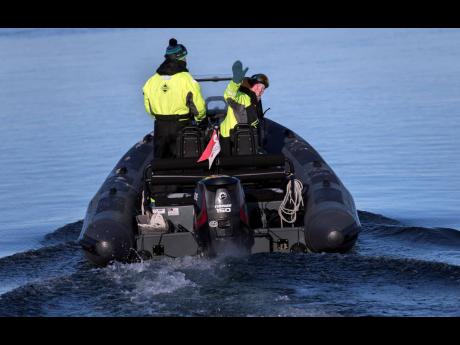 AP
Enroth waves as she departs for the island of Hamneskar.
1
2

Cinema in lockdown: Scandinavia’s largest film festival is exploring the social isolation resulting from COVID-19 by setting up a temporary cinema-for-one on a desolated island in the North Sea, with the only companionship being the events’ entire movie selection and enough food to last the week.

Lisa Enroth was selected among 12,000 volunteers to spend a week on the island of Hamneskar at Pater Noster, a former lighthouse turned boutique hotel. An emergency ward nurse from Sweden with a passion for film, Enroth said the isolation would give her “time to reflect and be alone” after a busy year amid the COVID-19 pandemic.

This year’s Goteborg Film Festival, which runs from January 29-February 8, is certainly unique. ‘The Isolated Cinema’ is only accessible by small boat and is located at the very edge of an archipelago in one of western Sweden’s most barren and windswept locations.

Enroth, who left for the island on Saturday, watches the films online either in her room or a living room, or she can watch them from the top of the lighthouse itself, where organisers have set up a small screen surrounded by an amazing view.

The artistic director of the 44th Goteborg Film Festival, Jonas Holmberg, hopes this extreme viewing experience can help reflect on what the pandemic has done to our relationship with cinema.

“During this pandemic, so many people have turned to cinema when in isolation,” he said. “But the pandemic has also changed how we experience films.”

Like most events, the film festival has moved online as COVID-19 restrictions banned public gatherings, but organisers have set up a real-time streaming platform, accessible to people living in Sweden, in a bid to replicate, albeit virtually, the collective cinema-viewing experience.

At the Draken cinema, the traditional home of the film festival, only one ticket is available for each screening, but film-makers, actors or producers may also appear to speak about their work.

The opening gala saw the Swedish premiere of Tove, the 2020 biographical film of the Finnish author and illustrator Tove Jansson, creator of the Moonins series. Walking down an empty red carpet, the movie’s director and lead actress dressed the part and the organisers sought to replicate the excitement of a premiere to the lone viewer in the hall. But a buzz was also found online, with people posting photos dressed up for the premiere and drinking champagne.

“We want to encourage that and make it as much as a social experience as is possible,” Holmberg said.

For the real-world movie experience, a lottery determines who gets a ticket and on Saturday it was Sandra Fogel’s turn to sit alone.

Of the 700 seats to choose from, she sat off-centre a few rows from the side.