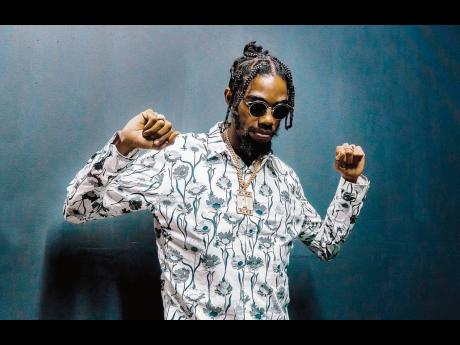 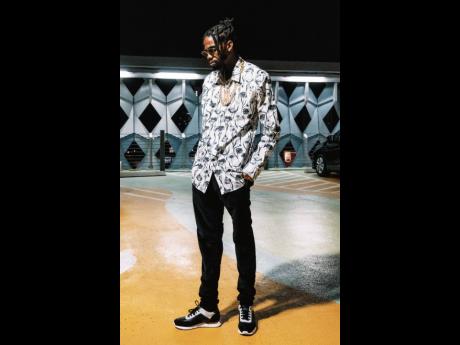 Alkaline has reinvented himself countless times over the past decade. From a 16-year-old novice entering the studios, contorting his voice to create a distinct sound and memorable hooks, to the controversial counter-culture icon who debuted in 2011 with unforgettable looks – this recording artiste went on to become a household name. Alkaline does not allow a minute to pass before making the correction that although he has experienced changes, “it’s the same me, just a more mature version like anybody else who has been exposed to the streets”.

In 2020, the ATM artiste commanded a sizeable presence – more than 30 million streams – on digital streaming platforms with an average of three million monthly listeners on Spotify with Canada, the United States, United Kingdom, Latin America, Jamaica, Africa and Germany as his top locations; 39 million plays on Pandora (20 million streams and 19 million in radio play) with an average of 140,000 monthly listeners rivalling others operating in the same space, largely due to the release of 12 singles and a collaboration with Stalk Ashley. That was enough validation for the artiste to get to work on a new album, having only released one throughout his career. His début album, New Level Unlocked in 2016, peaked at number one and spent 18 weeks on the coveted Billboard Reggae Album Charts. Now, five years later, he is slated to release his second album in the first quarter of 2021. Alkaline, whose birth name is Earlan Bartley, has dubbed the forthcoming 14-track compilation Top Prize, which he explains, “represents when you win a competition, basically, showcasing victory against all odds. This album is timely with the opportunities I have been given, lessons learned along the way, my personal growth and experiences … experience teaches wisdom, so, it is only fair that I bring everything full circle”.

Undoubtedly one of the best lyricists to emerge into the dancehall sphere in the past decade, in recent years he has become the pre-eminent misanthrope; but in his interview he was thoughtful and reflective, a transformational figure on the verge of greatness.

“I know all the Vendetta fans who have been part of the movement since day one will appreciate what’s on the horizon and even those who have just come to realise, will enjoy it too … it bad!” This week’s Five Questions With sees the ‘Man Himself’, as he is popularly known, speaking about the upcoming album, current affairs and reggae music.

1. What are some of the topics of interest explored on the album and how do you expect listeners to react?

Everything from meditation while bunning a spliff an’ ah easy, that is, conscious songs to chunes for the girls to dance to, getting rich and making money … it’s a variety of songs and crazy vibes. It’s like the ultimate prize for me, and that’s what I am giving as well, and once the Vendetta fans them happy … me will happy. Me did wah put more chune but management say save it for a next album. So, we focusing on the top prize, cause we nah stop rise (laughs).

2. Last year in March, as Jamaica faced a lockdown and newly imposed social-distancing measures, you reached out to a local children’s home to provide some assistance, why was it important for you to assist?

The institution that the Alkaline Foundation donated to caters to a wide cross-section of society and it’s important for everyone to give when they can. My team and I are leading by example. We are in the position to give back, so whenever we can, we do. It wouldn’t be the first and certainly is not the last time.

3. Have you been following the news about the COVID-19 vaccinations? How do you feel about what you are hearing and will you be leading by example in taking the vaccine?

The focus is not on that, right now I am just praying for peace.

4. Being that it is Reggae Month, where we usually pay tribute to legends of the past, is there any particular legend you would have liked to meet, record with, be in a studio session for a particular track and why?

I can’t think of any one legend or track. Reggae is the foundation and it’s great to see our culture being recognised worldwide at this time. Without reggae the world would not have dancehall or hip hop, so it’s respect to the legends all the time.

5. As someone with vision for the future, do you find people dwell on your past and/or beginning as a means to get to know you?

People will always want to learn about history – whether their own or someone else’s. What I can say is, the past prepares you for the future. From a person know where they’re coming from, they can better show appreciation for where they at now.