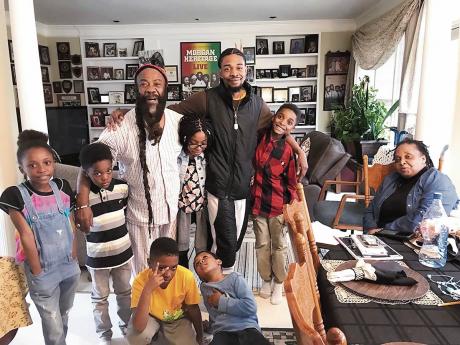 Contributed
Reuben Shaw visits with Denroy Morgan and wife Hyacinth and is surrounded by several other grandchildren. 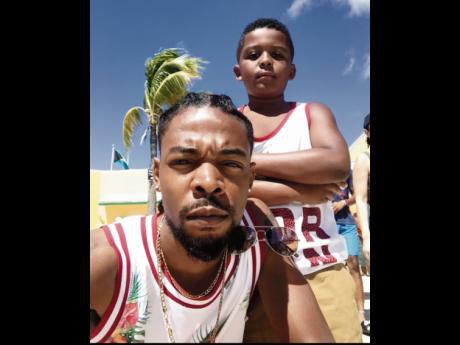 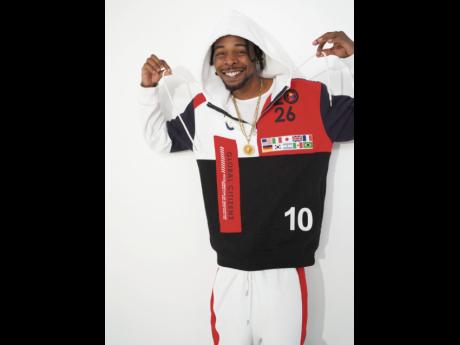 “My son is fourth generation of the Morgan family. It is important that I share with him the values and morals I was taught. The things we do in our lives are representative of our family, so I try to level with my son as much as I can and educate him about his-story.” Reuben Shaw’s words resound like a powerful actor’s monologue in the quietest moment of a film as he speaks about family and heritage and shares his passion for music and film with The Gleaner.

Ironically, Shaw is an accomplished actor, having appeared in the movies Barbershop 3: The Next Cut, starring Ice Cube, Nicki Minaj, Common, and Cedric The Entertainer; and Dirty Grandpa, with celebrated actor Robert De Niro; as well as television series ATL Homicide, which airs on TV One in the United States; and Greenleaf, executive produced by Oprah Winfrey, but he will tell you, when it comes on to music, “it runs through my veins”.

He is the eldest nephew of the members of Grammy Award-winning reggae group Morgan Heritage and the son of Janet Morgan Shaw, who is the eldest daughter of legendary reggae artiste Denroy Morgan. Morgan Shaw is a singer and classical pianist who, in the past, performed background vocals for Judy Mowatt and for Denroy Morgan and The Black Eagles Band.

“My mother, basically, started Morgan Heritage, so to speak!” Shaw exclaimed boldly, noting that “when I was around five, [the] group was young, the members were in their early teens, (so) I grew up seeing them practise every single day and becoming the artistes people yearn to see.”

Shaw has also been groomed in Jamaica by music icon and family friend Bunny Wailer. The actor-turned-recording artiste recalled popular stage shows like the Morgan Heritage-produced East Fest in St Thomas and Reggae Sunsplash, seeing his family perform, and wanting to be part of it all.

“For my whole life, they have driven me, and as I became educated, I realised I got some talent. too, but there were some different angles I wanted to touch and introduce. Everything I have done so far, they inspired me from going and graduating college to my career. Then other reggae-dancehall veterans like Beenie Man, Bounty Killer, and Shabba Ranks added to that. In the film space, the likes of Sidney Poitier and Denzel Washington became major influences,” he said. “Having been on sets like Barbershop 3 also gave me more motivation. I mean, when me deh pon set, me deh deh fi work, but after spending two weeks, 18 hours on end with influential and down-to-earth cast members, you see a lot. It’s like people become family, and the connections were real. I connected with everyone in that barbershop scene. Acting came about in a round-about way, by happenstance, while chasing my music dreams, so I just started taking each opportunity which evolved.”

Shaw is a graduate of The University of Central Florida, class of 2009, with a major in interpersonal and organisational communications, landing there after completing his first two years of college at the prestigious black college, Tuskegee University.

A passion for culture and arts led him to internships under hip hop legends Daddy-O and Grammy Award-winning producer Stevie J (Love & Hip Hop Atlanta and Life After Death - Notorious BIG). Shaw previously collaborated and released music with his uncle, Noshayah Morgan, including two singles for the soundtrack of the VH1 TV project Single Ladies, starring Queen Latifah, Stacey Dash, and LisaRaye McCoy. He also launched his own production company, Reupurview, LLC, in Atlanta, Georgia, and has turned his attention to getting his music in the mainstream.

Shaw said, “I am giving the people dancehall, lovers’ rock, reggae, along with the hip hop and R&B flavour. Everything is growing. When it comes to music, there are lot of projects in the pipeline with my family, Laza and Jemere Morgan, so right now I am trying to establish a relationship with the world of entertainment. Still, as an up-and-coming film-industry professional and recording artiste, though I can say I have done a lot of work behind the scenes and in front of the scenes, I understand there are levels to it, and I have learnt you can either sit and be content with where you are or decide to take it to the next level. I believe who I am, and with the family me come from, it’s time I take it to the next level.”

He has two singles that he is currently promoting: the dancehall track titled Winning, which is to be distributed by VPAL Music on all digital platforms, and his R&B-flavoured Bandz. Shaw also premiered Alien on January 1 to start the year off on an ethereal note, he said.

Speaking about the reggae and dancehall industry, he said, “We have to protect our music and culture. I think reggae and dancehall music run the world, but it’s in the wrong hands. We can’t have international acts using our music to push their culture and we not taking control. As far as content and artistry, I think we are good. Jamaicans are the innovators and influencers, but when it comes on to getting the claim, we have to take control.”

“Going back to the lessons I am teaching my child about legacy, I try to follow the lead given to my generation by those who came before us. When I was born, my grandfather was already renowned musician Denroy Morgan. Sure, in the house, you playing the normal role of father, but it is up to us to explain to our children who they are and their history. My son sees me go on sets and travelling, but he knows why. This is how we put food on our tables, how we survive, and it’s our legacy, a legacy to be proud of. One thing, my family is very spiritual, supportive, and humility is also very important to get you where you want to go,” he added.