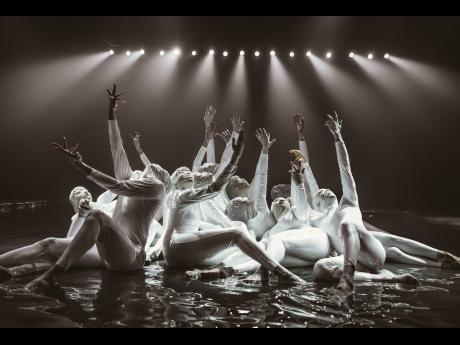 Contributed
A scene from Carnival film 'Lavway' which premières tonight on CNC3 and on the TRIBE Carnival Facebook and YouTube pages.

It’s Carnival Sunday in Trinidad and Tobago, but owing to the coronavirus pandemic, absent are the usual preparations for the two-day Carnival road march. Instead, work for another type of production is under way, the première of carnival film Lavway.

“It’s very different to our regularly scheduled programming,” said Valmiki Maharaj, creative director of TRIBE Group and director of The Lost Tribe, with a laugh. “Normally, we would be neck-deep in road preparations. Sunday was to make sure any masquerader issue was dealt with and that everyone was happy and fully prepped to be on the road.”

The film by The Lost Tribe, TRIBE Group, and Ultimate Events, with the support of Carib Beer, shows what many already know: Carnival is much more than an event.

“It tells our Carnival story through imagination and mystery. It traces the feeling of Carnival and uses sound and imagery to show that that feeling hasn’t changed despite the world changing around it,” said Maharaj.

Its launch on Carnival Sunday, Dimanche Gras, is intentional and significant. Just last year, during the twin-island republic’s 2020 carnival, one of the last before the world went into lockdown, the senior Kings and Queens of Carnival competition were returned to the Dimanche Gras stage. The competition’s prize money was also increased, with the ultimate aim of restoring the event’s lustre. Now, Carnival itself could use some magic.

“The film on Carnival Sunday is an ode to Dimanche Gras, historically our biggest show. I hope that it can inspire how our shows can be put on and bring back excitement and grandeur to that Sunday night,” said Maharaj.

Lavway tells the story of three siblings - Savannah, Time, and Carnival - and their connection to each other and those around them. The symbolism of the story is clear. Savannah, the youngest, is wild and free but has a strong connection to the past. The eldest, Time, is watchful and unrelenting. And then there’s Carnival. The sister of Time and Savannah, Carnival is balance and beauty, strength and confidence, and likely, if rumours are to be believed, to miss an annual visit with her siblings.

It will be broadcast at 7:30 p.m. AST (6:30 p.m. EST) on Trinidad and Tobago’s CNC3 and on the TRIBE Carnival Facebook and YouTube pages.