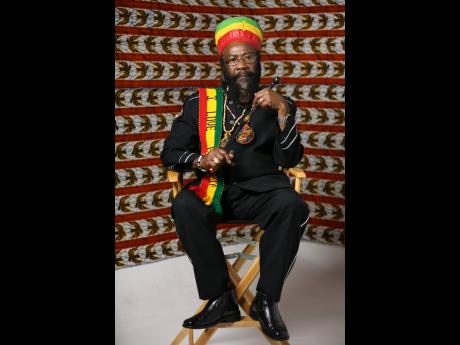 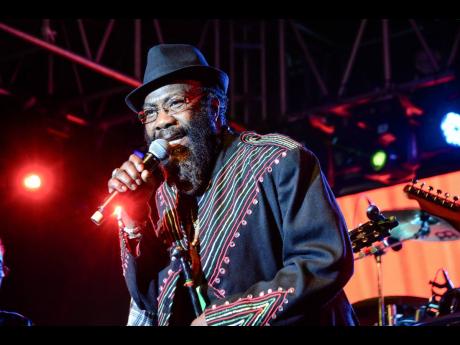 New author, Denroy Morgan, is thrilled that his book, From the Cross to the Throne, is on the shelves, readily available for Rastafarians and even those who are simply curious about the religion. He points out that there is a dearth of such material on the market and feels that it was important for him and his co-authors, Jonathan Taub and Lady Jammie Desiree, to offer this instructional text on how to practise the faith and lifestyle of Rastafari.

Morgan is of the firm belief that he was sent to the world to deliver this consciousness of God’s kingdom in earth. “Denroy Morgan, Morgan Heritage, LMS have taken it to the world by the inspiration of Emperor Haile Selassie I who is the Restoring Messiah and Yeshua, the man known to the world as Jesus Christ, who is the Redeeming Messiah,” he said.

From the Cross to the Throne explores Rastafari, the religion, and Rasta ‘livity’, that not-so-easy-to-define lifestyle and spirituality that has to be experienced. Morgan compares this book to The Promised Key by Leonard Percival Howell, the man who established the Rastafari religion in Jamaica. “Garvey was the intellectual part and Howell was the spiritual part. I was 18 when The Promised Key was introduced to me. It speaks about the divinity of Rastafari, which the world is yet to see,” Morgan explained. “His Majesty was a ‘churchical’ man and he prayed every day and never prayed to himself. He is a Christian and a Sabbath keeper,” he added.

The father of 30 children, the oldest of whom is 55 and the youngest 19, Morgan refers to himself as a ‘polygamist husband’ and he has established his own Abrahamic Covenant Family Ministry, which goes live on Facebook every Saturday from his Hilltop Tabernacle in Port Morant, St Thomas.

“My journey started in 1975 when I got my calling. It was like a visitation. I was walking from Sudan Street in Brooklyn when I heard a voice say ‘I am the conquering Lion of the Tribe of Judah’,” he said of the incident which he writes about in detail in From the Cross to the Throne.

He speaks about fasting for three days, and the almost incredible series of events which followed thereafter. “A thermostat was installed in me to detect negative energy. I shook for three years,” Morgan shared with The Sunday Gleaner.

The easy-to-read book is divided into episodes which include The Testimony, The Kingdom, The Divinity of the Covenant and closes with Restoring the Throne.

Morgan is also working on an album to be released this year and he refers to it as a concept album which embodies the vision of Kwame Nkrumah and His Imperial Majesty Haile Selassie. “When Africa speaks as a continent it will be a super power. The lyrics in the album encourage African leader to unite. Without the United States of Africa, the diaspora will not see the substance of Africa. As a Rastafarian, we always speak of repatriation but it must take place mentally and spiritually.”

One of the first singles from the album is a single titled Wildflower. “One of my church sisters felt that the song would be perfect. I heard it and I agreed. I feel a little like a wildflower myself sometimes,” he told The Sunday Gleaner.