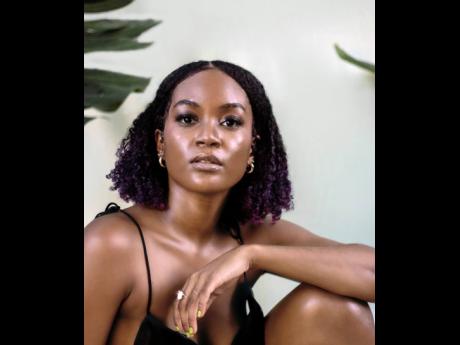 “I am a girl who loves music, a creative spirit and on a personal level I am just striving for goodness in all things. Mi just a move wid love and good intentions.” When Jaz Elise uttered those words as she described herself, it became immediately clear why her new single, Good Over Evil, was so aptly titled. The reggae songstress who is one of Protoje’s talented female sensations from the In.Digg.Nation Collective says, as a shining example of what it looks like when good conquers evil, it was imperative that she uses the track to convey said message.

“For this song, it was just about me being as honest, as open and raw as I possibly could be, and I just felt like mi never wah sugar coat anything. I just wanted it to be very straight up with what my message is and that is simple; in this life it’s strictly good over evil. It is strictly speaking life into everything that I do,” she told The Gleaner. “I can definitely say that in music in life and in relationships in general, for everything that makes me human, my journey has been one of understanding that we are not great unless we are good people. I understand that I coulda go in the studio and record the baddest song but if mi intentions nuh good, good cannot follow. The message is definitely not new but it’s coming from Jaz Elise and that’s the difference. It is real, it’s something that I have lived.”

The way she speaks about her message and her intentions as an artiste, it may be hard to believe that the singer has only been pursuing music professionally for three years. Her list of accomplishments in that short space of time makes it even more difficult. In three years, Jaz Elise has not only managed to land a collaboration with one of dancehall’s top acts but she earned herself a hit single in the track, Rock N’ Groove, while also securing a record deal with an international label. But, quoting a piece of advice she acquired from her mentor, Protoje, Jaz Elise wants it to be known that she is only just getting started.

“Diggy (nickname for Protoje) have a thing weh him always say, him say ‘This is a marathon, this is not a sprint’. I have very big dreams. I want a career in music which to me means 20 years from now, 30 years from now, people can still take up my first project and it will be a classic, something they listen to and remember when it did drop. Something iconic,” she said. “I am grateful that I have been able to earn as much as I have and be around the mentors and the spaces I have been but mi feel like mi still a step. This thing is a journey and I don’t know any artiste that feel like dem comfortable no matter how far dem reach. I am never really ever satisfied (with her achievements) enuh, because I just don’t wah get complacent. I don’t ever wah feel in too much of a place of comfort like mi belly fill now and I can sit down and kick back. There are so many more stepping stones for me on this journey.”

Speaking of stepping stones, in addition to her new single, Jaz Elise will be dropping her debut EP come March. The seven-track project called The Golden Hour is slated for release on the 5th. According to the artiste, it will showcase sides of her that have never been seen before.

“You can expect different sides of Jaz Elise because this is the most honest I have been in general making this project. I put everything that I was going through, all of my experiences – the great and not so great ones – all of them are reflected in the projects. ‘Is a mood. Every song is a different mood believe me. Every day of the week if you’re in a different mood, yuh supposed to find a song on this project that relates to an emotion you’re having,” she said. “And all I want for it is for it to reach the people, the masses, as many ears as possible. As many hearts as it can, that is my aim.”