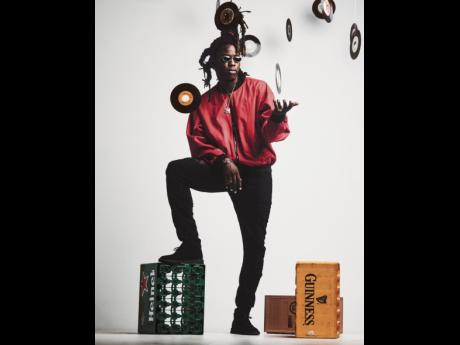 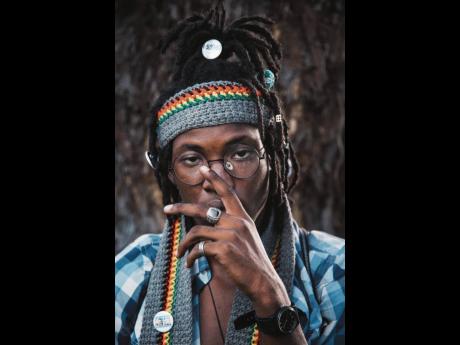 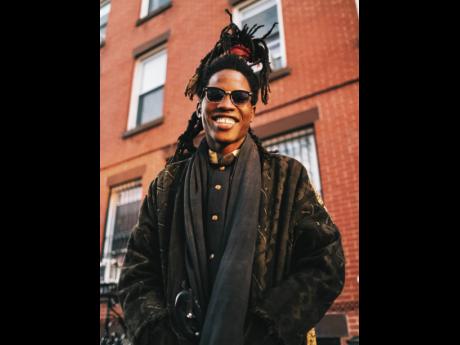 If you happen to see a Rastaman with locks reaching up to the sky, and it’s not David Hines from Steel Pulse, chances are it may very well be Blvk H3ro (pronounced Black Hero). The singer and songwriter readily admits that his conversation-starting hairstyle was inspired by that of Hines. Interestingly, however, Blvk Hero’s singing style is not compared to Hines’. Rather, he is called the“Bob Marley who can sing like Michael Jackson”.

“Yes, I have that Michael Jackson sound,” he said with a laugh, referring to his soaring tenor, which can seamlessly transition into falsetto. And Blvk H3ro channels all of this in his song Outside, produced by Elite Generation Records and which dropped last Friday. Described as “a heart-felt tapestry of sound lifting the spirits of the world’s downtrodden in these difficult times”, the singer told The Gleaner that Outside was born out of a moment of frustration. “When the time comes, it will be a different type of outside,” he said seriously. “You have to be careful when you are outside of your ‘safe’ environment. Wear yuh mask and ask Jah Jah for ‘wings like eagles mek we fly ova dem evils’,” he said, quoting from Outside. “It’s the first official release for me this year, and it is one of those songs that after yuh done play the party song dem, this is what yuh drop asleep with,” he added.

Friday also saw the première of the trendy short-film visuals, directed by Hugh Miller of JusHugh Productions. It tells the story of an aspiring boxer exploring his struggles and eventual triumph. For the artiste, whose star is in the ascendancy, that boxer could have been him.

When The Gleaner caught up with Blvk H3ro, he was hanging out with producer Walshy Fire, and he shared that he was steadily building his résumé. “I am doing some work with Teflon Zinc Fence, Izzy Beats, and am involved in lots of international writing sessions and collaborations. But I can’t talk too much about them now,” he said. “Just think of some of the biggest names,” he teased.

There was one project that he could talk a little about, however. “I connected with UB40 and have three songs on their new album,” he shared. UB40 are an English reggae and pop band that has had over 50 singles in the UK Singles Chart and has also achieved considerable international success.

Blvk H3ro, who has strong roots in the church and who prefers to see the similarities between Rasta and Christianity rather than the differences, says he wants to be a real cultural ambassador. “I want to stay clean and provide a different avenue for the youth,” the Excelsior High School graduate, who grew up in Waterford, St Catherine, stated.

He firmly believes in the saying “ a child shall lead them”, and it was partially for that reason that he waded into the brouhaha surrounding Rasta elder Mutabaruka and Rastafarian singer Fantan Mojah over the artiste’s song and video titled Fire King. “I should plead the fifth on that question, but I will answer. Everybody is really caught up in themselves and forget that as Rasta, there is a reason why you speak what you speak, why you dress how you dress, and why you wear the crown. This is a clash of ego – one man not liking what another put out – and this whole thing just mek Rasta look a way,” Blvk Hero said.

He explained that he could relate on one level to Fantan Mojah doing a different type of song to get the ears of the people. “I had to do Young Boss to make Jamaica hear me. But Fantan should have ignored the media hype and let the song play. And then he stepped way out of line when he mentioned Junior Gong’s mother. Fantan, you do music. That’s your job. And if Muta doesn’t like it, so be it. It is probably his job to say it,” he shared.

Born Hervin Augustus Bailey Jr, Blvk H3ro is the child of a minister, and it was music at church that first excited his creativity. In 2016, Blvk H3ro and the Reggae Soul Band successfully completed a festival tour of Europe to promote the single Feet Don’t Fail from his debut album, The Immortal Steppa. “The best part about music is not having a boss. I am a rebel. They say that music has a gatekeeper, but really, the only thing the gatekeeper does is makes it a bit more difficult to get inside. They can’t lock you out,” the former National Commercial Bank worker declared.