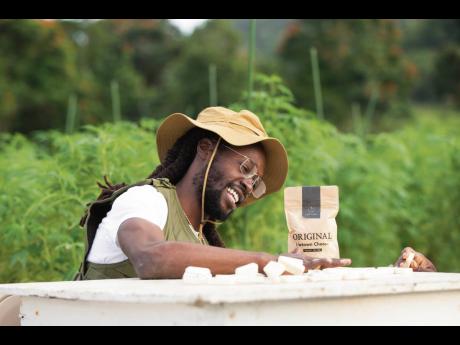 Reggae star Jesse Royal has officially been welcomed into the family of renowned Jamaican cannabis company, JACANA. His role is to help drive the brand’s strategic direction and will see him continue his advocacy for the liberalisation of ganja.

“It’s an honour to welcome Jesse Royal to the JACANA family. Jesse is an extraordinary artiste and we share many of his passions, including a deep respect for the plant and its positive impact on our society. We are excited to collaborate with him in the coming months on a number of projects, including social justice reform and community initiatives,” Alexandra Chong, CEO and founder of JACANA said.

“Everyone deserves the best. Jamaica is known for its high-grade herb and JACANA is dedicated to delivering high-quality herbs that everyone can afford. Time to end the picking and choosing of who gets the clean and pristine herbs,” said Jesse Royal, who recently released his new single, Natty Pablo, a tribute to Rastafarianism’s endurance.

Royal and his girlfriend, Kandi King, also recently welcomed a baby daughter, Korus, into their family.