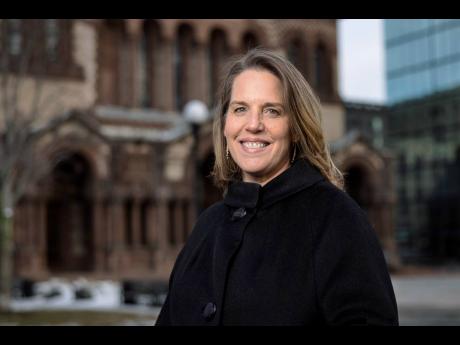 AP
Gail Samuel is the Boston Symphony Orchestra’s (BSO) new president and chief executive. Samuel, who will take on the role in June, will be the BSO’s first female president.

Gail Samuel is the next president and chief executive of the Boston Symphony Orchestra (BSO).

Samuel, currently the president of the Hollywood Bowl and chief operating officer of the Los Angeles Philharmonic, will be the BSO’s first female president and the eighth president overall in its 140-year history when she takes over on June 21.

She succeeds Mark Volpe, who is stepping down after 23 years.

As president and CEO, Samuel will lead the orchestra, the Boston Pops, and Tanglewood.

While at the LA Phil, Samuel maintained the largest operating budget of any orchestra in the country, recruited a diverse staff representative of the greater Los Angeles community, and supported the work of Music Director Gustavo Dudamel’s Youth Orchestra Los Angeles programme, according to a BSO statement.

She is also credited for transforming and expanding the reach of the Hollywood Bowl.

“The opportunity now to lead one of the world’s best orchestras, in a rapidly changing metropolitan area such as Boston, is an exciting new challenge and a dream project,” Samuel said in a statement.

Prior to joining the Los Angeles Philharmonic, Samuel held positions with the Minnesota Orchestra, Yale University, Boston University Tanglewood Institute and the Young Musicians Foundation. She studied violin and earned undergraduate degrees in music and psychology and a master’s degree of business administration from the University of Southern California.